Not wanting children is the root of our moral chaos

Abortion rates are rising and the Church seems powerless to resist the onslaught of LGBT infatuation shown by supermarkets, banks and local councils. Indeed, most churches will not discuss abortion and … END_OF_DOCUMENT_TOKEN_TO_BE_REPLACED

How God turned my marriage around 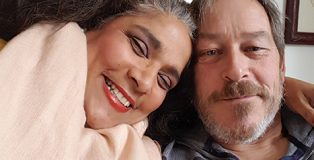 Captain Sharon O’Connor was used to ordering men around in the army, but after 27 years of trying to wear the trousers in her marriage, she finally realised something had to change

END_OF_DOCUMENT_TOKEN_TO_BE_REPLACED

With her marriage on the rocks, Sharon O’Connor felt God tell her that SHE was the problem

END_OF_DOCUMENT_TOKEN_TO_BE_REPLACED

This is not a mistake – I have chosen to take him” 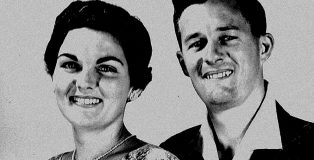 The first time Colleen Hurd’s husband was on the verge of death, God healed him overnight. But the second time, hearing God’s audible voice gave her supernatural peace to enter widowhood. She describes how God’s sovereign timing unfolded

END_OF_DOCUMENT_TOKEN_TO_BE_REPLACED 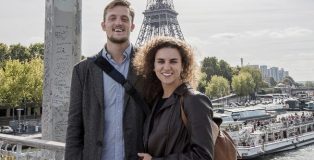 Happiness for Aisling after her legal ordeal

Last February we reported on the brave and lonely struggle of Aisling Hubert, the young woman landed with huge legal costs after the CPS (Crown Prosecution Service) would not allow her to sue two doctors caught offering to abort unwanted baby girls.

Had the costs not been met, she could have faced prison.

HEART readers responded generously to the call to support Aisling and, along with donations from Christian Concern supporters, her costs were met.

But it turns out that Aisling’s battle, which began when she was just 21, was not as lonely
as supposed. Among those praying for her was Jake Goodison, a young man whom she had begun to think of as a best friend; now they are engaged and plan to marry next June. END_OF_DOCUMENT_TOKEN_TO_BE_REPLACED

SECOND TIME AROUND WE DISCOVERED THE MISSING INGREDIENT IN OUR MARRIAGE! 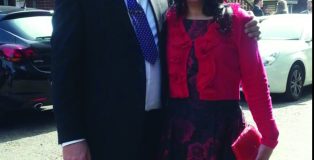 As Valentine’s Day looms again, a true story with a happy ending

If you’re one of the thousands of singles and divorcees NOT booking a table for two on February 14, be encouraged by the story of … END_OF_DOCUMENT_TOKEN_TO_BE_REPLACED

Music and marriage tips for refugees 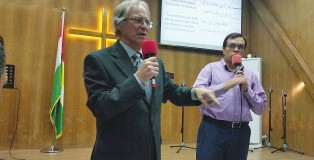 This paper has reported extensively on the devastating impact of Isis on Iraq’s civilians, including the scandal of our government only taking refugees from UN camps which Christians are scared to enter.

But now we have a positive story! Larry Gentis from West Sussex spent a week in Erbil, Kurdistan, teaching music to Christian refugees and venturing to give marriage tips in a very different culture. END_OF_DOCUMENT_TOKEN_TO_BE_REPLACED

Deadlines: the uninvited visitor in our marriage 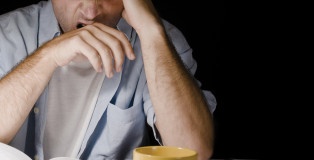 Larry Gentis and his wife Judy give marriage seminars. Larry says, “It seems to me that most men aren’t even trying to understand their wives.  I see husbands and fathers putting time into making money and working whilst neglecting the wife and family that God gave them”

The destruction of marriages is a slow but relentless process, which is why I sometimes feel that there aren’t many who see it, but I see marriages and families being destroyed right, left and centre around me. And the children suffer and learn it, perpetuating it. END_OF_DOCUMENT_TOKEN_TO_BE_REPLACED

Couple fall in love again after five years of divorce 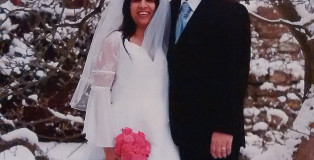 When a marriage ends in divorce it is much more than selling the house, splitting the CD collection and deciding who gets what: it’s a brutal emotional trauma. Rarely can love be kindled again.

But a Sussex couple have found that God heals hearts – and after five-and-a-half years of divorce, Benzer and Sandra Fernando were remarried. In January, they celebrated six years of being together again. END_OF_DOCUMENT_TOKEN_TO_BE_REPLACED 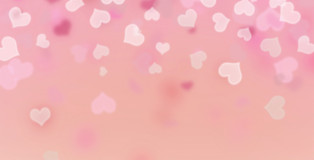 As Valentine’s Day approaches, I’d like to share a process with you that was a turning point in our marriage.  While I’m thankful that someone has thought to put aside a special day to honour love relationships, I believe that stable love happens in the everyday trenches of living together. END_OF_DOCUMENT_TOKEN_TO_BE_REPLACED