Pastors in South Africa have been asked to help mobilise Christians to sign a petition opposing the recent downgrading of the country’s diplomatic relations with Israel.

END_OF_DOCUMENT_TOKEN_TO_BE_REPLACED

A new Palestinian party has been launched advocating the acceptance of Israeli rule – a ‘one-state solution’ – because “people want economic stability”, according to founder Ashraf Jabari.

END_OF_DOCUMENT_TOKEN_TO_BE_REPLACED

Israel’s UN Ambassador Danny Danon dramatically held up the Bible as the ‘deed’ to their land during a special session of the United Nations Security Council.

DOUBLE TROUBLE: Christians and Jews are both in the firing line

Why I sense that God is speaking to both Christians and Jews, telling us we’re in this together

With Israelis recently bombarded by 700 rockets within the space of a single weekend in May, courtesy of terrorist neighbours Hamas, it is well to recall that – 80 years ago – it was the British government pulling the trigger. END_OF_DOCUMENT_TOKEN_TO_BE_REPLACED

“Deep anger and real fear” at the Allies’ attacks 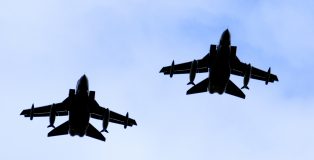 The HART report by Baroness Caroline Cox and Rev David Thomas on their visit to Syria this April does not claim to address all the complexities of the Syrian civil war, but gives voice to civilians who have very similar concerns.

END_OF_DOCUMENT_TOKEN_TO_BE_REPLACED 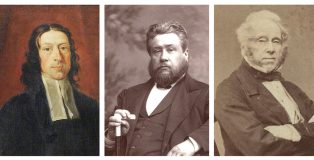 Distinguished evangelicals who would not ‘keep silent’ about the physical restoration of Israel (Isaiah 62:1-6): left to right, John Wesley wrote about it, C H Spurgeon preached about it, Lord Palmerston proposed it

END_OF_DOCUMENT_TOKEN_TO_BE_REPLACED

The Arabic N for ‘Nisrani’ or Nazarene was painted on the doors of Christian homes in Mosul by the Islamic militants. Believers around the world are now using the symbol in social media such as Facebook and Twitter to express solidarity with the persecuted Iraqi Christians.

THE REMAINING CHRISTIANS OF MOSUL, which was Nineveh in the Bible, were forced to flee their homes after Islamist militants threatened to kill them if they did not convert to Islam or pay the jizya tax. If they could not pay the tax to IS, the new name for ISIS (Islamic State of Iraqand Syria), they had to leave Mosul by noon on 19 July without taking any of their possessions with them. END_OF_DOCUMENT_TOKEN_TO_BE_REPLACED

Gaza – Blockaded or in Quarantine? 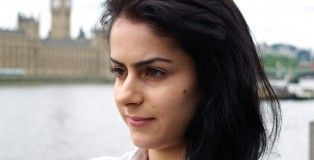 One of the speakers at Howard Stern’s next Emmaus Group conference this November  is a 28-year-old Palestinian Christian woman known as Christy, who was granted asylum in the UK after death threats forced her to leave her family in Bethlehem.

For many years, Israel’s opponents have filed endless allegations against its military blockade of Gaza. Rallies, protests and campaigns around the world cite Israel’s military blockade of Gaza as a serious contribution to the suffering of Gaza’s 1.7 million inhabitants. Gaza has been described as an overcrowded open air prison. In actual fact, its population density per square mile is less than the London Borough of Croydon. END_OF_DOCUMENT_TOKEN_TO_BE_REPLACED 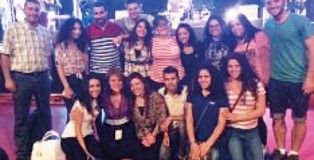 MESSIANIC JEWS AND ARAB CHRISTIANS met together to dance, sing and praise the Lord – and pray  for peace amidst the conflict in Israel.