The Cayman Islands Court of Appeal has overturned a previous ruling that legalised same-sex marriage. However, the court ordered the government to “expeditiously” provide a lesbian couple with legal status equivalent to marriage.

Meanwhile, the autumn assembly of the Federation … END_OF_DOCUMENT_TOKEN_TO_BE_REPLACED

UNESCO tries to impose liberal sex views on the world

The UN agency for culture and education, UNESCO, wants governments to “overcome social opposition” to abortion and gay rights.

A UNESCO document explores ways of manipulating public opinion on abortion rights, gender identity and homosexuality so that these subjects can … END_OF_DOCUMENT_TOKEN_TO_BE_REPLACED

Forcing gay marriage and abortion on NI is “cultural imperialism”

Parliament voted in July to impose same-sex marriage and abortion on Northern Ireland, with no say given to the people of the province.

Evangelical Methodists have called on their denomination to stay true to the Bible, after the Methodist Conference voted in principle to support same-sex marriage.

The US Supreme Court has overruled a lower court decision against a Christian bakery that refused to make a cake for a lesbian wedding.

For the owners of the Oregon bakery, Aaron and Melissa Klein, it was the end of … END_OF_DOCUMENT_TOKEN_TO_BE_REPLACED

Last year the government sought to amend its guidance to prevent teachers in independent schools, including Christian faith schools, from defending traditional marriage. That guidance has now been changed, due largely … END_OF_DOCUMENT_TOKEN_TO_BE_REPLACED

UK out of step on gay marriage 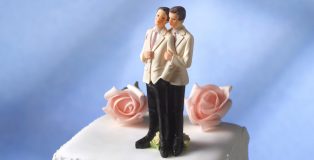 Contrary to the impression often given in the UK media, the UK is in the minority when it comes to accepting same-sex marriage – even in Europe.

Christian clerk jailed for beliefs campaigns to get her job back 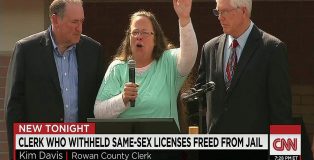 Kim Davis thanks God on her release from jail

A Kentucky clerk jailed for refusing to sign gay ‘marriage’ licences is running for re-election.

The Church of England is to consider whether to offer blessing ceremonies to same-sex couples.

One of the five cathedrals singled out for the Reformation challenge was Hereford, whose bishop, Richard Frith, has succeeded in putting before the General Synod a motion … END_OF_DOCUMENT_TOKEN_TO_BE_REPLACED 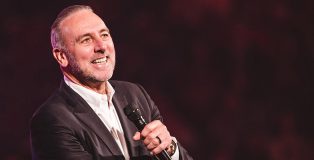 The results of a national ballot on same-sex marriage in Australia will be announced on 15 November.

The voluntary postal voting (a mandatory vote had been considered) runs from 23 September to 27 October. The ballot, costing $122 million, asks: “Do you support a change in the law to allow same-sex couples to marry?”  END_OF_DOCUMENT_TOKEN_TO_BE_REPLACED