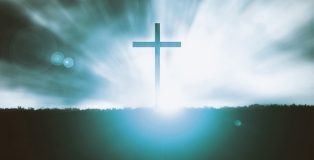 History proves that it is precisely in turbulent times – … END_OF_DOCUMENT_TOKEN_TO_BE_REPLACED

Asia Bibi suffered beatings, wrongful imprisonment and the threat of hanging – yet where was her support among the ‘sisters’ of the feminist movement? Or the UN?

The UN passes resolutions in support of many victims, yet has not condemned … END_OF_DOCUMENT_TOKEN_TO_BE_REPLACED 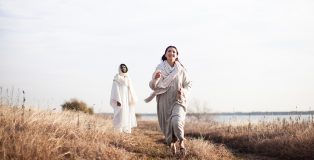 As Christians across the globe celebrate the death and resurrection of Jesus Christ this Easter, many people still view him as just another great moral teacher. Yet one thing sets him apart from all other religious leaders in history – he is the only one who has risen from the dead. Christians’ belief that Jesus is alive today is not blind faith but confident trust, backed up by historical facts! Just look at the evidence…

END_OF_DOCUMENT_TOKEN_TO_BE_REPLACED 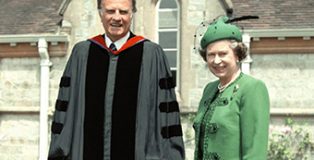 Rev Graham on a visit to Queen Elizabeth in 1989

BILLY GRAHAM was a country boy raised on a dairy farm in Charlotte, turned world evangelist. He prayed with every US president from Harry S Truman to Barack Obama.

Back then, “Billy Frank” preferred baseball to religion. “I detested going to church,” he recalled.

END_OF_DOCUMENT_TOKEN_TO_BE_REPLACED

Apology from the editor

I apologise if some readers feel upset reading these abortion articles and wish to affirm that Christians do not condemn women who have had abortions. Rather, the Church can provide healing and restoration.

Back in 1994, I was commissioned to write … END_OF_DOCUMENT_TOKEN_TO_BE_REPLACED

Is Boris backing a ‘Pink’ Bible? 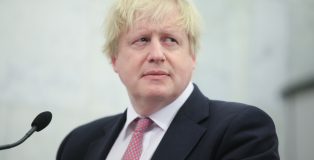 By Andrew Halloway and Melanie Symonds A FOREIGN OFFICE THINK TANK WANTS THE BIBLE TO BE ‘REINTERPRETED’ TO SUIT THE LGBTI LOBBY.

Even worse, it argues that this theology should be required teaching in all churches, Sunday schools and Christian … END_OF_DOCUMENT_TOKEN_TO_BE_REPLACED 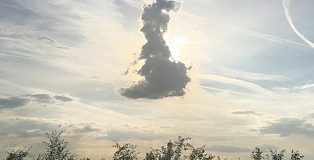 Is this picture an encouragement to pray?
Cloud formations appearing to be in the shape of Great Britain have been snapped three times since 2009. This latest one was taken in Huddersfield and sent to the BBC on 15 June (Credit: Golcar Matt/WeatherWatchers)

The Day of Prayer announced for 8 September is not really a National Day of Prayer for the simple reason that the government and monarch have not endorsed it.

Both Buckingham Palace and Lambeth Palace have turned down requests for a national day of prayer for several decades.

The Queen has been repeatedly asked to call for a national day of prayer like her father, King George VI did in the dark days of World War II.

One of the founders of the 1960s Festival of Light (which culminated in two large rallies in September 1971), the late Steve Stevens DFC, wrote regularly to the Queen to request that Her Majesty would call such a day as Head of the Church of England and Defender of the Faith.  END_OF_DOCUMENT_TOKEN_TO_BE_REPLACED

Several strong prophecies have been circulated this summer, principally that of David Noakes given on 17 June at a meeting in East Grinstead.

Clifford Hill who writes in this paper had a prophecy at the end of  July; both his and David Noakes’s prophecies are printed on the Prophecy Today website. END_OF_DOCUMENT_TOKEN_TO_BE_REPLACED 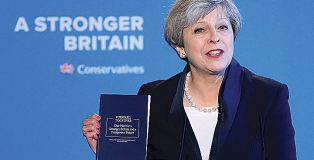 END_OF_DOCUMENT_TOKEN_TO_BE_REPLACED

“A nation is righteous in God’s eyes because of its Church; when the Church walks in righteousness, there’s hope for the nation. As churches rise up and proclaim the Gospel, the nation will change and be righteous again.”

This is what one Sussex pastor said to his congregation this year, echoing the accepted wisdom among those who pray for revival. END_OF_DOCUMENT_TOKEN_TO_BE_REPLACED