Music and marriage tips for refugees 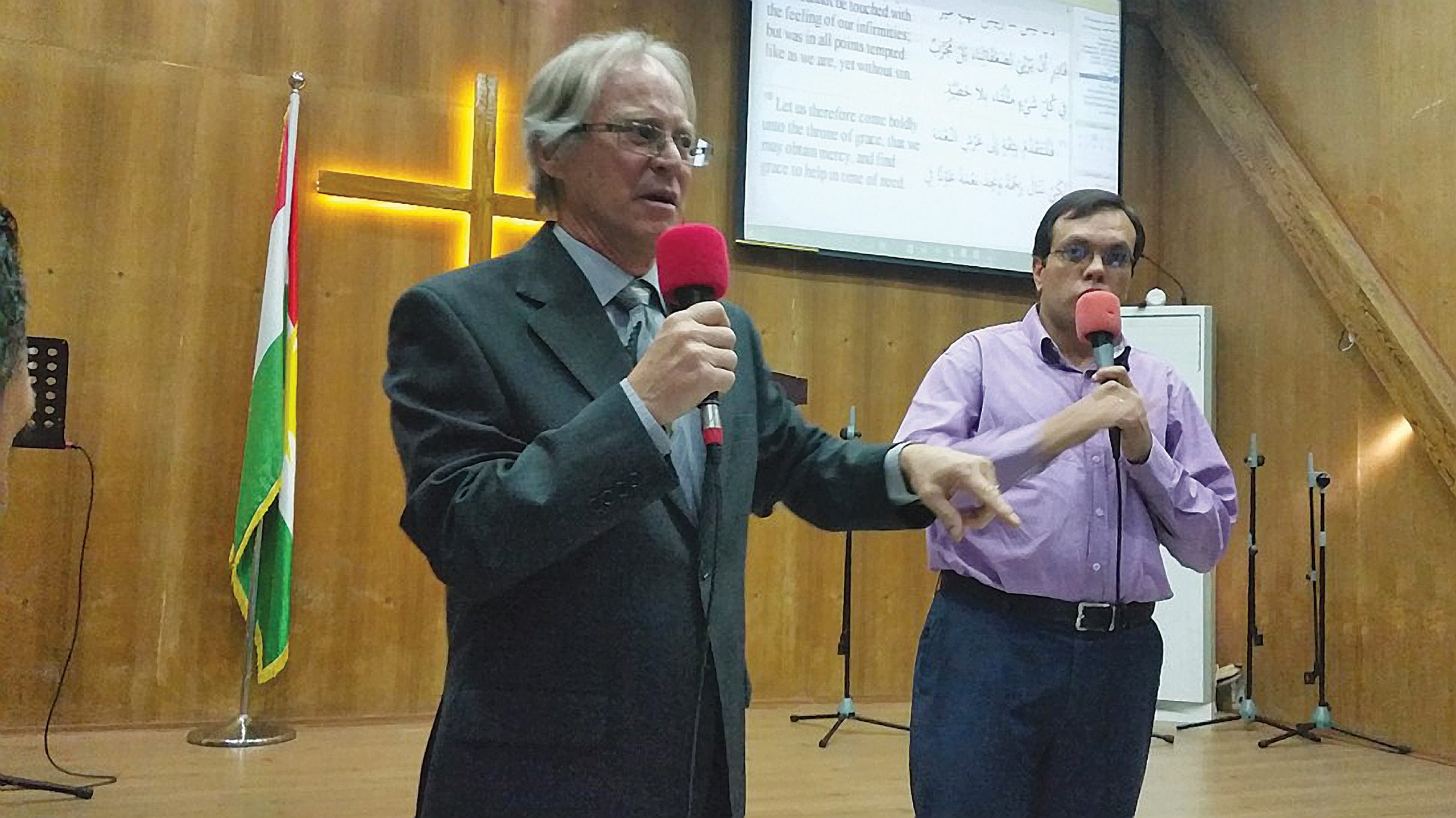 This paper has reported extensively on the devastating impact of Isis on Iraq’s civilians, including the scandal of our government only taking refugees from UN camps which Christians are scared to enter.

But now we have a positive story! Larry Gentis from West Sussex spent a week in Erbil, Kurdistan, teaching music to Christian refugees and venturing to give marriage tips in a very different culture.

When Jamal invited me to teach for a week in Kurdistan, I only knew what I’d read in the news, so I was very keen to respond to his invitation and get to know the refugees first hand.

Jamal Laddawi, the founder and director of the Educational Cultural Centre to Serve Displaced Christians has been working with refugees in Erbil, Kurdistan for many years. This is an autonomous region in the north of Iraq. The city of Erbil is 50 miles south-east of Mosul, which is under Isis’ control. Kurdistan has welcomed thousands of Syrian, Kurdish and Iraqi Christians who fled their homes in haste.

I was reminded of Galatians 2:10:  “They only asked us to remember the poor — the very thing I also was eager to do.”

The Centre for Displaced Christians has its own building with classrooms and furnishings, dedicated to teaching the refugee communities subjects useful for their futures.

It has links with local churches, such as “The Good Shepherd”, pastored by Sabri and his wife Nahala, who live in Erbil and handle the day-to-day running of the Centre.

The people we taught are mainly Arab Christians. We went to distribute food and necessities to the Yazidi ethnic group, who are facing great challenges, living in very primitive conditions in the middle of a bustling and prosperous city. They are treated with little or no respect. It is believed by some that they are “devil worshipers” and to be exterminated.

I taught daily music classes in four-hour sessions and did a one-day seminar on marriage. There were other teachers for subjects such as counselling for the refugees, computer skills, sewing and hairdressing for both men and women.   At the successful completion of each course they are provided with equipment so that they can go straight to work as quickly as possible.

The seminar on marriage went very well indeed with about 25 couples in attendance.  I knew that this was quite a different culture and a certain latitude was necessary if they were to be reached.  The men in this culture are very sensitive to anything that will challenge their supremacy over their wives, so it was a “tightrope walk” to get across certain concepts.

As an example, during the section on communication I wanted to get across the concept of a husband listening to his wife.  This did not go over well because they felt that this challenged their position of authority over their wives!

I reassured the men that this didn’t mean we were stupid, just different, and that by God’s Word we are supposed to be responsible for our wives and families.

Once this was established, I was able to convince them that their wives were well worth being listened to, and finally there was agreement by all concerned. Judging by their expressions, I believe the women were happy to see their men running with this!

Whenever we weren’t teaching, Jamal and I met with officials in the Ministry of Religious Affairs and other politicians.  There is currently an effort to change interpretations of faith that promote hatred and to replace them with those of tolerance.

Refugees who had no hope are now finding it, despite being in a stateless and homeless existence. Christians are still flourishing in their faith despite every attempt at genocide against them, and it was an honour to be able to be a part of their lives through faith, but also in practical ways!
Further information concerning this ministry can be obtained by requesting its monthly reports by email: jamala@worksmail.net