This is not a mistake – I have chosen to take him” 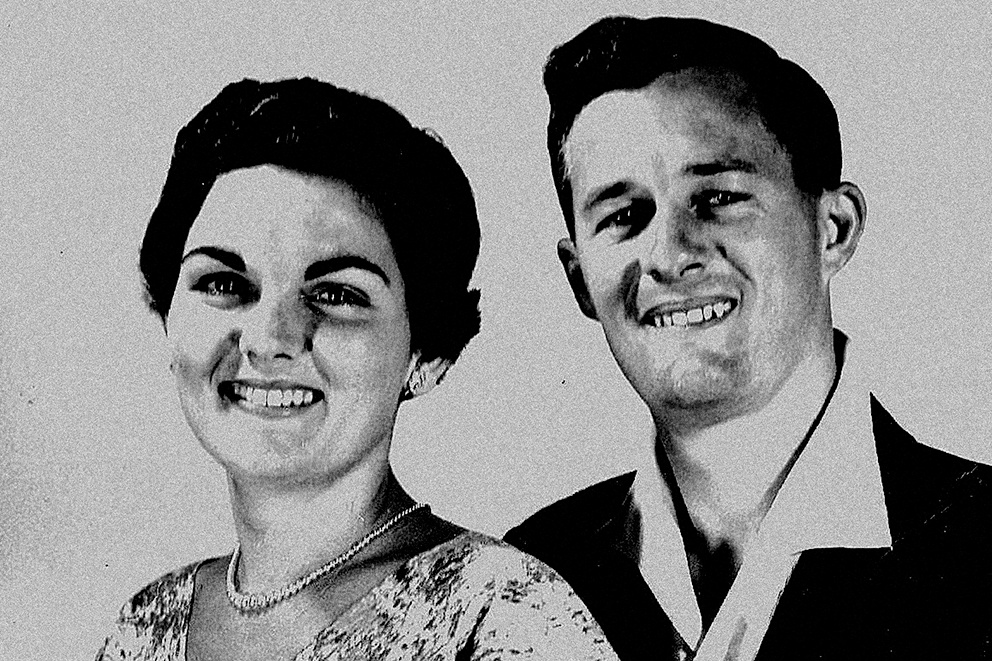 The first time Colleen Hurd’s husband was on the verge of death, God healed him overnight. But the second time, hearing God’s audible voice gave her supernatural peace to enter widowhood. She describes how God’s sovereign timing unfolded

“Oh God, please help me! I’m so afraid and desperately need a telephone to call a doctor.”

Gripped with anxiety and praying desperately, I watched my 45-year-old husband Peter writhing in agony as we drove home from a seaside weekend in our native South Africa. What had only been mild chest pain that morning had now alarmingly intensified.

Suddenly my prayer was answered when ahead I saw a blue flashing “OPEN” sign above an emergency pharmacy.  Running inside, I called the first doctor on their list who confirmed my worst fears: “Your husband is having a heart attack – you need to get him to the hospital without delay.”

My brother-in-law was on hand to drive us to Addington Hospital’s intensive care unit where Peter was safely admitted and placed on a drip.

Immediately I started a prayer chain that spread far and wide among family and friends. Knowing Peter had lived long enough to reach the hospital, I felt hope rising within me that God would heal him.

Having arranged with friends to look after our five children, I sat for five days beside Peter’s bed in the ICU, praying and watching him hold onto life by a thread, drained of all healthy colour.

Having been a Christian since the age of 15, my faith had grown through seeing God’s faithfulness in many other times of need. As I sat quietly beside the bed, God’s amazing, supernatural peace filled my heart with the assurance that whether Peter lived or died, I could trust my heavenly Father to look after our family.

On the fifth day I left the hospital when a ward sister came to spoon-feed Peter soup while another supported his limp body by the shoulders.

But the sight when I entered the ICU the following morning rendered me speechless. My husband was sitting up in bed, the picture of health, with his usual deep tan back. His eyes full of sparkle, he was joking with the sisters!

A miracle of God had taken place during the night.

I explained to the astounded doctors that God had answered our prayers. X-rays revealed total healing of the damaged heart muscles and Peter was discharged after two days of observation. God had granted him a new lease of life.

Our story together began back in 1959 when I first met handsome young Peter at a Methodist Youth Camp and married him two years later.

We purchased Ndulinde Store in Zululand in 1967 and moved with our children to start country life among our black customers in the rolling green hills.

Life was good until eight years later when government policy on white traders in rural stores had changed and we were forced to declare insolvency, losing both our home and livelihood.

In this desperate time we cried out to God for his help, and it was not long before his hand moved on our behalf in a series of answers to prayer that can only be called miraculous. This included provision of a dairy manager job for Peter in the midst of a severe recession.

A further miracle followed when we purchased our own home in faith without a deposit and later sold it for twice the amount!

Peter carried on working hard in his new job until the day of the heart attack in 1978 when the stress of the past few years caught up with him.

Yet after his heart had been healed supernaturally, doctors were puzzled when he fell seriously ill with recurring bouts of a mystery fever. After three months of tests it was diagnosed and treated as the virus ‘brucellosis’.

The Lord gave him the strength to carry on and in 1991, after several years working in South Africa, with our children now grown up, we sensed a call to Israel to volunteer with CMJ (the Church’s Ministry Among Jewish People), having first visited the land seven years earlier.

Thus we set off on a life changing adventure, spending a rich seven months at Stella Carmel Conference Centre near Haifa where we met visiting pilgrims, explored the country and worshipped with Messianic Jewish believers.

Our first granddaughter’s imminent birth in April 1992 brought us back to South Africa, but during our last Sunday service before leaving Stella, Peter had a profound experience with the Holy Spirit.

As the pastor prayed for him, Peter was overcome by the presence of God and sank to the carpet, where he lay for some time soaking in God’s love. When he stood up, his heart was filled to overflowing with the quiet peace and joy imparted by this divine encounter.

Before leaving, the principal of the International School in Jerusalem asked us to consider returning as staff members, but God had other plans.

Once back in South Africa we prayed for God to lead us into an avenue of ministry together, and after six months I was appointed hostess at the African Enterprise Centre in Pietermaritzburg. Peter and I both believed that this was God’s answer to prayer and we soon moved into a small cottage on the property, so happy to have entered a new season together in our fifties.

On our third day there, 4 November 1992, we woke to a glorious summer day and Peter set out on his daily walk. On his return an hour later he called to me from the front step, “That was tough going this morning, love, I really battled.”

Thinking he was just short of breath, I stepped out to sit with him on the porch and to my horror saw him breathe his last, aged just 59.

Suddenly a bombardment of memories of our last year together flooded my mind like shining arrows at supernatural speed. My heart was overcome by an outpouring of God’s love, peace and joy in such full measure that I could not contain it. In the days following Peter’s death I realised why God had blocked our return to Israel, and my grieving heart was deeply moved by the sense of his tender love and care.

At the age of 56 I transitioned into single life again under the wonderful care of Jesus who promises to be a husband to the widows, with heartfelt thanks to God for my rich marriage of 32 years to Peter.

In 2004 God called me to serve him in Hove, England. Now 81, I continue through my church and the Brighton and Hove City Mission to share the good news of salvation through Jesus Christ. Under the leading of God’s Holy Spirit, my life is full of exhilarating adventures with him.