We’re closer than we’ve ever been 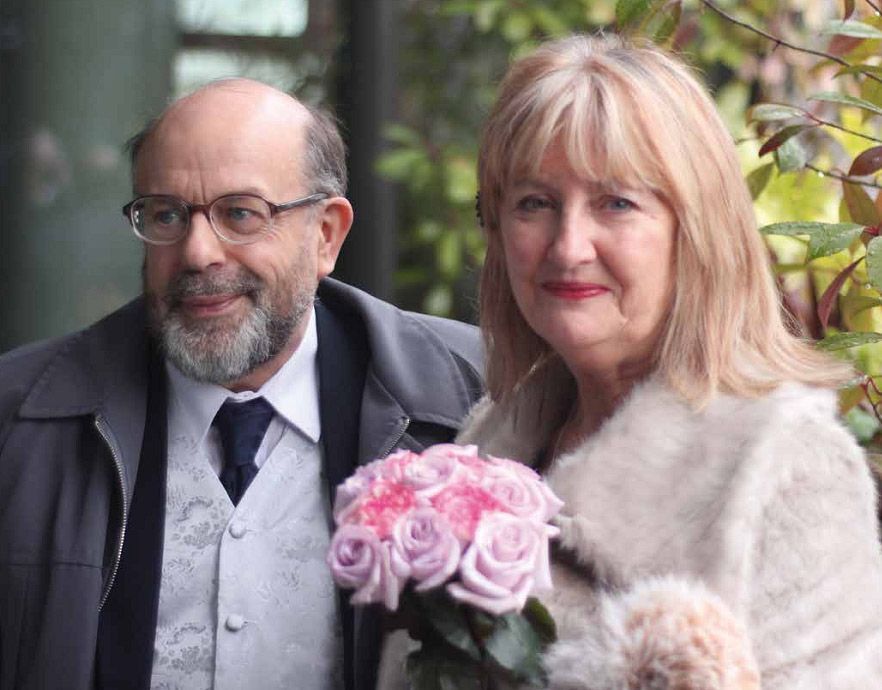 Marriage may be under attack, but God is in the business of mending broken relationships.  This is how Jane and Michael Neal  divorced – and remarried 12 YEARS LATER.

ONE OF MY FAVOURITE NAMES FOR GOD IS Yahweh Rapha (Exodus 15:26), the one who mends, who “stitches up”, who can wholly restore the rent in a covenant of marriage.

This came to mind many times when I was interviewing Jane and Mike Neal, who married, then lost and found each other again.

“The most significant thing we have learnt is about forgiveness.  Just that, if we want to forgive, and find it hard, especially when it is such a deep thing, and full of anxiety, the only person who can help us to do this is the Lord – he has forgiven us so much, and he is the expert.”  So wrote Jane recently about her remarriage to her husband, after divorce and more than 12 years apart.

Jane and Michael were first married over 35 years ago.  They had met, in their 20s, at All Souls, Langham Place, London.  Michael then introduced Jane to St Jude’s in Norwood – a traditional Anglican church which had a very powerful ministry with healings and miracles.

They continued there and became part of the ministry team. “We were both well grounded in the faith, able to minister in the gifts of the spirit and had sound Bible teaching”, says Jane, wanting to emphasise that marriage break-up can happen to anyone.

When their sons were small, (now aged 36, 34 and 31), they moved to the south coast, and here it was that their troubles began.

After difficulty finding a church where both felt at home, they had business problems.  They had invested in a franchise operation but it did not go well and they had to walk away from it, but much worse off.

“I went back to work with two sons at school and one still at home.  Business was bad, I was back at work and we had no real church home,” Jane recalls of this stressful time.

Jane went in and out of jobs doing temp work or whatever she could fit around the children’s needs.  Michael was working very long hours and Jane “lost touch” with him.”Quarrels and rows started”, continues Jane.

Then Michael met a woman at the church badminton club who had been recently widowed in tragic circumstances and needed support. “He tried to comfort her and became involved”, remembers Jane. “I knew this woman, but I couldn’t see her as someone who would break up my marriage.”

But Michael moved out and wanted to sort out the house and the children, so they got divorced.  Throughout the difficult years and the divorce in 1999, Jane maintains that she had always tried to keep the children close to God and told them, “The Lord will make things come right.

“I prayed and prayed and asked the children to speak to their father. They were not surprised at the divorce; they had seen it in friends and family and were protective of me,” she remembers.  By this time the elder sons were at college and the youngest was taking A levels.

Jane developed a successful second career as a tele-sales agent for a gas company and attended St Paul’s church in Worthing and then St Margaret’s Community Church (SMCC) in Angmering.

“Everyone tells you that you will meet someone else,” comments Jane, “but I looked up the scriptures and I wasn’t sure, even though I was not the guilty party.  Marriage is a covenant for life.”

During this time Michael set up home in a flat in Worthing, but he never married the widow, and they did not live together, despite holidaying together.  He was running his own computer repair business, and working as a bus driver.  By now Jane realised that his relationship had petered out.

“I prayed a lot for Michael to come back to God, and left our relationship to the Lord to sort out,” says Jane.  “We would travel together to see our sons in London for birthdays and Christmas, and attend their events and exhibitions.  Eventually I suggested that we could get back together.”

After Michael admitted that he still loved her, his faith, which had previously been so vibrant, started to rekindle, so when staying in London they attended All Souls, Langham Place.  Soon Michael also began worshipping at SMCC with Jane in Angmering.

With their hearts open to God and increasingly to each other, it was not long before Jane began to realise that Michael needed someone to look after him in his later years:  “I wanted to care for him.  The Lord said similar things to Michael about me.  Then Michael told me that he still loved me.”

Michael comments, “Things were working against us both at the time we split up.  We have both matured a lot since we have been apart and are now able to identify areas that need attention.  Had we been able to sort them out earlier, we would probably have stayed together.  There has been a tremendous amount of prayer from people.”  This, he adds, helped them overcome the unresolved issues.

“No matter how far away we went, God brought us back,” says Michael, “We are now a lot freer to worship him together.  Previously, even getting together with God became a problem.”

Michael felt God calling them back together about four years before the remarriage and he broached the subject with Jane.  It started the process that ended up with them getting together.

Now remarried two years, he adds, “We are trusting that God will continue to help us to deal with issues.  God had to deal with us separately.  Things happened while we were apart which we have now managed to turn around and resolve and we are now closer than we have ever been.”

Michael and Jane received a lot of help from Sozo Ministries in Romsey, who provided the main part of their pastoral care which, together with a lot of prayer, has brought the healing they needed. Michael’s advice to anyone in the same situation is “to lay everything before God”.

So in the autumn of their lives, Michael and Jane were remarried in a registry office in Crawley in 2011, when their son Jonathan gave Jane away.

And they really felt that God was smiling on their happiness when they had a celebration among church friends: “We renewed our vows in a lovely ceremony at SMCC in January 2012,” recalls Jane.

Is their relationship different now?  “Yes,” says Jane, “it has changed.  We have both changed as people; we are both more mature now.  We have a good relationship and are both walking with the Lord.”

As a friend remarked recently, the Lord has also done this with Israel.  He has taken her back and restored the broken covenant between them many times.

IS MARRIAGE FOR LIFE? Read Clifford Hill’s answers to divorce and remarriage