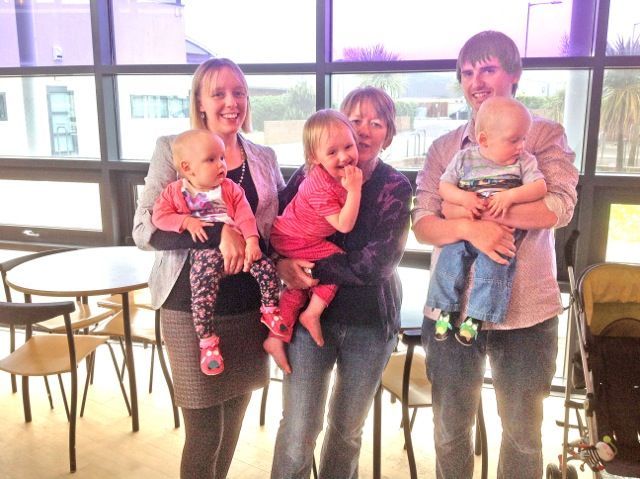 SUE LOGAN thought it was a con job when a letter arrived asking if she’d accept an MBE.

The MBE is in recognition of her outstanding care for the disadvantaged, which Sue attributes to her Christian faith.  Sue, a member of Coastlands Church, Peacehaven, has already featured on BBC Radio Sussex last October, when presenter Danny Pyke asked, “What does your faith mean to you?  How do you think people without your faith cope?”

Widowed in 2010, granny Sue has devoted her life to caring for disabled children as a very special foster mum.  She loves them so much that she adopted four of them to add to her own family of four.

Sue, whose eldest son is 44, explained that her faith has inspired and sustained her over many years of demanding care, including the tragic death of one of her charges.

With husband David, Sue began fostering when their daughter Hannah, now 26, was just three.  In the 23 years that followed they fostered a series of children alongside bringing up their own three boys and Hannah, who, with husband Charlie, has moved in with mum to help her cope.

Sue’s first foster child was Rachel, whose natural mother had inflicted a brain injury on her.  Sue and David adopted her in 1991.  While continuing to provide respite care for other special needs children, Sue adopted three more.  One, Daniel, arrived aged six with cerebral palsy and died at 14.  Sue still starts to cry at the memory, but says, “He’s in heaven now.”

Sue has also survived the recent illness and death of David, who was her second husband.  Diagnosed in August 2009 with lung cancer, he died the following March.  Two weeks later, Sue was diagnosed with Parkinson’s disease, but she does not let it stop her busy daily routine.

Thanks to a life quietly laid down for the benefit of the helpless, it would be hard to think of a more deserving case for the award.