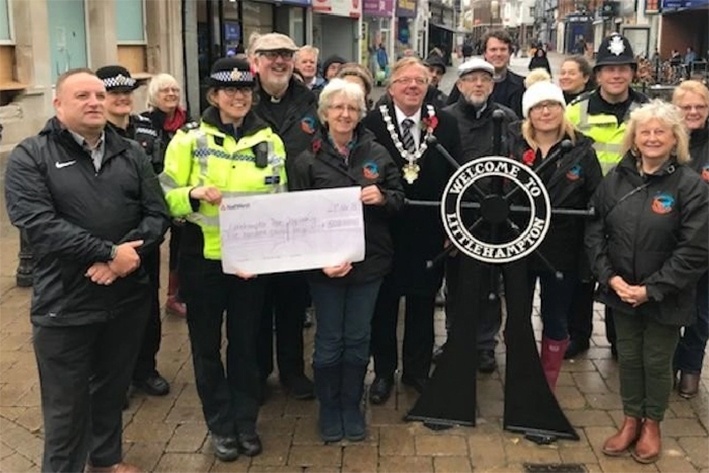 Chaplains bring light to the high street
The cheery faces of Littlehampton’s town chaplains have recently become a familiar sight on Littlehampton’s high street.
While the West Sussex town’s sandy beaches draw plenty of families, it has also had its share of crime, so a group of local churchgoers now aim to be a “calming influence”. As trained volunteers, they go out every Friday, providing a listening ear to lonely shoppers and befriending the homeless.
It was a town centre stabbing that prompted the launch of the chaplaincy in November 2018 after local churches realised the need for a pastoral presence in the town. Sussex Police donated £500 to pay for the chaplains’ uniforms.

“I became fed up with just sitting in pews”

Councillor Marian Ayres, 70, who helps run the project, told HEART she relishes the chance to connect with the locals: “I became fed up with just sitting in pews.

“We often chat with people over coffee as friends and confidantes” 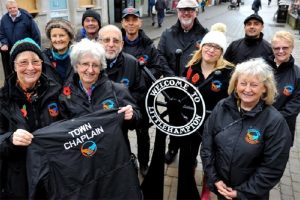 “We always ask permission to talk about our faith, but many are pleased to listen and some even accept us praying with them. We often chat with people over coffee as friends and confidantes.”
Marian was formerly Mayor of Littlehampton and leads the team of 23 chaplains from eight local churches alongside Rev Martin Seymour of Littlehampton Baptist Church and Stephen Chitty from Arun Church.

Marian, who is a member of All Saints Church, Wick, says, “We do not interfere but aim to be a calming influence. Recently a business warden was wrestling a shoplifter to the ground, and an off-duty prison officer thrust the handle of a pushchair into my hand and went to give help.

A business warden was wrestling a shoplifter to the ground

“Another time, two men had found a drunk girl in a very vulnerable situation and asked us to help.”
Littlehampton Town Centre Chaplaincy is part of The Alliance of Town and City Chaplaincies, a UK network which includes groups in Guildford, Basingstoke, Petersfield, Havant and Luton.
“I don’t know why more people don’t do it,” Marian says. “It is never a chore to put on the jacket and get out there!”