Although over 1,800 pastors signed a letter condemning the introduction of vaccine passports to public places, some churches are going ahead of the government and requiring proof of vaccination or a recent test. Denied entry to church, those who don’t comply feel like the new lepers!

No doubt some church leaders feel that they are protecting their congregations by imposing restrictions, but others would argue that there is no hard and fast evidence that the new injections prevent transmission.

The subject is sensitive because it involves a personal, medical decision over taking experimental medication still in its trial period.

For many the decision to refuse or delay the jab has been a painful one, as they have resisted not only pressure from the media and NHS, but from family and friends, who are also influenced by the media to think that the vaccinations would provide protection.

It is not just denominational churches that have taken this step. HEART has heard that apparently evangelical or charismatic fellowships have restricted entry to the jabbed.

One woman was told that, due to her decision not to take the Covid injection, she would not be able to join a reputedly Bible-believing fellowship in the north of England. An elder told her apologetically: “I never thought I’d have to say this.”

In Cornwall, a couple have been unable to attend their Anglican church because the vicar has restricted entry to the vaccinated. 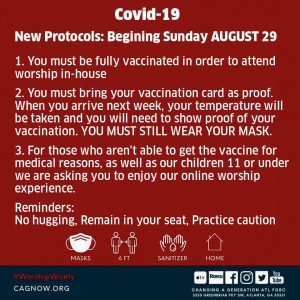 Another woman, Joanna (not her real name), told HEART that she was numb when her fellowship, after a long period of closure, decided to make one jab or a test that morning the condition of entry until further government restrictions had been eased.

She described her West Midlands fellowship as having been “radical, pro-Israel, very vocal on big issues such as human trafficking, abortion, euthanasia and strongly supportive of traditional marriage.”

As the vaccine rollout began, word came from individuals at the church: “I’ve had my first jab … I’m going for my second…” This was accompanied by joyful emojis.

Joanna believes that God showed her that Covid had become an idol.

She had been researching the medical background to the crisis and challenged the elders on their statement, but they struggled to find a common understanding.

“Perhaps [my family was] too radical, but if anyone was ill in New Testament times, Jesus would have touched them and they’d have been healed.”

The family left the fellowship on good terms, but Joanna felt devastated. As a single mum, her Christian support network was very important. On a walk, she poured out her heart to God, telling him: “I’m feeling very isolated and alone.”

Then, amazingly, she believes she heard God say: “I can’t visit there either because I haven’t had the jab or been tested!”