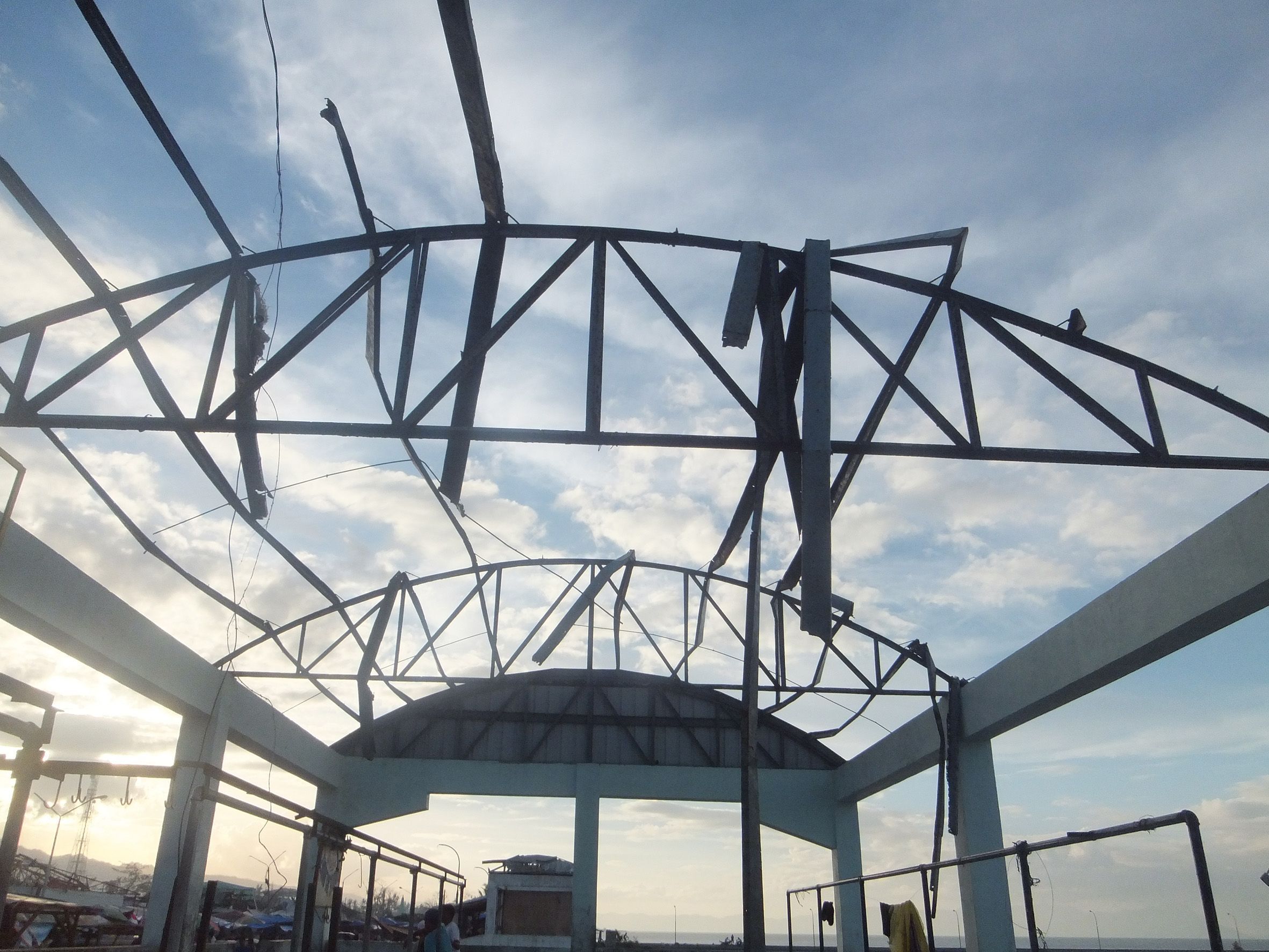 A SUSSEX woman was reunited with her brother and their elderly mother after they were feared missing in the recent tropical storm that left widespread destruction across the Philippines.

Ramona Stevens first saw the devastation of Typhoon Haiyan on the BBC news, and was not expecting her relatives to survive. But after much prayer and concern – with support from her local church, Coastlands in Worthing – Ramona travelled to the Philippines and tracked down her mother and brother, who had survived with his wife and baby.

She finally found her mother in a tiny house which her brother had made from the wreckage of her home in Capoocan in the province of Leyte. “Damage to houses and government infrastructures was widespread,” is how Ramona described the scene.

“A number of trees were uprooted. Electric cables were down. I couldn’t believe what I was seeing. This devastation looked like a war zone…

“I asked my mum how she survived,” said Ramona. “She said when the storm was coming, she prayed the prayer I taught her, ‘pray in Jesus’ name’.”

Typhoon Haiyan, known as Typhoon Yolanda in the Philippines, was an exceptionally powerful tropical cyclone that devastated portions of Southeast Asia in November 2013. There are still concerns over more storms in the region.

Ramona was also troubled at the lack of visible help for the victims, although billions had been donated after the hurricane to help the victims. “It’s known around the world that corruption is deeply rooted in the government system. It’s better to give your donations directly to Christian churches in the most affected areas.

“What I would like to ask Christians is to pray that the spirit of corruption in the Philippines government will be broken, and to remember that these poor victims were victimised twice (first by Haiyan then by the government due to its lack of urgent assistance to the victims). When I left, the worst hit island was in an awful condition and bodies were still being discovered after Christmas.”