Aisling’s case: abortion is a crime against humanity

I have been studying the case of Aisling Hubert, the pro-life campaigner whose private prosecution of two doctors was closed down by the Crown Prosecution Service (HEART, Feb-Mar 2016), leaving her with £50,000 of costs to pay. 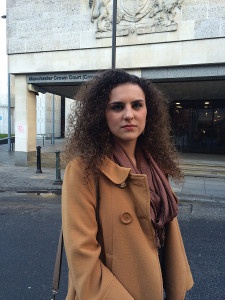 The initial refusal of the CPS to prosecute these doctors, and its subsequent intervention to interdict Aisling’s prosecution, were committed as part of a general state policy to establish impunity for, and thereby to encourage, the widespread or systematic mass destruction of human life in the womb.

According to a judgement of the Nuremberg Military Tribunal, abortion is a crime against humanity in international law. The Nazi regime was incriminated on pleadings and facts which disclosed the mere paper exercise by the SS of ousting the jurisdiction of courts in occupied Poland to try cases of abortion, and of interdicting prosecutions in Germany to enable women to have abortions if their pregnancy was not of racial value to Germany.

Is there hope for our nation?

Our hope, individually and collectively, is powered by our trust in God. Whilst it is true that many aspects of the Christian life, upon which our nation has been built, are under attack by misguided forces, it does not change the purpose of creation, which is to know God and worship the Deity.

When Nicodemus (John 3) heard Jesus say, “You must be born again”, it was not a command, but an observation. To be ‘born again’ is at heart understanding our salvation. We are born from above by a divine, creative act of God and just as we do nothing to contribute to our physical birth, so we do nought to being born again. It is through divine bounty and his alone. To God be the glory.

Dementia and the divine

I read with great interest the letter “Bringing the divine into dementia” in your Oct/Nov 2015 issue.

I suffer from MS and have been studying what the Bible says about having a clear mind. It seems to me that the mind is not the brain. The brain does not control our memory, moods etc. This theory is a joke.

Scriptures which have helped me include Proverbs 4:20-22, Jeremiah 31:17, Romans 12:2, 1 Corinthians 7:30, Romans 8:5. Through them I’ve decided we need to give ourselves to God each morning by saying “Don’t copy the behaviour and customs of this world, but let God transform you into a new person by changing the way you think. Then you will learn to know God’s will for you, which is good and pleasing and perfect.” (Romans 12:2)

I was called to pray for Mrs Clinton and believe that she has a genuine Christian faith. On the campaign trail, she shared her faith and said she does not often speak of it, but it means a lot to her.

For a long time she has received daily a scripture from the Bible at 5am in her mailbox. It is uplifting to her. 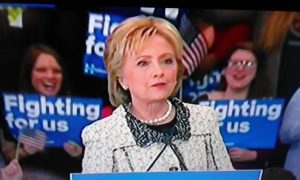 In her victory speech at South Carolina Hillary Clinton referred to 1 Corinthians 13, a favourite portion of scripture for her, and said that America needs more love and kindness.

She is also a friend of Israel. The Wall Street Journal reported her as saying: “…I have stood for Israel’s security a long time.” It continued: “Mrs Clinton also pledged to deepen the long-standing US commitment to Israel’s security through military aid, including selling Israel the most sophisticated US aircraft, and through intelligence sharing. She said she would invite the Israeli prime minister to the White House in her first month in office”.

EU – what is God saying?

Having studied the Bible since 1946 (as apart from reading it) and perhaps because of the war, I have always been intensely interested in what my heavenly Father was doing in the nations. Now with the EU vote we are at a critical point in our history and I would think that Christians in particular would be interested in what the Lord has to say about it.

In a letter written to me last November by one of our longest serving MPs, he writes: “I absolutely concur with all the points you have raised. I well remember you warning me in 1989 what might happen and my word, you were proved right.”

This gives me courage to summarise what the Lord has said in the years of study. He loves us as a nation and if only we will repent he still has a job for us to do and will prosper and protect us. He said “Don’t go into Europe,” and then, “Come out of Europe,” again and again, via prophetic words received by respected Christians. He said, in a widely disseminated prophecy from David Noakes received last November at a ministers’ meeting, that Europe will align herself with the Beast and the False Prophet and that she is coming under judgement for rejecting him and he does not want us dragged into that.

When our vicar said he could not say that from the pulpit because it was political, I said it was what the Lord said. So I sought the Lord for a way round this problem. He showed me Joshua 5:13 where Joshua meets the Lord in the guise of a man with a drawn sword, and asks him “Are you for us or against us?” The reply is “Neither” and then detailed instructions are given as to how to tackle Jericho.

Suddenly it was clear to me that the Lord was saying that he is not interested in the arguments for or against in the Referendum but just “Do as I say!”

A Christian Consulate in the Middle East

Anything that helps and can help our Christian brethren and sisters in the Middle East should be considered.  Their position becomes more and more impossible in large parts of the Middle East, other than Israel, of course.

A Christian Consulate with sovereignty and recognition is a good and worthy concept and should go along with sustainable Christian territory which would give the Middle East Christians some comfort and stability. Certainly many Islamic states do not recognise the right of Israel to exist; would they also reject a Christian Consulate and safe territory?

The Syrian War has got to come to an end soon possibly with an armistice! Let us dream on! We are dealing with the God of the impossible!

I respond to ‘radical’ in last issue’s cover headline (“So just how radical are our Sunday schools?”) and also to the letter, ‘Christianity is a force for good’ (p20).

Recently I asked a congregation to give me the word that a dictionary defines as “To introduce fundamental or far-reaching changes”.

“Radicalise”, said one. Got it in one! At the end of the sermon I said I wondered what the reaction would be to seeing a notice outside a church which read: “Come and be radicalised”, for there is nothing in that definition about hatred.

As those who ‘belong to the Way’ (Acts 9:2) we continue the ministry of Jesus, much of whose ministry was viewed as radical, so radical it led to the cross.

Please email your letters to letters@heartpublications.co.uk or write to the address given on page 2 of this paper, but please be aware that we may not have time to type your letter. Deadline for the next issue is the same as the advert booking deadline printed in this paper.

Jesus is coming to Guildford