DRUGS RAPPER ‘SPUN OUT’ BY JESUS 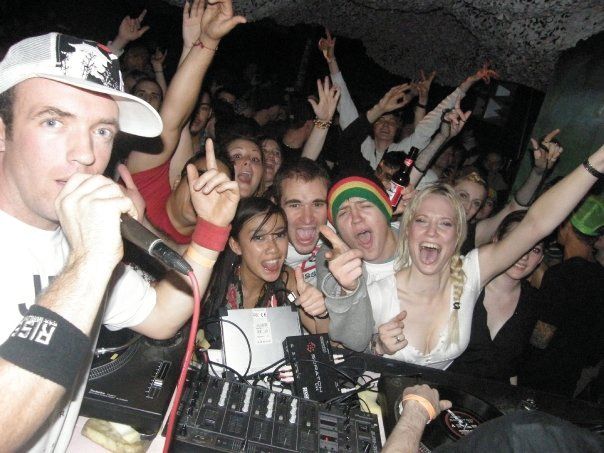 MARK EDWARDS was at a cross roads. He had already been kicked out of three schools and his drug habit had become part of daily life.

The death of his younger sister and the break-up of his parents had not helped. A friend introduced him to rapping which distracted him in his alter ego as ‘MC Tempo’.

Suicidal thoughts were never far away, however, and Mark decided there was only one thing that could change his life: finding out if God was real.

Mark, now in his thirties, said: “It was in 2002. I was in my room and I asked God to give me a sign – something real that wasn’t an illusion. Then I switched the TV on and there was an image of the valley of Galilee with credits rolling at the end of a programme.

“Suddenly the audible voice of God spoke to me. I wasn’t feeling the effect of drugs or drink, it was real. God said he loved me and had a plan for my life. It spun me out!”

Mark did an Alpha course and later found a full-time role as an evangelist helping youth work at Church of Christ the King (CCK) in Brighton, a New Frontiers church.

He can also testify to receiving healing after he was singled out from more than 1,000 people at a meeting at CCK led by guest preacher Ram Baboo who called out, “You are deaf in your left ear. God wants to heal you.”

Mark has recently worked with young people at the Crystal Palace academy and is now based at SCC in Sutton as a youth pastor. He is finding God moving in all sorts of ways in his ministry.

Mark said: “We recently prayed for a girl from Croydon with a bad back. Her leg grew two inches, the pain went and she gave her life to Jesus. I love the work that I do. I’m helping the young people and telling everyone around South London about Jesus.”