Bognor’s homeless have a new home 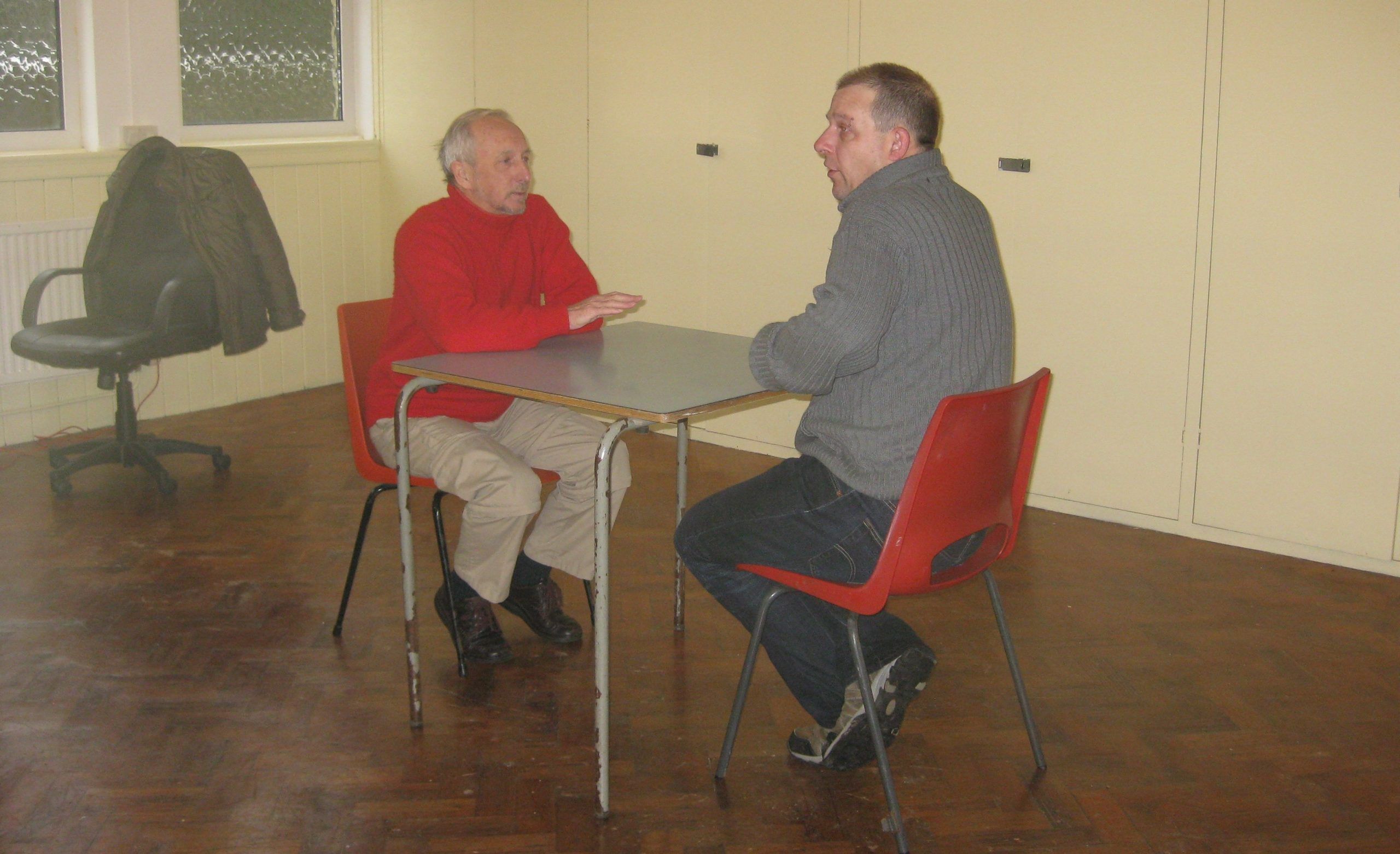 Three women came to me separately one morning and each said, “Go and get the URC building.  God’s given it to you.”

Last time we met former armed robber Michael Johnson, he was feeding the homeless out of a café.  Now Carole Woodiwis visits him in his ministry’s new home.

TWO YEARS AGO, when Michael Johnson was wondering, as ever, how he was going to feed the hundreds of homeless who rely on him each week, three ladies from different prayer groups and churches came to see him, separately, on the same Tuesday morning.  Each one said, “Go and get the URC building, God has given it to you.”

Michael laughed at them and said, “‘Well, God ain’t told me!”

Then, Michael recalls, God did tell him himself because when his team were praying and asking about the building they sensed him say, “I’ve told you three times already!”

Eighteen months later Michael was decorating it and two years down the line he is “in it up to the eye balls” and the building he has renamed Jeneses (sic) is home to his ministry, BigLove.

Light, airy and comfortable, this new community centre in Bognor’s Linden Road is home to a host of services for the people Michael describes as “vulnerable, crack heads and heroin addicts, the most broken and chaotic people.”

Michael, the founder of BigLove, knows this territory well.   Following a childhood of abandonment, physical and sexual abuse and life as a “house slave” to his parents, he found violence was his only way out.  A homeless young teen sleeping on a milk crate in a shed, he went on to (an extremely able) life of crime, drugs and alcohol, including imprisonment for armed robbery.

But God managed to break through one day, having led him to work at a day centre for the homeless.  He now serves his God with all the passion he used to invest in shady businesses.  He reaches out to those who are still trapped where he was, before he was set free.

A key feature of BigLove is two church-style services, one for singles and the second for families .   “There is something special about the BigLove worship, especially in the new building,” says Michael.  “As soon as the music starts I see hardened people begin to worship. “

Sitting at his desk in an airy room in the new building, Michael admits that he and his wife Monica work extremely hard for very little or no salary and reflects:  “We sit in a big, big building with no money.  We live hand to mouth getting what we need just as we need it.”

He is grateful that churches have been brilliant at donating food, clothing and furniture, but “there is still a pressing need for funds for pay for the rent, bills and other running costs.”

There is also a need for younger volunteers (25-35) who “have been round the block a bit and can be broadminded.”   Kitchen volunteers are needed every other Sunday evening and drivers for occasional deliveries.  In the pipe-line is an Education Centre.  (“Like Learn Direct but bigger”, says Michael).  “All that we are waiting for is three computers and we can get started.”

“There were struggles and mistakes with BigLove at first,” says Michael.  “Now I’ve learned wisdom to sit and wait, then step into each door as God opens it. I identify the way forward through my own discernment, my ongoing journey of growing in wisdom and the Holy Spirit saying loudly ‘Michael, here it is!’”