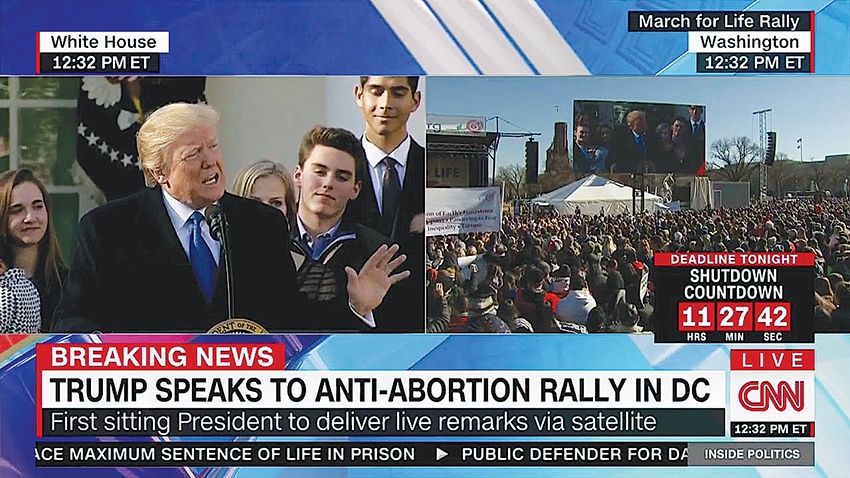 Trump addressed the 45th Annual March for Life in Washington DC live from the White House on 5 January. March for Life leader Jeanne Mancini stated: “Since his first day in office, President Trump has remained steadfast on his campaign promises to the pro-life cause and has actively worked to protect the unborn.”

Then, later the same month, Trump endorsed a bill in the Senate which attempted to reduce the time limit on abortions to 20 weeks.

The vote was a close call, at 51-46, but failed. There are only seven countries in the world that allow abortions after five months of pregnancy, putting the US in the same bracket as North Korea and China – and the UK. Twenty US states already outlaw abortions after 20 weeks. Utah requires abortion technicians to administer painkillers or anaesthesia to babies aborted after five months.

President Trump said the vote was “disappointing” because “scientific studies have demonstrated that babies in the womb feel pain at 20 weeks.”

Trump has also signed a law that allows states to ‘defund’ the scandal-ridden abortion provider Planned Parenthood. This has overturned President Obama’s regulation that prevented states from denying federal funding to the organisation that has been accused of fraud and selling the body parts of aborted foetuses without the mothers’ permission.