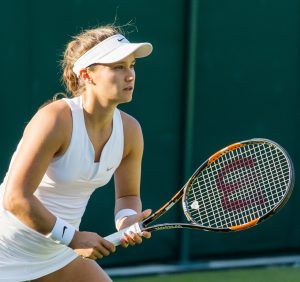 The 25-year-old American has been outspoken about her faith and told US website Unashamed Athletes: “After I gave my life to Christ, I went through one of the hardest times in my life and through it all, I became much closer to God… I try my best to glorify God when I am on the court and outside tennis as well.”

Today’s players seem more comfortable expressing their faith on court, according to 1983 Wimbledon singles finalist Andrea Jaeger, who later became a nun: “Now you see players crossing themselves and looking up to thank God a lot more than when we were on the circuit.”

Beating knives from death to life

Day of prayer for the nation, Swanﬁeld Chapel, Chichester