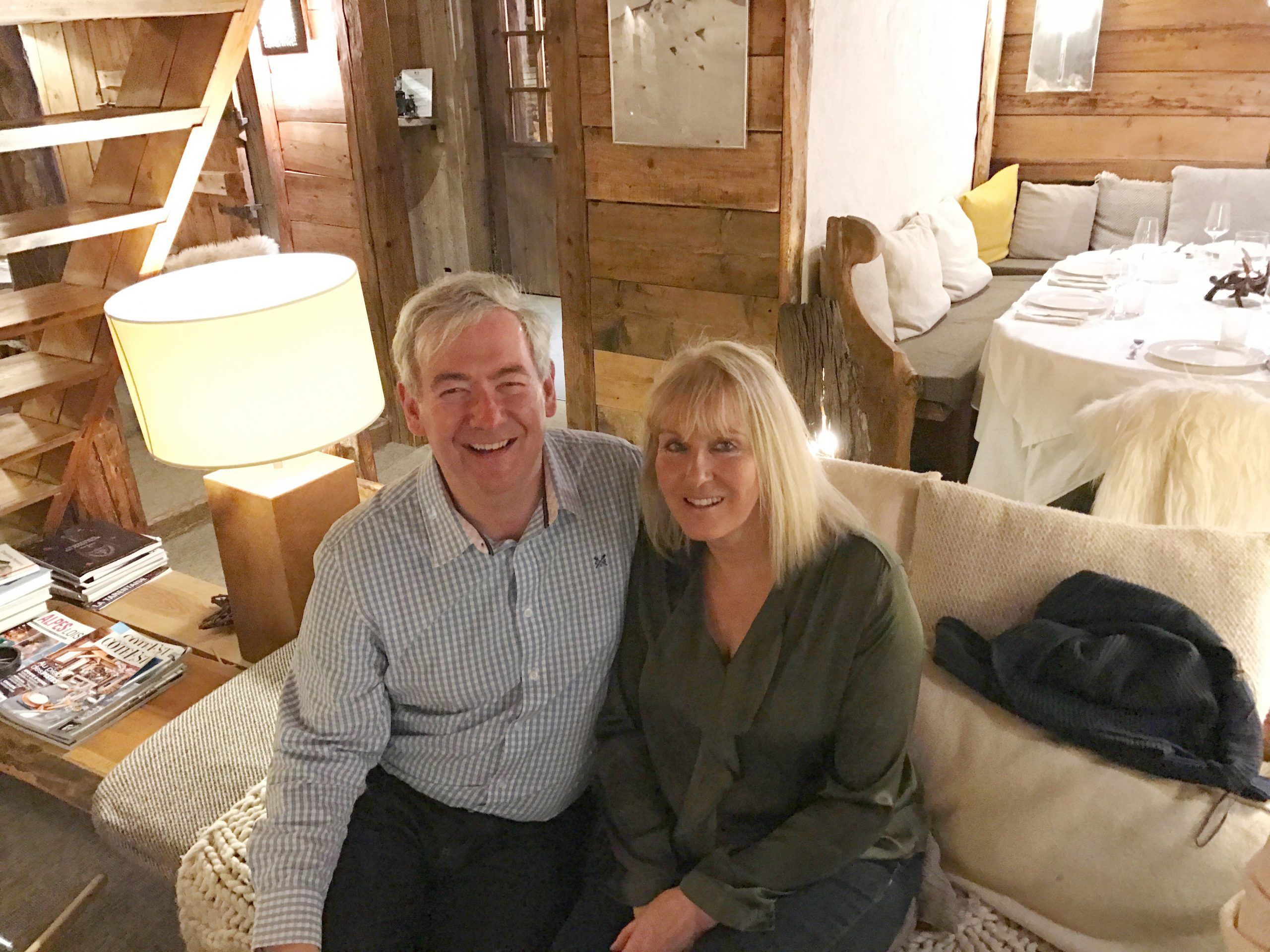 The man who has helped Britain’s courts go paperless began his business five years ago on a corner of his Sussex dining table. After years of prayer and financial difficulty, Paul Sachs’s brainchild is transforming the nation’s legal system. Roger Greene tells the miraculous story of multiplication in the lives of Paul and Bev Sachs

It all began in a conversation in 2008 between Paul Sachs and his brother on the Victoria line train between Billingshurst and Horsham.

Paul, an Information Technology consultant, asked his lawyer brother what the legal industry needed from an IT system. The answer was a system with 12 capabilities, which inspired Paul to develop a software solution called Caselines. This is an electronic ‘bundle’ of trial evidence for lawyers and judges to present in court cases.

To market it, Paul and Bev launched the company Netmaster Solutions, working from a corner of their dining room table in West Chiltington, West Sussex.

In 2012 they thought converting two paper evidence bundles a month into electronic bundles, for use in the courtroom, was a good month. Four years later the conversion rate was two bundles per minute which is speeding up the whole court system in England and Wales.

How did that happen?

The answer is a collaborative partnership between Paul’s gift for IT systems development and Bev’s gift for intercessory prayer and prophecy.

While Paul was busily developing the IT solution on the dining room table, Bev had covered one of the dining room walls with Scripture and God’s promises about business, constantly declaring them over the emerging company.

They continued to tithe despite their debt

They experienced massive financial pressure during the development phase, but surrendered the business to the Lord and handed their financial situation over to him. For example, they continued to tithe despite their debt, and when Bev had a dream that there was something wrong with part of the IT system architecture, Paul discovered that he was using a copied, unlicenced piece of inexpensive software.

So despite the mounting debts he bought a licence, putting God’s standards above their financial plight, gratefully declaring and believing the Scripture that had been highlighted to them from from Romans 8:31:

“If God is for us who can be against us?”

Then in 2013 Paul, along with 30 other IT companies, was called to a brainstorm meeting with the Ministry of Justice (MoJ).

The MoJ wanted to tap the industry’s brains to find a way of making the courts system paperless. As soon as Paul heard that they wanted to get rid of the overwhelming volumes of paper that plagued the system, he realised he already had the solution!

Next the MoJ began a major engagement process, inviting over 40 companies to suggest plans to develop and deliver the solution. In the final procurement phase it came down to a shortlist of two: Netmaster Solutions, working out of a dining room in West Chiltington, and an international IT systems provider with 68,000 staff globally.

When Bev was praying about the selection interview she saw angels enter the room when Paul went in, and then saw them leave when the competitors went in. Paul went into the interview knowing he had heavenly company.

Anyone who has experienced a Government procurement process will recognise that the ensuing wait of several months to hear the result seemed interminable.

So Paul, a man who confesses to really enjoying his food, committed to fasting until they got the contract – but his fast lasted just four hours!

The contract was awarded to Netmaster Solutions in March 2015 and a year later went live. As a result the Criminal Courts of England and Wales are now paperless, saving 2,000 trees a month. The system has 18,000 users with secure electronic access to criminal evidence for judges, prosecution and defence lawyers, and administrative staff. Every month it sends 2.3 million pages of electronic evidence securely for 9,000 court cases.

To Paul and Bev it proved that God loves justice as well as promoting believers in business. The impact on the efficiency of the Criminal Justice System in England and Wales has been massive, Paul says, citing these statistics:

Paul and Bev committed their business completely to God. They sought the guidance of the Holy Spirit for their practical steps and held faithfully to the prophetic words the Lord had given them. They held their accountability to God above their material circumstances even in times of extreme financial pressure.

And that’s how God multiplied their business from two bundles a month to two bundles a minute!
Now they operate out of offices in Victoria and as if to underline God’s involvement in the whole process, they discovered their office suite was already named Buckingham Palace, which reminded them of Mordecai’s challenge to his niece, Queen Esther, in the Bible (Esther 4:14): “And who knows but that you have come to your royal position for such a time as this?”

Paul Sachs is part of the Ignite fellowship of Christians in business and the workplace which meets to pray and encourage each other in everyday work and business. Led by Roger Greene, it holds monthly breakfast and prayer meetings in Horsham. If you’re interested in joining them, email roger@tricordant.com

Roger Greene’s new book of miraculous business stories, ‘How on earth did that happen?’ was launched this summer and is available to order on Amazon or by emailing Roger (see above).

Dec 2, 2015
God in the marketplace Testimony

Dancing to a different tune