It was only in our last issue that HEART celebrated the ministry of David Pawson on his 90th birthday, but he ‘ascended’ to be with his Lord and Saviour on Ascension … END_OF_DOCUMENT_TOKEN_TO_BE_REPLACED 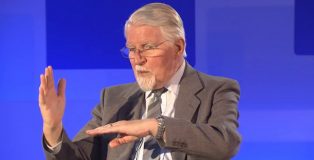 Word and Spirit Together: Uniting Charismatics and Evangelicals

Renowned Bible teacher David Pawson wrote a book on the need for charismatics and evangelicals to unite a quarter of a century ago. He still believes that the ‘marriage’ of Word and Spirit in our churches has yet to happen

END_OF_DOCUMENT_TOKEN_TO_BE_REPLACED

Heresy of the “Social” Gospel

In our day, the Church is again facing an old heresy. That is, the preaching of “another Gospel”, sometimes referred to as the “Social Gospel.”

This “Gospel” upholds modernism, liberalism, humanism and the false ideas of Darwinism, which still linger in the minds of some. END_OF_DOCUMENT_TOKEN_TO_BE_REPLACED 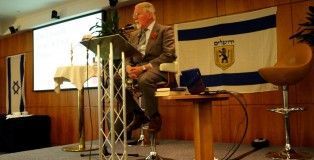 Conference: The Church, Israel and the End Times, hosted by the Emmaus Group, Crawley, 9 November 2013

ON THE ANNIVERSARY OF KRISTALLNACHT, the night of 9 November 1938, when organised violence against Jews broke out in Germany, Howard Stern of the Emmaus Group introduced the conference by saying that the response of the Church had been – a deafening silence.  The next time it comes, he warned, the Christians will be included. END_OF_DOCUMENT_TOKEN_TO_BE_REPLACED