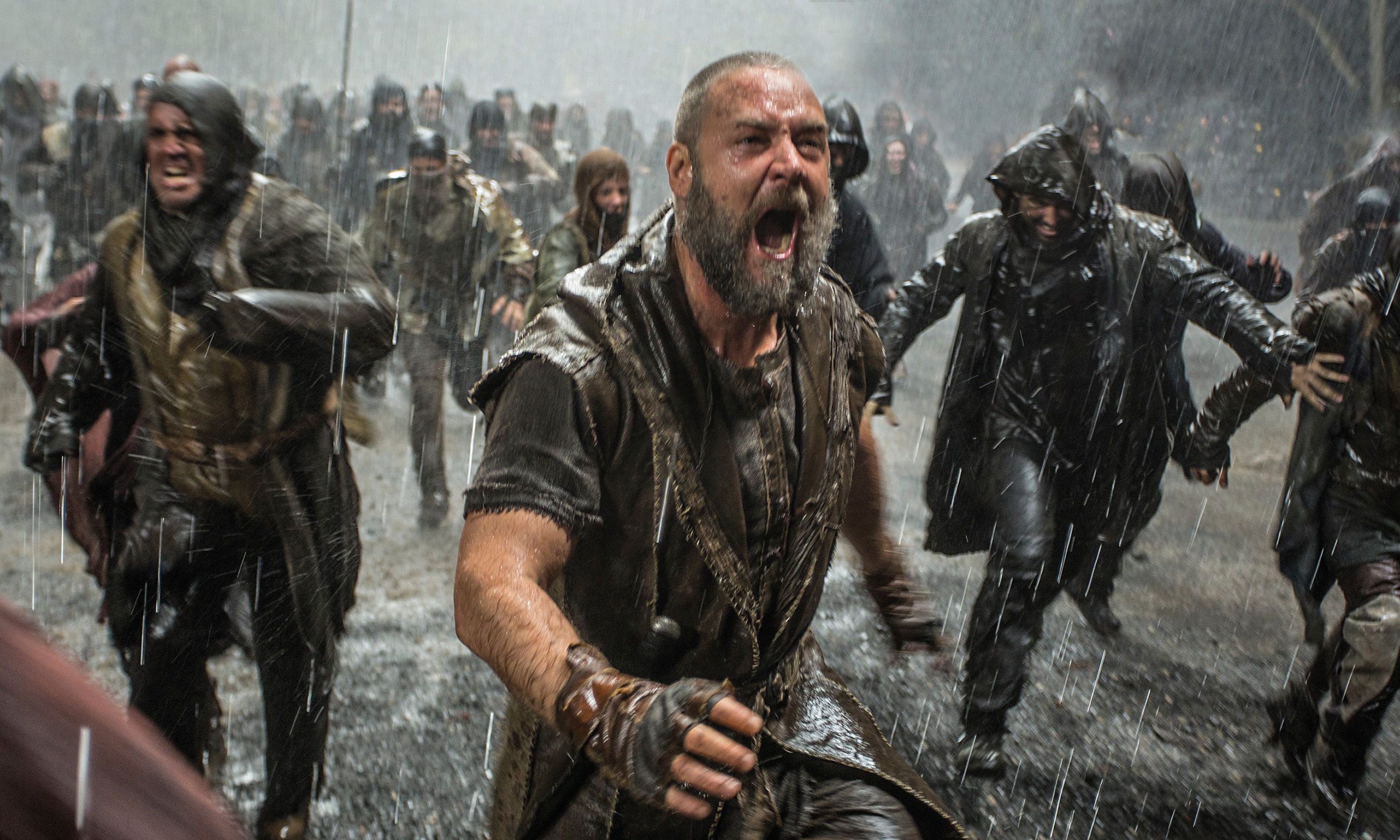 A FILM ABOUT NOAH WHICH DOESN’T MENTION GOD ONCE?  Noah as environmentalist?

The new film “Noah”, starring Russell Crowe in an (ahem) gladiatorial battle against the elements, must be unique among Hollywood’s biblical epics.  While following visually in the footsteps of former “sword and sandals” triumphs which I grew up watching on Saturday afternoons (“Ben Hur”, “The Greatest Story Ever Told”, “The Ten Commandments”), “Noah” has the strange distinction of omitting the one being whom the Bible credits with causing the flood.

As the Daily Telegraph reports, “Noah” director and self-professed atheist Darren Aronofsky has managed to make a secular film about a Bible figure, painting Noah as an “environmentalist” in a film that doesn’t mention God once.  “To the delight of the atheist and the concern of the pious, Aronofsky’s film is pushing an environmentalist rather than religious agenda.”

Mr Aronofsky, 45, who has wanted to make the film since he was a young man, has also described Noah as “the least biblical film ever made”, and sees its protagonist as the “first environmentalist”.

But Christian film critic Phil Cooke, writing in Charisma News, says that Christians will be watched for their reactions and laments the criticism already raining down on the ark epic.

“Noah will be a national conversation that millions will participate in and will be a water-cooler conversation for the next six months. What an opportunity for the Christian community! Instead of condemning it outright, let’s join the conversation. Rarely does an event come along that begs us to present our side of the story. But if we don’t see the movie, we’ll be wasting the opportunity.”

One could conclude that the making of this film, is prophetic in a paradoxical way. Its spectacular effects do indeed warn of the fatal results when God’s wrath is stirred. While God promises in Genesis that he will not flood the earth again, that does not mean he has overlooked the effects of sin. This issue carries a report of a conference warning that our world is indeed emulating the days of Noah. The futuristic book of Revelation, at the other end of the Bible, portrays the grim results of plagues sent to provoke man to repentance for his own works (Revelation 9:20-21).

Yet while showing a furious environment, the film does not mention God, and is thus the product of an era when man wants to take sole responsibility for the changing climate and wants control over his destiny without the interference of – or reference to – any divine being.  It’s a quaint notion that he is in charge and need not come under any authority except his own.  The Bible calls this notion “sin”.  And that’s a concept even older than the ark.

Do write in if you’ve seen it.