AWARD FOR FILM SHOT IN SECRET 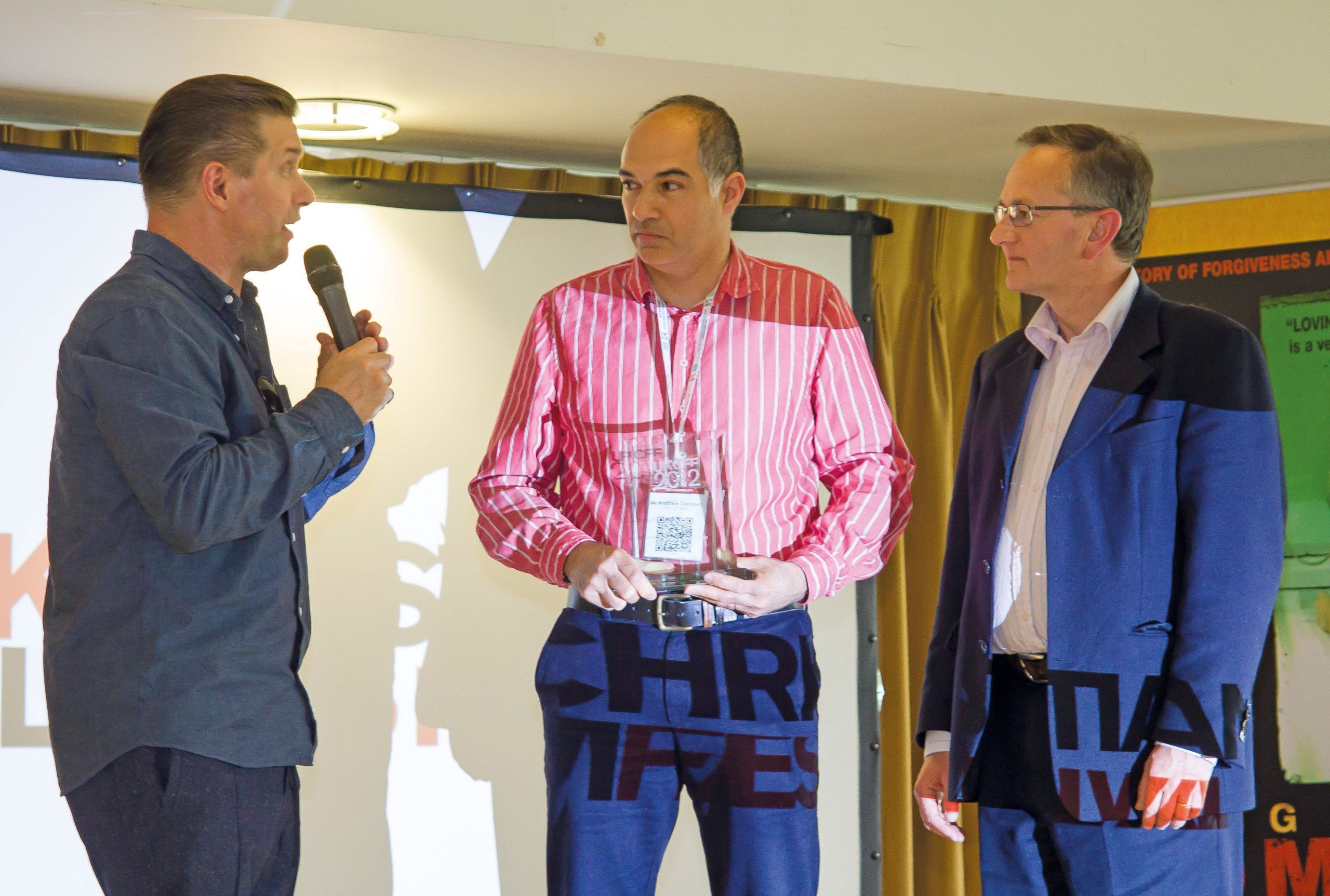 A HOLLYWOOD FILM ACTOR gave a top award to the film makers of a documentary about the suffering church in Egypt.

Stephen Baldwin, who became a born again Christian after 9/11, gave the “Best Informational Video” to Release International at the Christian Film Festival during the Christian Resources Exhibition in Esher this May.

The film, called “Amazing Grace”, beat 200 other award entries and was shot under cover using nothing more than “a cheap camera, a voice recorder and a £5 monopod”, according to West Sussex based cameraman and director Andrew Boyd.

The film documents the loving attitude of Christians following waves of attacks by the Muslim Brotherhood. One example is the Coptic Bishop of Minya, Bishop Thomas, who won over a thousand-strong mob determined to destroy his cathedral with guns and Molotov cocktails. He used soapy water to make the path to the building too slippery to walk on.

Actor Stephen Baldwin, who has also made documentaries for Release International, which supports persecuted Christians in 30 countries, said: “The faith, courage and determination of the Egyptian Christians is astonishing, as friends and neighbours turned against them to burn them out of their homes and churches. The ‘Amazing Grace’ of the title is the grace and the power to forgive their attackers and remain in Egypt to serve the country they love and the people they love.”

Since his conversion, Baldwin has focused more on roles in Christian-themed movies; the two latest are “Loving the Bad Man” and “I’m in Love with a Church Girl.”