O little town of Bethlehem – where are all your Christians? 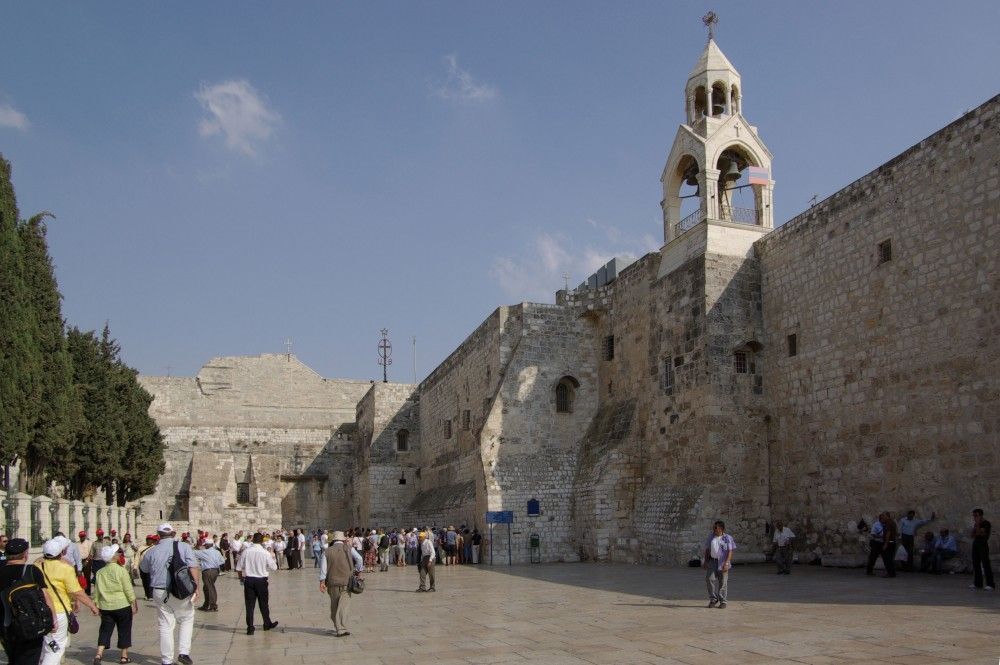 Amid the myriad of narratives given by those who seek to express an opinion about the Palestinian-Israeli dispute, there is a voice that has been entirely lost.

It is the voice of the persecuted Palestinian Christians, caught between a rock and a hard place.   Yes, we have the likes of Kairos and Sabeel, but these do not speak for all Christians in the Palestinian Territories – not by a long way, in fact.

To gain a sense of the unfolding tragedy one only has to look at statistics.  In 1931, the British census revealed the Christian population of the Bethlehem area to be 81%.  In the late 1980s, just before the first uprising, the population was 85%.  Today it’s just 7% and declining fast.

“We think there will be no Christians left in Bethlehem in five years,” said one Pastor of an underground evangelical church.  His church meets in secret for safety reasons.   Ramallah, the capital city, was 90% Christian in 1931 whereas today it is an Islamic city.  Critics will state the Christians have fled because of Israel’s occupation.  However, upon closer inspection one can see this is not exactly true.  The overall population of the Palestinian Territories is increasing year on year by 2.2%.

The facts are that today Gaza is 99.99% Muslim.   It’s run by Hamas, a political party who’ve been designated a terrorist group by some western governments; a party that now enforces Sharia on the tiny Christian remnant who number just 1,300 out of 1.7 million!    The West Bank, or Judea and Samaria, is 95.2% Muslim.  So when considering the overall situation we must keep in mind the Palestinian Territories are essentially Islamic states, and like their neighbouring ideological cousins, the Islamic forces are increasingly being radicalized; resulting in the persecution and discrimination of the remaining Christians.

Another of our contacts echoed the earlier message by stating, “I really wish that Israel  take Bethlehem and control it,” (sic).

I questioned why and the response was, quote:  “The Islams trying to kick us out of this country, and killed us.  They are taking everything from us.”  One of the most astonishing comments I have heard from many Palestinians is, “Israel’s occupation is our only protection.”

Many Christians in the West Bank, having observed what has happened in Gaza, see Israel as the only restraining force keeping the radical Islamists at bay.  They also see what is happening in Syria, Jordan, Iraq and Egypt.  Only recently, at the end of October,I was sent highly distressing video clips from Syria of three Christians being publicly beheaded in front of a baying mob of young men and boys – simply for being Christians.   As the knives went to their throats the frenzied mob screamed “Allahu akbar,” while a multitude of mobile phones recorded the moment for posterity.

Nuns at the Greek-Orthodox monastery in Bethany sent a letter to Palestinian President Mahmoud Abbas urging him and other PA leaders to respond to the escalation of attacks on the Christian house, including the throwing of stones, broken glass, theft and looting of the monastery property.  “Someone wants to send us away,” wrote Sister Ibraxia to Abbas, “but we will not flee.”

As increasingly happens to other monasteries—such as a fifth century monastery in Turkey—a local Palestinian Muslim family has, according to local Christians, “arbitrarily” claimed the monastery’s land!

So the problem with organisations like Kairos and Sabeel, who claim to represent Christians, is that by supporting the wider political, and mostly anti-Israeli narratives, they are actually reinforcing the Muslim Palestinian Authority’s position.  In the end, this will harm Christians more, because, as we are seeing everywhere, the radicals will eventually seek to drive these Christian organisations out.   There is simply no logic – they are shooting themselves in the foot – and as history teaches, appeasement never works with the Arab who sees it only as weakness.

The Church must rise up and stand for truth and God’s justice.  Whatever the rights and wrongs of both sides, Kairos, Sabeel and all the other Christian NGOS and groups operating there must encourage Palestinian Christians to first obey the word of God as given in the book of Hebrews: “Follow peace with all men, and holiness, without which no man shall see the Lord.”  (Hebrews 12:14).  God cannot answer prayers of those who live contrary to his will.

As a Christian I must therefore ask these people, “Why do you seek to take the speck from Israel’s eye when there is a plank in your own?”

Howard Stern is a Sussex-based mediator who works both here and in the Middle East to bring about reconciliation for individuals and groups. He writes from his knowledge of current events from media sources and personal contacts in the lands concerned. He has set up the Emmaus Group, a growing online community of those who seek to understand more about the condition of minority groups, especially Christians and Jews in Islamic countries. They also seek to build bridges between the Church and Israel, while encouraging constructive dialogue between all parties affected by the Arab-Israeli dispute. Recently the Emmaus group hosted a conference with David Pawson on the Church, Israel and the End Times.