Are the recent floods a sign of God’s wrath?

CLIFFORD HILL LINKED THE recent storms and floods in Britain to drought and heat waves in Australia, and to the record low temperatures and snow storms in America. (Cover story, HEART OF SUSSEX, February/March 2014).

One of the most famous stories in the Bible is the story of God sending the great flood and preserving the lives of Noah, his family and two of each land animal. For those who know their Old Testament well, it is clear that God sent Israel famines (Jeremiah 11:22), invasion by foreign powers (Mic 5-6), and even a plague of locusts (Joel 1). Does God treat Britain in a similar way?

Earlier this year, David Silvester, a UK Independence Party town councillor in Henley on Thames, claimed that the recent floods and storms were a punishment on Britain sent by God for legalising gay marriage. Mr Silvester wrote: “The scriptures make it abundantly clear that a Christian nation that abandons its faith and acts contrary to the Gospel (and in naked breach of a coronation oath) will be beset by natural disasters such as storms, disease, pestilence and war.”

The Heart of Sussex Christian newspaper recently ran a front page story written by Clifford Hill that linked the recent storms and floods in Britain to drought and heat waves in Australia, and to the record low temperatures and snow storms in America. Dr Hill wrote, “What’s going on? Two thousand five hundred years ago the Prophet Haggai foretold a time coming when God would shake all the natural environment and the political, economic and social foundations of the nations. He said, “This is what the Lord Almighty says: ‘In a little while I will once more shake the heavens and the earth, the sea and the dry land. I will shake all nations’.” Clearly, the “little while” was in the context of God’s timing, where 1,000 years is like a single evening (Psalm 90:4)!”

That is a good question. What is going on? Is God really sending storms to punish us for our nation’s immorality? Before we rush in to say yes, pause a moment and ask, did God send last summer’s good weather to reward our nation’s good behaviour? Even this should make us cautious about rushing out to declare God’s wrath.

Of course, if we are going to be Bible-believing Christians, what matters more than clever arguments is what the Bible says. Are Mr Silvester and Dr Hill correct in applying the scriptures in this way? No doubt, many Christians will agree with them, but not all. There are good Biblical grounds for being cautious about this approach.

To begin with, the nation-state of ancient Israel was under a covenant which God had initiated. God spelled out the conditions of his covenant in the Old Testament and in Leviticus 26 & Deuteronomy 27-28 God lists all the blessings that will come from Israel’s obedience and all the curses they would suffer if they were disobedient. The main job of the Old Testament prophets was to remind Israel of their obligations under the covenant and to warn them of the results of their disobedience. If you read the OT prophets in the light of these three chapters, they make a lot more sense.

Mr Silvester referred to the coronation oath which the Queen swore, but remember, this oath was initiated by us, not by God. Britain is not Old Testament Israel, and even if we are officially a Christian nation, we should rejoice that “..the ministry Jesus has received is as superior to [Israel’s] as the covenant of which he is mediator is superior to the old one, and it is founded on better promises.” (Hebrews 8:6).

Dr Hill quotes Haggai 2:6-7, “‘In a little while I will once more shake the heavens and the earth, the sea and the dry land. I will shake all nations…” How odd that he doesn’t quote the rest of the verse, “and the desired of all nations will come, and I will fill this house with glory,” The next two verses clearly refer to the rebuilding of the temple which the Babylonians had destroyed, and they conclude with “And in this place I will grant peace.” This is hardly a prophecy of doom and gloom! This prophecy was literally fulfilled “in a little while” after Haggai’s day, when the Jewish temple was rebuilt. But these verses also point to something even more wonderful: The desired of all nations (Jesus) has come, and He is now building an even better temple (1 Cor 6:19, 2 Cor 6:16, Eph 2:21), made of living stones, and built out of members of every nation, not just Israel.

So what does the New Testament say about storms? Paul and Luke where caught in a horrific storm that caused the shipwreck of the boat they were sailing on. (Act 27:13-44) When Paul was washed up on the shores of Malta he was then bitten by viper. It was the pagan natives that assumed that this was their god’s punishment, (Act 28:4) but Paul already knew that God was with him in the storm and had promised to save him and the whole crew (Act 27:24). There is no hint in the Bible that this storm was sent by God to punish anyone. Paul was shipwrecked at least two or three times more and his life was endangered by rivers, (2 Cor 11:23-26), yet in all these occasions he sees God’s mercy, not his punishment. Instead, what Paul says about all of creation is certainly applicable to the tragedy of storms and floods: ““For the creation was subjected to frustration not by its own choice, but by the will of the one who subjected it, in hope that the creation itself will be liberated from its bondage to decay and brought into the glorious freedom of the children of God. We know that the whole creation has been groaning as in the pains of childbirth right up to the present time.” (Rom 8:20-22).

When a woman is in childbirth she is in terrible pain, but the thought of the child to come makes that pain bearable. We live in a broken, sin-corrupted creation, and if we are honest, we are all part of the problem. But through God’s grace, we can also be part of the solution, and through his grace we have hope that the pains and sorrows of this world will eventually give way to a better world. Until then, as the gloriously free children of God, we need to take up our responsibilities as stewards of his creation and as those who are called on to demonstrate the love of Jesus to those that don’t yet know him. Terrible though each tragedy may be, every flood, every storm and every earthquake is an opportunity for us to demonstrate Christ’s love to others.

Dr Hill asks, “Why are churches silent? Why have we had no word about the weather from any senior church leader?” Probably because most church leaders seem to have a little more wisdom than Dr Hill and Mr Silvester appear to have. After all, the scriptures tell us to “Be wise in the way you act toward outsiders; make the most of every opportunity. Let your conversation be always full of grace, seasoned with salt, so that you may know how to answer everyone.” (Col 4:5–6). For this we need, “the wisdom that comes from heaven [which] is first of all pure; then peace-loving, considerate, submissive, full of mercy and good fruit, impartial and sincere…” (Jam 3:17–18) Sadly, Mr Silvester was expelled by his political party for his unwise remarks and made Christianity the focus of scorn and ridicule in the media for a few weeks.

However, we still have the opportunity to pray for those afflicted by the floods, offer help if we can and support them financially if we are able. As Jesus said, “let your light shine before men, that they may see your good deeds and praise your Father in heaven.” (Mat 5:16)

I picked up your newspaper in our church, where it had been delivered. I feel compelled to say that much of what I read doesn’t really fit with Anglican teaching and theology and therefore I was surprised to find it there. I was particularly surprised by your front page article ‘Storms Over Britain-is there a message?’ The implications of the author were that the storms are as a result of human transgression and all we have to do is turn to Christ; that this is the beginning of the end. I have to disagree. The storms are as a result of global warming caused by our poor stewardship of the planet. Yes we have erred by not following the warnings about it that God gave to us through science, and we should move quickly to reverse the damage using the knowledge and tools that God has given us. Yes of course we should pray for the wisdom to do this quickly and well. To say it is anything else is quite frankly the kind of nonsense that puts people off Christianity.

Your Storms over UK article and question “Why do not the church leaders speak out”   I believe a major cause of this is we have no evident church leaders if the definition of a leader is one who leads – it is a bit like in the David and Goliath incident.   All our so called leaders are cowering with Saul’s Army but there was one man who had faith and God’s anointing to be able to destroy the destroyer. – this lack of leadership is possibly because we are so fragmented in so many different denominational groupings – even Archbishops Welby has been silent I understand.    Lord Carey is one of the few leaders who still speaks out – this week to the Bishops for a very poor out spoken comment about benefits.  We need to pray that a David type leader will be raised up to lead the nation. 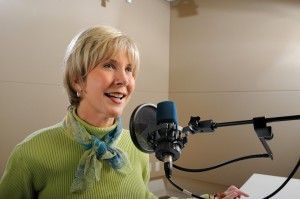 It was heartwarming to read in the February edition of HEART that Joni Eareckson Tada’s song had been short-listed for a Hollywood Oscar – what a wonderful achievement for this quadriplegic Christian lady who has done so much for disabled persons in the USA and elsewhere! Members of  the Disabled Christians Fellowship (the Sussex branch is based in Worthing/Lancing) will have been especially delighted to read this article because Joni has been their inspiration for many years, due to her involvement with their parent charity, Through the Roof.

We were hoping and praying that the song itself “Alone yet not alone” would be released in this country for us to hear, irrespective of the final Oscar decision. It was therefore a disappointment when we learned in early March of its disqualification from the musical category, supposedly due to “lobbying” for votes by one of the composers of the song. Whatever the truth is, there has been much publicity has  given to Joni and her bravery in recording this song, proving that God’s work is alive and flourishing in the Hollywood Hills!