STORMS OVER BRITAIN: IS THERE A MESSAGE? 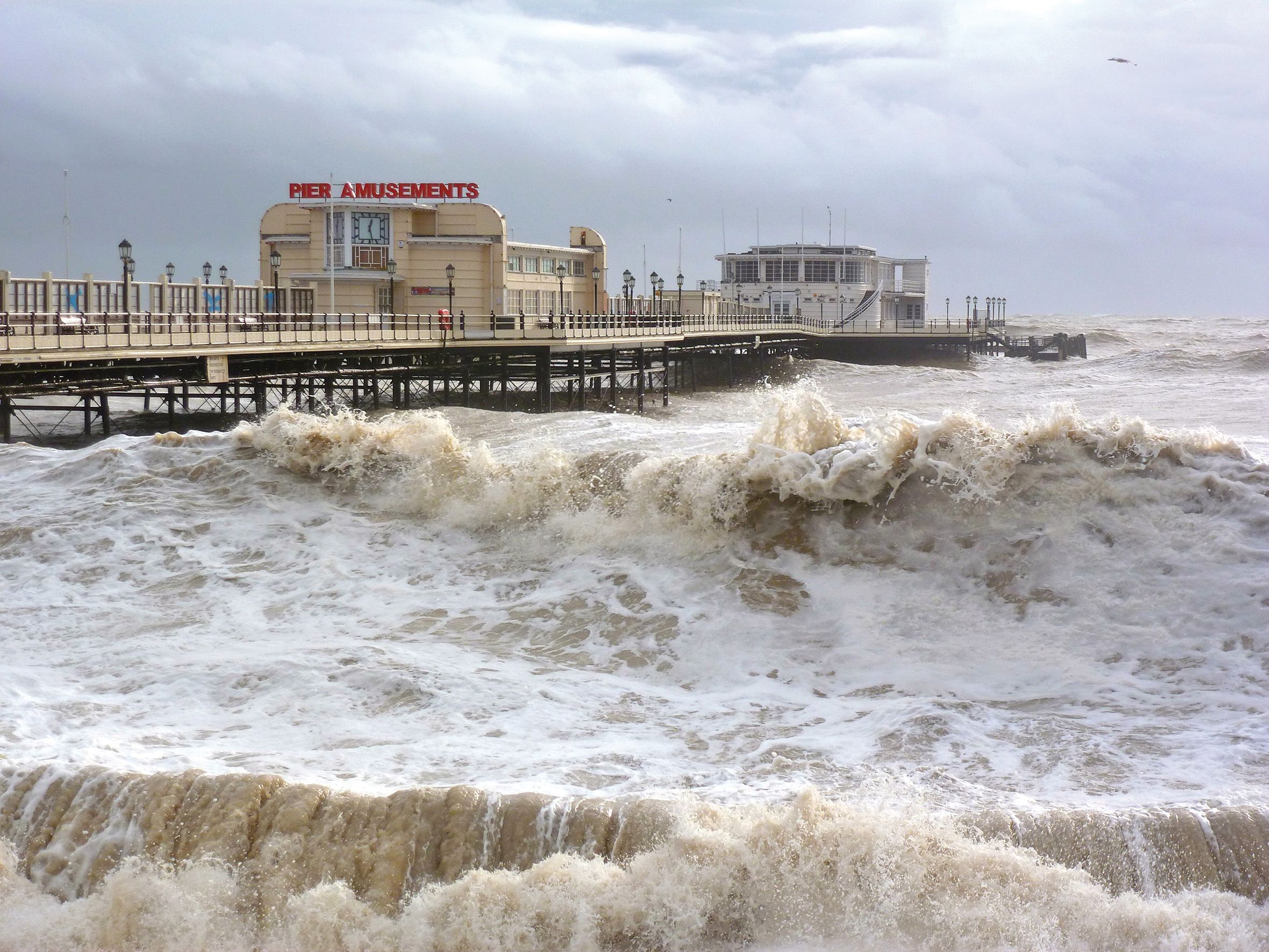 STORMS LASHING BRITAIN HAVE BEEN CAUSING DEATH AND ECONOMIC DISASTER FOR THOUSANDS. AFTER EACH LULL OF CALM WE ARE WARNED TO BRACE OURSELVES FOR THE NEXT ONSLAUGHT.

Is there a message in all of this? Writing exclusively for this paper, Clifford Hill answers the question that all of us have, churchgoers or secular – why?

“Why has there been no word from senior church leaders? The weather is one of the few things that is totally out of human control,” he writes. There is even dispute within the Government over whether the storms are linked to climate change; while PM David Cameron suspected it, Environment Secretary Owen Paterson, a known climate change sceptic, did not concur (Prime Minister’s Questions, 9 January).

Dr Hill, whose prophetic update messages are used in prayer groups across the land, sounds a stark warning: “The great storms battering our coasts are a precursor of the social and economic tsunami that will follow…unless there is a major change in the nation.”

BRITAIN’S COASTS WERE BATTERED BY UNPRECEDENTED STORMS OVER CHRISTMAS AND NEW YEAR.

Near hurricane force winds and torrential rain left seven people dead and more than 130,000 homes affected by flood water, with more than 2,000 miles of coast land battered by storms and thousands of acres of prime farmland under water.

People in Portland, Dorset, had to leave their homes for fear of the island’s sea defences being breached and Chesil Beach was virtually destroyed as its pebbles were swept away by mountainous seas.

In Somerset the village of Muchelney was marooned by flood water, trapping 1,000 residents for several days. In Calstock, Cornwall, the Royal Marines were called by a 10-year-old boy to rescue cars trapped more than two weeks by a Christmas Day landslide.

In Gloucestershire the River Severn burst its banks after rising six feet in three hours and over the Christmas period thousands of homes were left without power as cables were swept away by the force of the wind.

The Environment Agency says that the severe weather is now costing the country £1.3 billion a year and with more than 5 million properties at risk as well as more than half of the best farmland in England, to avert disaster we need to spend an extra £20 million every year on flood defences for the next 25 years.

Storms sweeping across Britain are not only causing physical damage, endangering life, disrupting communities, but are also having a negative impact upon the economy. This is coming just at the time when politicians are beginning to boast that the economy has turned the corner: things are getting better, unemployment is falling, wages are rising: we shall all be better off soon! Or will we?

Does God have anything to say to us about the storms battering our coasts and the torrential rain flooding vast tracts of land? Well, of course he does! The weather is one of the few things that is totally out of human control; even if you believe that the melting polar ice is due to human pollution of the atmosphere – we can’t even control the consequences of our own actions!

Why are churches silent? Why have we had no word about the weather from any senior church leader? Are they afraid to talk about the questions that millions of people are asking not only in Britain and Europe, but in America, Australia, and many other parts of the world? Americans had barely recovered their breath from their typhoon disaster when they were hit by massive snowstorms and incredibly low temperatures. In contrast, Australians have been dying from record-breaking heat waves, tennis players collapsed on court, while at the same time Central Europe has witnessed disastrous flooding. The whole world is being hit.

What’s going on? Two thousand five hundred years ago the Prophet Haggai foretold a time coming when God would shake all the natural environment and the political, economic and social foundations of the nations. He said, “This is what the Lord Almighty says: ‘In a little while I will once more shake the heavens and the earth, the sea and the dry land. I will shake all nations’.” Clearly, the “little while” was in the context of God’s timing, where 1,000 years is like a single evening (Psalm 90:4)!

Jesus warned of a time of unparalleled shaking of the nations and of the natural environment. He spoke of wars and revolutions, nation rising against nation, and famines, and earthquakes. He said “There will be great distress, unequalled from the beginning of the world until now.”

The great shaking was still in the future at the end of the first century AD when the Book of Hebrews was written, foretelling a time of preparation ahead of the time when God will establish a new era of righteousness. There are many indications that we are now in that time. All the old securities are being blown away. The corruption in the sham world of high status celebrities is being revealed as their evil deeds are exposed and their shallow lifestyles brought into the light.

Our political leaders will soon be hit by calamities they cannot foresee and social and economic disasters they cannot control which are the result of their own catastrophic policies.

The great storms battering our coasts and sweeping across the land are a precursor and a warning of the social and economic tsunami that will follow. The present storms are just a small foretaste and warning of what is to come, unless there is a major change in the nation.

Can anything stop the tsunami? Yes! God is loving and merciful!

If there were a nationwide call for days of prayer when we come before God in humility, recognising the mess in our nation and seeking God’s way and his blessing – there would undoubtedly be a change in the weather marking the change in the spiritual climate of the nation. That is really our only hope!