Discernment is our immune system

Some 3,300 years ago, those who thought they had discernment pronounced of their brethren from other tribes: “They have clearly disobeyed God’s command. This is not some little thing, subject to interpretation. They have built an unauthorised altar away from the tabernacle. Their faithlessness will destroy us. We must destroy them!”

So 10 and a half tribes gathered for battle, to wipe out the rest of God’s people (Joshua 22). But they did a wise thing, and sent some men out to enquire before acting precipitously. Would that some Christians today would do the same before pointing the finger and deciding to leave a church or cancel their subscription to a paper like this without further investigation!

Discernment is a necessary thing. If the Church is Jesus’ body, then discernment is the immune system, or part of it.

However, some of the most damaging diseases are auto-immune conditions where the immune system is twisted to attack good, healthy cells, not alien intruders.

I am concerned that some ‘discernment’ is really spiritual auto-immune disease.

A man I knew used to put on some great conferences on the Jewish roots of the faith; he also reckoned he had the gift of discernment. On the day I visited his church, a young man next to the pastor at the front was dancing vigorously. Apparently this was the pastor’s friend from another church, but my host stated that the guest had an ‘attention-seeking spirit’.

Sadly, within a few years my host was publicly teaching heresy on his website, saying that any gentile Christian who did not obey all the Jewish law (except, conveniently, circumcision!) would be damned on judgement day for not obeying Christ’s commands. With his little circle of ‘discerning friends’ providing confirmation, he refused to listen to true godly counsel.

If you believe a lie is the truth, then you will automatically react to truths as if they were lies.

So, before you go into heresy hunter mode, all guns blazing, check yourselves, and ask, “Am I destroying the unity of Christ’s body in the name of a lie or something minor?”

Bring back the Bride

The Oct/Nov issue seems to have been taken over by the prophets of doom with satanic victories and inevitable judgement. 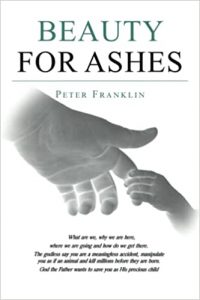 Your paper is a vital hope for Christians who have been let down by churches run by pastors who preach salvation through human love and therapy, whereas only a new life dependent on Jesus offers hope to a dying world.

All the Bible’s prophecies concerning the end of the gentiles’ era have been fulfilled except for Ezekiel 38-39. After this the whole world admits the God of Israel is the true God. There is a time of false security (2 Thessalonians 5: 3) as in the times of Noah and Lot (Matthew 24:38) during which the Gospel is preached throughout the world (Matthew 24:12-14: grace before judgement). Are believers preparing for this or will they let their friends down (Matthew 25:8-10)?

If Christians and the HEART paper were all about Jesus and his imminent return, they would shine like a light instead of producing smoke and gloom. The Bride of Christ should be busy getting ready to leave, joyfully sending splendid invitations to all those friends who know of the Lord but do not know him personally (Matthew 25:12). Of these, only half will wake up in time and join her before the door to heaven closes. Those looking to experience Satan’s reign (2 Thessalonians 2:1-12) will not be ready in time (Matthew 24:44-51).

With all this in mind I have just finished a book, ‘Beauty for Ashes’, that I pray will help refocus believers on God’s words (Ezra 8, John 15). Only then will the riches of the glory of the gentile Bride of Christ be revealed by his one true Spirit in his one true Church on earth (Ephesians 4:48, Colossians1:27).

Are you prepared to be bold and proclaim this truth at such a time as this (Esther 4:14)?

Climate: All is well, all will be well

Carbon dioxide is miraculous; it works with the sun’s energy to make it possible for us to live.

It is a vital part of photosynthesis, without which there would be no life on earth.

Photosynthesis is a beautiful chemical process in which plants, including trees, use their leaves to trap the sun’s energy in the form of sugar. Six molecules of water from roots combine with six molecules of carbon dioxide from the air, creating one molecule of organic sugar, which is stored as glucose for both immediate and later growth.

Without CO2 and other greenhouse gases, earth would be a snowball

Of equal importance is that photosynthesis produces oxygen.

Moreover it is CO2, with other greenhouse gases, that ensures the earth maintains a temperature warm enough for humans to survive. 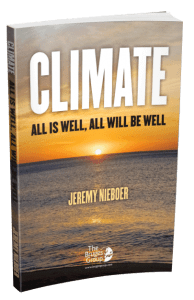 Most of the sun’s heat goes back to space via radiation from the atmosphere and by evaporation and convection. But 17% is radiated back from the earth’s surface – 12% goes to space but 5% is absorbed by these gases of which water vapour forms 95%.

However, CO2 is able to radiate 23% of absorbed heat and is thus vitally important. Without this and other greenhouse gases, the earth’s temperature would be 30°C lower – earth would be a snowball.

But the greatest miracle is that the laws of physics ensure that there is no runaway warming. For when CO2 density exceeds 290 parts per million (ppm), it can no longer absorb radiation. It is “saturated”.  Present density is 417 ppm.

There is no verifiable evidence, including satellite observations, to sustain the theory of global warming caused by human fossil fuel combustion

Currently CO2 levels are lower than the last 500m years (according to those who are not Creationists).

Doubling CO2 will have no adverse climate consequences. That is why there has never been runaway global warming even when, for millennia, CO2 was eight times today’s level. So a balance of the sun’s energy is ensured, which the arrogance and folly of man cannot disturb by further emissions of CO2..

It is said that more CO2  in the atmosphere will mean dangerous global warming. That has never been true. There is no verifiable evidence, including satellite observations, to sustain the theory of global warming caused by human fossil fuel combustion.

No distinguished professor of physics at a leading university would now stake his or her reputation on a claim that all the evidence shows that dangerous global warming will result if we do not reduce concentrations in the atmosphere.

My new book, ‘Climate: All is well, all will be well’ (published by the Bruges Group) demonstrates this and more.

God gave man the creative ability to improve his lifestyle, such as in better housing, better water supplies and better transport.

But this has led to industrialisation, pollution, and a rise in CO2, Assuming global warming is largely CO2, induced (many scientists debate this), the UN’s IPCC (Intergovernmental Panel on Climate Change) claims that it is still within man’s capability to counter the worst effects of global warming.

Hence the drive towards clean, renewable energy and the move away from fossil fuels. All this seems very reasonable.

But the Bible claims it is really God’s world, not man’s, and that God controls the weather (there are good Old Testament examples of this). According to the law of non-contradiction, man and God cannot both have the final say about the weather. It’s either man, or God.

The problem is that the nations have rejected the God of the Bible (the God of Israel) and his laws for living (Psalm 2:2-3):“The earth suffers for the sins of its people, for they have twisted God’s instructions, violated his laws” (Isaiah 24:5).

Sadly, according to Isaiah 24, it seems that man’s arrogant attempt at climate control will fail. Even Jesus hinted at violent end-time storms (Luke 21:25).

Paradoxically, it seems man can solve the climate change problem – but only by letting God do it! Only by turning to God in repentance!

I’ve never met a Christian who objects to the idea that we should look after the earth God created.

But much of the spirit and messaging of the ‘climate emergency’ narrative that we are now hearing is very different from this biblical idea of stewardship.

In the case of the ‘Gaia’ exhibition currently touring UK churches, it is nothing short of pagan earth worship.

Deliberately named after the Greek mother-of-all goddess of the earth, who is being referenced uncritically by host churches, it features a large globe.

The exhibition portrays our “planet home” as “fragile” and alone, “hanging in a void”, and insists that it is up to us to secure its destiny.

Ironically, in attempting to address one of the symptoms (earth pains) in isolation, Gaia actually aggravates the root cause (self-reliance and God-forsaking idol-worship), and this may well result in even worse symptoms!