When married mum Lisa Ortiz woke up from a drugs stupor in a holding cell, she felt terrified that she was going to die an addict. 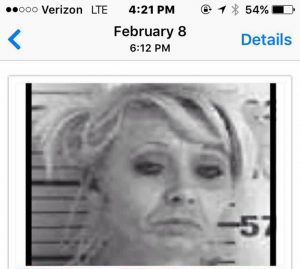 As she looked round the cell in Warren County Jail on 17 August, 2012, Lisa felt the ‘weight’ of her sins.

She was put in a facility for troubled teenage girls

But it was to be a defining moment in her life. Now 42, Lisa will tell anyone, “This is where Jesus Christ met me. I heard a voice speak to my heart: ‘This is your last chance’.

“Scared and not knowing what he meant, I said: ‘Lord, if you will help me, I’ll serve you!’ It was that quick – no tears – just God and me. Instantly he changed my heart; I just knew something happened.”

Lisa was used to jail but she needed no detox after her prayer. She found a new inner strength from God and started reading a cellmate’s Bible.

“I had no more compulsions, desires or overwhelming thoughts about the drugs”

She recalls: “I wanted to know this God I was gonna serve. I had no more compulsions, desires or overwhelming thoughts about the drugs; it was as if I had never had them. I walked in that jail a liar, a thief, a manipulator, a slave to drugs, and I walked out of that jail a brand new person.”

Lisa’s grandmother would have been overjoyed. She was a positive influence in Lisa’s childhood and took her to church. Lisa prayed a commitment to Jesus aged 11 but soon after found herself hanging out with the wrong crowd and began using drugs.

She was put into a facility for troubled teenage girls several times by her parents and tried to burn it down with a friend. The youngster faced 16 charges of attempted murder, which was later changed to aggravated arson. Lawmakers sent her to youth prison.

“I tried not to use the pills again,” Lisa recalls, “but the compulsions were so strong. I fell after two months. This time I found myself doing crystal methamphetamine (a highly addictive stimulant). I became addicted after my first time – I loved it!

“I started selling or trading everything we had for the drugs”

“My life went from bad to worse, real quick. I started selling or trading everything we had for the drugs. I got down to 100lbs, with sores covering my body. My mind was tormented by demons to the point I moved into my bathroom. I ate, slept and got high in there. My kids would have to come in there if they wanted to see me.

“My son and daughter were very angry and ashamed”

“My son and daughter were about 15 and 12 at this time – they were very angry and ashamed, and rightly so.”

To help Lisa, Paul moved the family to Albuquerque, New Mexico, but she still sought drugs there. So the family returned to Tennessee.

“I started robbing, stealing and lying to get my drugs. For several years I was in and out of jail. I got to a place in my life where I believed there was no hope for me. I did attempt suicide once and by God’s grace, I failed!”

God’s grace has been the key to Lisa’s transformation in the past six years. She and Paul now live in McMinnville, a small city in Tennessee. The couple have just celebrated their 24th wedding anniversary and Lisa works at a Christian preschool,  Covenant Preschool. 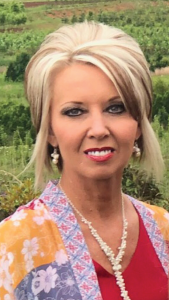 Rescued and radiant: Lisa as she is today

She is also ministering to women at a local jail and often uses Psalm 40:1-3 to share her testimony, which says: “I waited patiently for the Lord; he turned to me and heard my cry. He lifted me out of the slimy pit… and gave me a firm place to stand.”

She says: “God has done many, many wonderful things in my life in the past six years. He has called me to preach and teach the Gospel of Jesus Christ. We had lost everything: our home, cars, jobs, furniture, everything – and God has restored everything! He also has and still is restoring my relationship with my children.

“When no man, no medicine, no programme could help me, Jesus Christ did!”

“My heart’s desire is to share the Gospel with everyone, especially those who are in the pit I was in! I have the answer to their problem and it’s Jesus Christ! No programme, no steps, just turning wholeheartedly to Jesus Christ! I praise God alone for my salvation. He met me in my dark place and rescued me and my family.

“When no man, no medicine, no programme could help me, Jesus Christ did!”