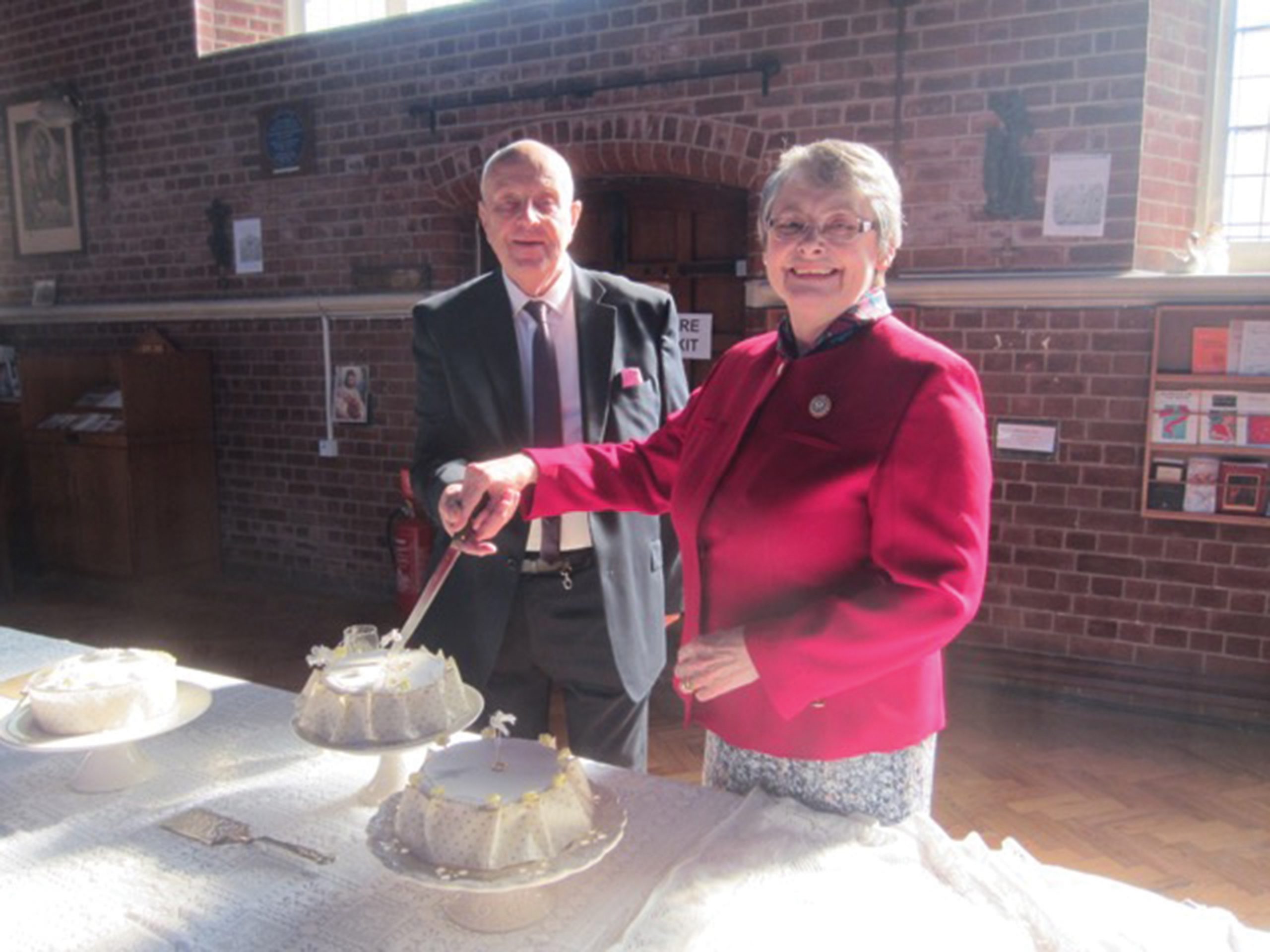 Lynda and Mark Lynam held a party afterwards at their church, St Barnabas in Bexhill.

The Rev Colin Gibbs, who conducted the service on 13 March, said, “They have been a real help and inspiration to their family and to many hundreds of people with their joint ministry of prayer and healing.”

Lynda and Mark first met while working at Geigy Pharmaceuticals in Manchester and married in 1986, but Lynda says, “The greatest memory we have is of the time in 1981 when we became committed Christians.”

Since then both trained as Readers in the Anglican Church, were involved in hospital chaplaincy and ministered around the country in healing rallies and conferences. Now Lynda is a licensed lay reader at St Barnabas and Mark is a churchwarden.

Lynda and Mark have a son and two daughters and seven grandchildren –  two boys and five girls.