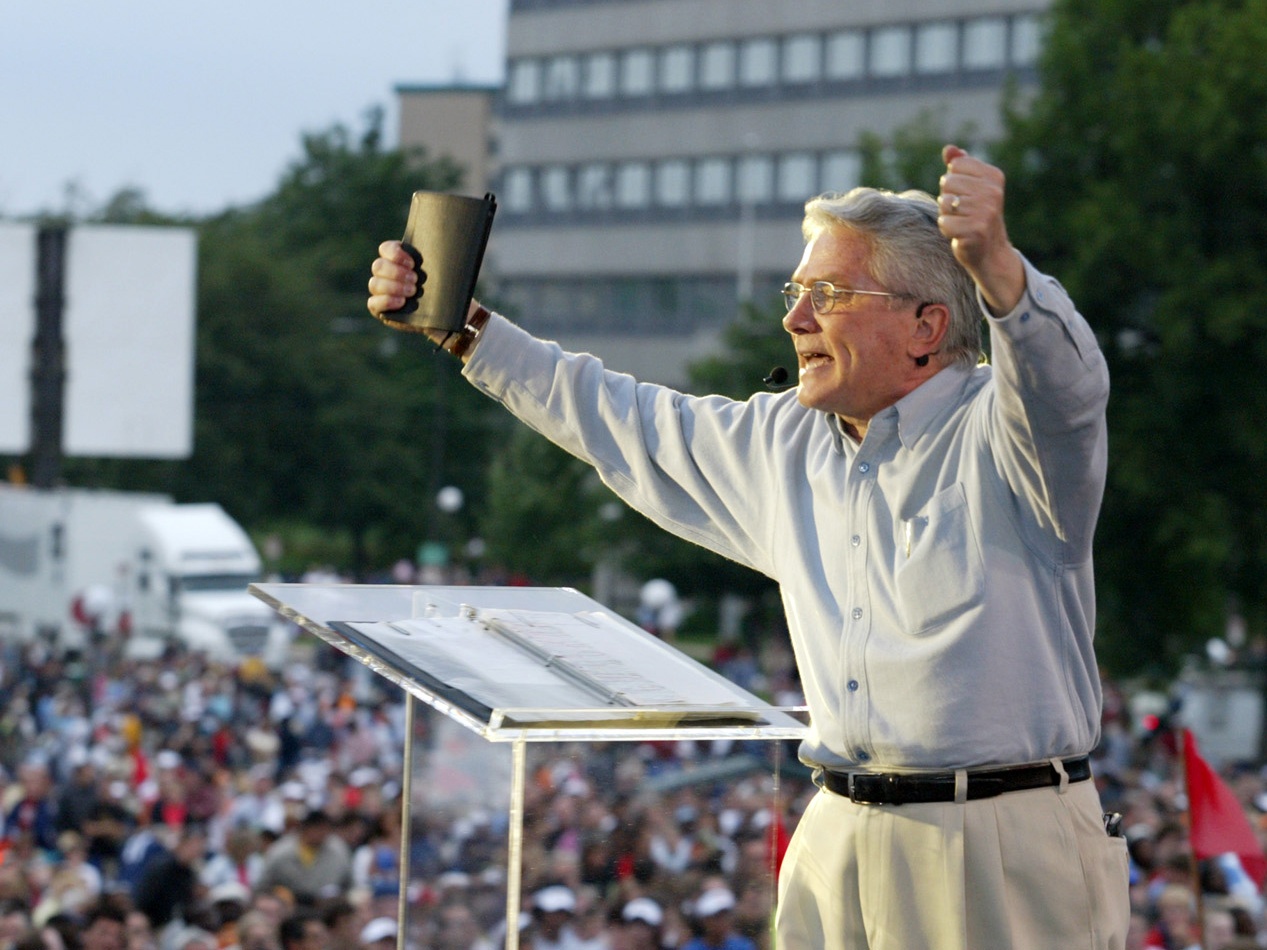 Luis Palau, a man once dubbed the second Billy Graham, went to be with his Lord on 11 March.

The Argentina-born evangelist died aged 86 after “a three-year battle with stage IV lung cancer”, according to The Luis Palau Association.

Palau worked as an evangelist for over 65 years and spoke in 80 countries around the world. His ministry believes he addressed more than one billion people during his lifetime, through live preaching, broadcasting and writing.

He became a Christian aged 12 and began preaching on the streets of Buenos Aires as a teenager. In 1960, he moved to the USA where he studied at Bible college and married wife Patricia.

In many ways Palau was mentored by Billy Graham and they were close friends. He led missions in the UK in the 80s and 90s.

The Archbishop of Canterbury tweeted that he was “grateful to God for the life and witness” of Palau. UK evangelist J John wrote: “One reason that Luis was so good as an evangelist was that he was so openly and wonderfully enthusiastic about the Gospel. As anyone who heard Luis will testify, there was joy in what he said. With him the good news sounded good news.”