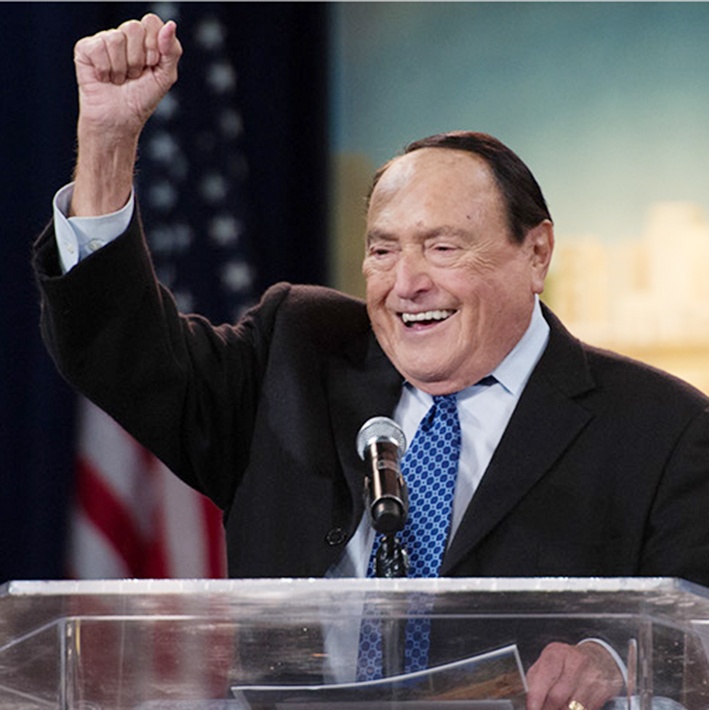 The controversial evangelist preached across the world, including in Brazil, Mexico and Nigeria and was passionate about training young pastors. His website states that by the end of his life he had trained 5 million Christian ministers.

In 1996, his ministry left the UK Evangelical Alliance following complaints over his claims of miraculous healings. Dr Cerullo said his crusade in London resulted in 746 testimonies from people saying they had been cured of various ailments after attending the rally.

Commenting on his ministry, Cerullo said: “The cry of my heart… has been: ‘God give me the ability to take the anointing you have placed on my life and transfer it to others.’”

Cerullo is survived by his wife of 69 years, Theresa, their son and daughter, seven grandchildren and nine great-grandchildren.