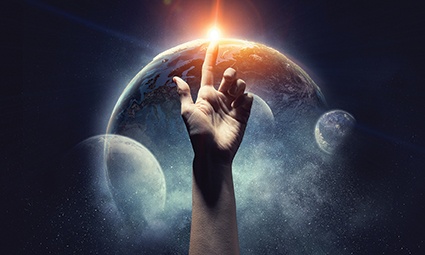 It is high time the cosy relationship between the BBC and the evolutionist establishment came to an end.

Currently licence payers are subjected to a one-sided diet of evolution and atheism from the likes of Richard Dawkins, Steve Jones, David Attenborough, Brian Cox, etc. I have to admire their astonishing faith to believe that nothing (not even any space or time), plus billions of years, equals the amazing created order of today.

On the rare occasions I have heard the word ‘Creationism’ mentioned on the BBC in recent years it is invariably treated with utter scorn, as if those who believe in an Intelligent Designer are equivalent to ‘flat-earthers’ or ‘fruitcakes’.

For example, one of the contributors to the BBC’s ‘Chance and Design’ programme asserted in blind faith: “We know that evolution is 100 per cent true!” – and there was no-one present to argue the opposite.

As a retired secondary school teacher, I believe that true education is only possible when both/many points of view are presented to the listener. Surely anything less is defined as ‘brainwashing’ or ‘propaganda’?

As part of its increased coverage of religion, I hope the BBC will now, with the “impartiality” and “fairness” promised in its Royal Charter, begin examining what has become the ‘religion’ of neo-Darwinism (evolution from one kind to another) based on recent scientific discoveries in several fields.1

In a letter to James Purnell, the BBC’s Director of Radio and Education, I appealed to the BBC to start giving well-qualified Creation scientists equal airtime with the evolutionist lobby.

1A short comprehensive account of the up-to-date scientific evidence for Creation/Intelligent Design is found in ‘The Delusion of Evolution’ (6th edition), New Life Publishing.