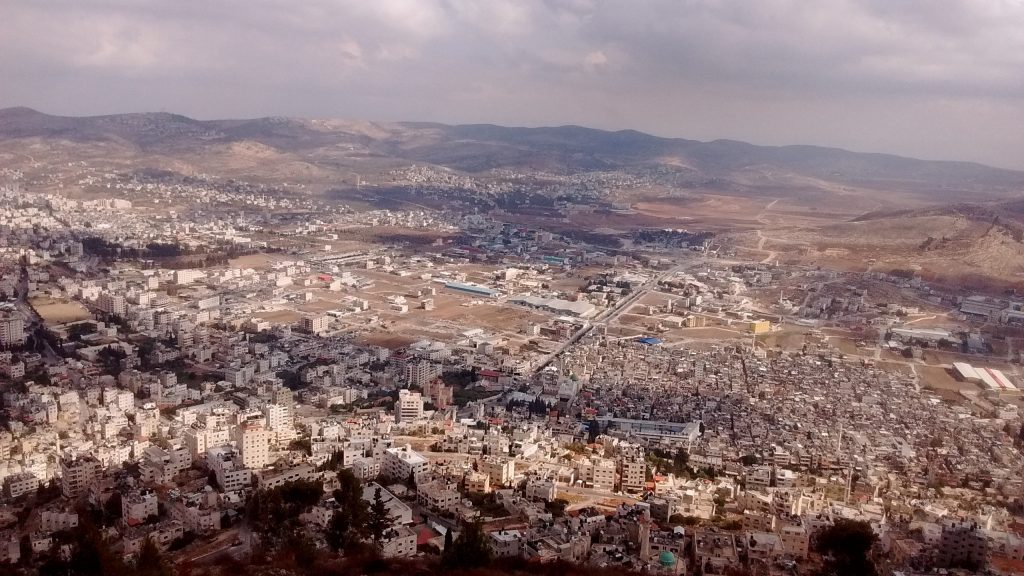 Shechem (now known as Nablus) in Samaria, is in the Bible and is home to Jacob’s Well and Joseph’s Tomb, yet its ownership is disputed today. In fact, the mountains of Samaria represent the heart of the land promised to the Jews – both by God himself and the San Remo treaty

With the Covid-19 pandemic in danger of blinding us to every other significant development in the world, we have been jolted back to reality by another crisis that has lingered unresolved for decades.

The Middle East conflict has continued unabated amidst a global plague that has struck fear among Israelis and Arabs alike, with Jews even getting blamed for it by some of their enemies.

Here in Britain, more than 130 British politicians have called for Israel to be sanctioned if they go ahead with proposals to annex Jewish settlements in Judea and Samaria – the so-called West Bank – that is presently under Palestinian Authority control.

The problem is that Western governments have for decades followed the mantra of a ‘two-state solution’ which would see an Arab nation living peacefully alongside the Jews. But this plan, based on the assumption that Israel is illegally occupying the disputed land, is completely fake.

The idea that ‘Palestinians’ were entitled to this land has evolved over several decades from an anti-Semitic propaganda campaign aimed at delegitimising the modern Jewish state, now 72 years old.

Jewish connection to the land goes back over 3,000 years

After a series of wars designed to destroy Israel failed to achieve that purpose, Yasser Arafat and others came up with the idea of resorting to lies and make-believe to try to convince the world that the Jews had stolen their land.

In truth, Jewish connection to the land goes back over 3,000 years, which was among the key reasons that world leaders got together at San Remo in 1920 to ensure they did the right thing by the Jewish people, to whom they granted all of what was then called ‘Palestine’ from the Mediterranean to the River Jordan.

This treaty still stands in international law and Israel has a perfect right to all of Judea, Samaria, East Jerusalem and Gaza – none of which belongs to the Palestinians.

It is only because the majority of Israelis desperately desire peace that they are repeatedly prepared to compromise by giving up land that is rightfully theirs. Sadly there is clear evidence that Mahmoud Abbas, Arafat’s successor, will never be happy with any ‘peace plan’ that involves recognition of Israel.

Meanwhile President Trump has drafted his ‘Deal of the Century’ – yet he has not  included San Remo in his equation. Is this because it had been long forgotten in British government archives? 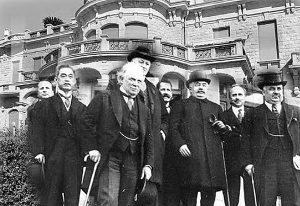 In fact, San Remo – signed a century ago – trumps all subsequent peace plans, and if it had been adhered to throughout the 1920s, 30s and 40s, the Israeli-Palestinian conflict might not have been given sufficient breath to ignite.

For it was never meant to come to this, with bits of ‘Palestinian’ territory here and there while politicians are forced to spar over rights to build. Yes, there was Arab opposition 100 years ago, but an attempt to solve this problem was made by Winston Churchill when, in 1922, he effected what I would call the original ‘two-state solution’ by handing over a swathe of land to one of Britain’s wartime Arab allies. Although some had hoped the Jews could have the entire territory, Churchill’s aim, as set out in a previous issue of this paper (Feb/Mar 2020), was to fulfil wartime promises made to the Arabs and to create a buffer state between the Jews and their neighbours, who were already sending over raiding parties.

It was no doubt well intended, for Churchill was always a friend of Israel, but the Arabs were still not happy, which is why the United Nations offered a ‘Partition Plan’ in 1947, dividing and reducing Israeli territory in clear breach both of God’s Word and the San Remo Treaty, also seen as Israel’s ‘earthly deed’ to the land.

And yet even this generous offer was rejected by the Arabs, who subsequently went to war against the new Jewish state, during which conflict Jordan illegally annexed Judea, Samaria and East Jerusalem.

But when Israel’s enemies eventually realised that the Jewish state could not be defeated by military means, a propaganda war was launched for the purpose of creating a non-existent ‘Palestinian’ people and state. The rest is history – much of it re-written, airbrushed or even invented.

Jordan’s annexation of much of Israel’s biblical heartland (which was renamed ‘the West Bank’) was recognised by only two countries in the world – Pakistan and (shamefully) Britain – whereas Israel’s proposed annexation only of parts of these territories elicits a cacophony of abuse from many quarters.

Those who divide the land of God’s “treasured possession” (Psalm 135:4) will reap the judgment of the Lord. (Joel 3:2)

Read more about the historic 1920 San Remo treaty in a limited edition book released to mark this April’s centenary. ‘Pathway to Peace’ is just £5; order from  sanremo@LNF.org.uk

‘Restoring Churchill’s reputation’ is an article on his role in the events leading up to San Remo. It can be read in the Feb/Mar 2020 issue of this paper; order by calling 01903 209383

His new book, ‘King of the Jews’, is now available from Christian Publications International. He is also author of ‘A Nation Reborn’ (CPI), ‘Israel the Chosen’ (Amazon) and ‘Peace in Jerusalem’ (olivepresspublisher.com) – all available from Amazon.

‘King of the Jews’ is reviewed in this paper and can be bought from www.heartpublications.co.uk

However, he has appointed Lisa Nandy, one of the other recent leadership contenders, as Shadow Foreign Secretary. Ms Nandy is a former chair of the party’s Friends of Palestine group and has recently supported calls for an arms embargo against Israel.

The day of the Lord