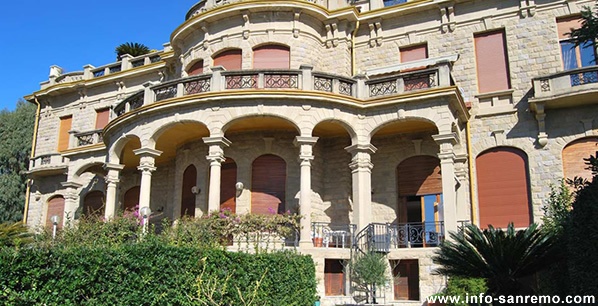 The whiskers and twinkle are unmistakeably those of British Prime Minister Lloyd George, helpfully posing for posterity with other European leaders.

Nearly three years after the Balfour Declaration of 1917, the (then) great powers convened to decide the fate of the Ottoman Empire, which had hitherto been under Turkish rule.

Their sunny sojourn resulted in the ‘re-birth certificate’ for the state of Israel, according to Roy Thurley, chairman of the ‘Love Never Fails’ group of Christian Zionist ministries.

It also led to the existence of the Kingdom of Jordan, Syria, Lebanon and Iraq.

April 2020 marks the centenary of the San Remo conference, so Roy and others are planning commemorative events, hoping to mirror the success of 2017’s Balfour 100 Royal Albert Hall celebration, attended by thousands from the Christian and Jewish communities.

The significance of San Remo

April 2020 sees the centenary of the San Remo Conference which has led to the existence now of Israel, the Kingdom of Jordan, Syria, Lebanon and Iraq.

The international meeting was a continuation of the Paris Peace Conference of 1919 following the end of the Great War.

Whereas the Paris Conference had decided what to do about the European territories previously under German rule, the San Remo Conference was called to decide the fate of the Ottoman Empire which had been under Turkish rule. It was attended by representatives of Britain, France, Italy, Japan and the USA.

The land under discussion included the area of Palestine and a Mandate was agreed for Britain to administer this territory in accordance with the terms of the Balfour Declaration of 1917, ie “the establishment in Palestine of a national home for the Jewish people”.

With the agreement of the Mandates Commission, Britain later transferred the area east of the River Jordan to the Hashemites, which became Transjordan. The remaining 23% of the land, from the River Jordan to the Mediterranean Sea, housed the Jewish National Home, which eventually became a Jewish state. In this way Britain attempted to fulfilled its commitments given to both the Jews and the Arabs during the Great War.

So, effectively, the San Remo conference resulted in the ‘re-birth certificate’ for the state of Israel. A number of events to mark the centenary are being planned for next April, so watch this space!