It claims that “the big bad tough guys of the IDF (Israeli Defence Force) thoroughly enjoy beating and shooting children”.

Meanwhile, Israeli Arab singer and actress Mira Awad has criticised former Pink Floyd frontman Roger Waters over his support of the anti-Israel Boycott, Divestment and Sanctions (BDS) movement, urging him to have “the balls” to visit Israel and share his thoughts there rather than pontificate from afar on a “complex” situation.

God TV’s Israel-based Hebrew channel Shelanu has been suspended by the country’s cable authority on the grounds of allegedly aiming to convert Jews after apparently promising not to do so.

‘We’d rather have Israel in charge’

A survey has revealed a huge gap between the opinions of Palestinian Authority officials and PA residents over Israel’s sovereignty plans. 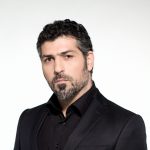 Interviewing residents of Judea and Samaria, where around half a million Israelis live, Arab affairs media commentator Zvi Yehezkeli was told by one respondent: “It is a million times better for Israel to be responsible for the entire territory. We’re ready to live
under Israel’s military boots rather than under the head of Abu Mazen [Mahmoud Abbas].”

Another said: “I don’t want a state; I want money.”

Almost all of the sites are in southern Beirut, and are located in civilian neighbourhoods, inside private houses, medical centres, churches, industrial sites, public offices, fast food chains and in open spaces nearby.

The US State Department annual report on terrorism details how Palestinian officials say they want peace while at the same time encouraging violence. And Israel’s Ambassador to the US, Ron Dermer, backed this up by saying that, for decades, “Palestinian leaders have rejected every Israeli peace overture while systematically promoting a culture that rejects peace and glorifies terrorism.”

It was said to be an “absolute miracle” that Rabbi Alter Yaakov Schlesinger survived a knife attack on a North London street on 12 June. Two Jewish construction workers and a Deliveroo driver had tackled the assailant.

A recent Supreme Court judgement in a case brought by the Palestinian Solidarity Campaign has left a loophole that allows local government pension schemes to impose BDS (Boycott, Divestment and Sanctions) independently of UK foreign policy. The Israel Britain Alliance advises asking the Communities Secretary to legislate against it.

The Houthis, an Iran-backed Islamic terror group, were said to be arresting and imprisoning Jews in Yemen, trying to ethnically cleanse the Gulf state of its tiny Jewish community.

The report came via an Egyptian newspaper, but when asked by The Jerusalem Post about the matter, Israel’s Foreign Ministry said it had received many queries about it and it appeared to be false.

Approximately 50 Jews remain in Yemen after 19 were airlifted to Israel in a covert rescue mission in 2016, marking the virtual end of a Jewish community dating back 2,000 years.

Part of the Houthis’ slogan is “Curse the Jews”.

An Israeli-developed artificial cornea is set to revolutionise the world of cornea transplants, bringing sight back to millions.

With new fears for virus transmission from Covid-19 affecting anything relating to human tissue, bio-tech company CorNeat’s new artificial cornea overcomes that problem and the company has received approval to start human trials.

Starmer sticks to his guns 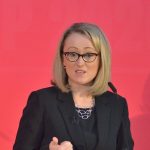 Labour leader Sir Keir Starmer has stuck to his guns over the sacking of Rebecca Long-Bailey as shadow education secretary as part of his efforts to rid the party of anti-Semitism. Long-Bailey had approvingly shared an article in which actress Maxine Peake linked the killing of George Floyd to false claims that American police learned ‘neck-kneeling’ from Israeli forces.

Israeli archaeologists discovered a trove of artefacts in Jerusalem dating back about 2,700 years to the time of King Hezekiah during the First Temple period.

Over 120 seal impressions stamped on jars were recently discovered near the new US embassy in Jerusalem – making this “one of the largest and most important collections of seal impressions ever uncovered in archaeological excavations in Israel”, according to the Israel Antiquities Authority (IAA).

The artefacts “provide a sneak peek into tax collection” during that period.

According to the IAA’s Jerusalem District Archaeologist, Dr Yuval Baruch, “The archaeological discoveries at Arnona identify the [location] as a key site – the most important in the history of the final days of the Kingdom of Judah and of the return to Zion decades after the destruction of the Kingdom.”

A leaked Syrian video shows three balls of fire lighting up the sky during a strike attributed to Israel.

The strike occurred around 21 July and Syrian sources admitted four “foreign fighters” were eliminated, who may have been Iranian militiamen. The Hezbollah terror group also announced it had sustained losses in the strike.

The terrorists, Abdul Razaq Farraj and Samer Arabid, are members of Popular Front for the Liberation of Palestine (PFLP) terror organisation.

Until their arrest by Israel at the end of 2019, they worked for the Dutch-funded NGO Union of Agricultural Work Committees, which is identified by a USAID-engaged audit as the “agricultural arm” of the PFLP.

San Remo celebration is in the air

Uncertainty over the government’s lifting of restrictions has left many Christian event organisers in limbo.

One such event is the commemoration of the San Remo centenary, the international post-World War 1 treaty that gave modern Israel her legitimacy, which featured in the June/July Gardner’s World.

The event, organised by the Love Never Fails coalition of Christian ministries, has been postponed until 24 October and will be held in London.

Roy Thurley, chairman of Love Never Fails, says the October date is “to emphasise San Remo’s direct link with the Balfour Declaration, agreed by the British War Cabinet on 31 October 1917.”

A digital version of the meeting is also being planned, to be broadcast on ‘sympathetic’ TV channels and on Youtube, and a parliamentary reception has been tentatively booked for 4 November.

After widespread pressure, an address by notorious anti-Semite Louis Farrakhan scheduled for 4 July was cancelled by Fox Soul TV, a new streaming channel geared towards the African-American community.

Farrakhan leads Nation of Islam (NOI), the oldest black nationalist organisation in the US. According to the Anti-Defamation League, “In recent years, Farrakhan has embarked on a wide-ranging campaign specifically targeting the Jewish community… Farrakhan has alleged that the Jewish people were responsible for the slave trade and that they conspire to control the government, the media and Hollywood, as well as various black individuals and organisations.”

More articles by Charles Gardner can be found on this site and Charles is also a regular contributor to Israel Today at www.israeltoday.co.il and Prophecy Today UK at www.prophecytoday.uk.

His new book, ‘King of the Jews’, is now available from Christian Publications International or from this newspaper (01903 209383). He is also author of ‘A Nation Reborn’ (CPI), ‘Israel the Chosen’ (Amazon) and ‘Peace in Jerusalem’ (olivepresspublisher.com) – all available from Amazon.