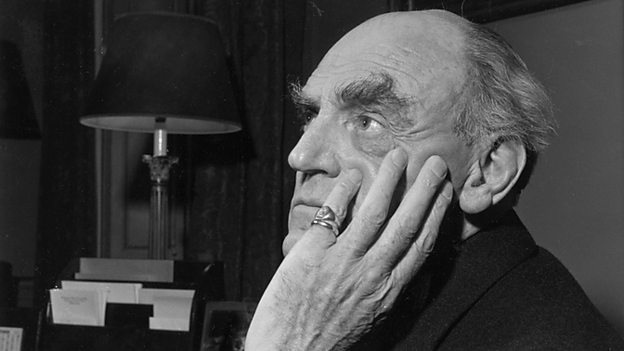 ‘The Noble Liar: How and Why the BBC Distorts the News
to Promote a Liberal Agenda’

It used to be customary to declare, when watching a particularly indecent programme, that the BBC’s hallowed founder, Lord Reith, “would be spinning in his grave.”

Paradoxically, these days we barely react to indecency from our national broadcaster, but many still find themselves irritated and frustrated by its blatantly liberal bias.1

Yet Lord Reith (1889-1971) provided a politically independent foundation. According to the BBC’s website, the noble Lord, a son of the manse, “fought off the politicians’ attempts to influence the BBC, while offering the British people programmes to educate, inform and entertain.”

Did the BBC already have an ideological slant or has liberalism planted itself in Auntie’s heart? According to author Robin Aitken, it is ingrained. An ex-BBC journalist and executive who spent 25 years at the Corporation, Aitken’s book takes its cue from Plato’s concept of a ‘noble lie’ – a myth told knowingly by those in power for what they perceive to be the greater good, and/or to further their own particular agendas.

Punchy and full of up-to-date examples, this is an easy read and an engaging, non-academic contribution to the growing reaction against the left-wing hegemony suffocating the British media class.

From Brexit to Trump, Aitken unpacks obvious examples of bias in the BBC’s coverage, backed up by research, statistics and quotes.

In his journey through decades of ‘noble lies’ perpetuated by the BBC about subjects like feminism, abortion, multiculturalism and immigration, what emerges is not a conspiracy theory about evil masterminds seeking to indoctrinate the British population, but a picture of a Corporation overwhelmingly staffed by sincere liberal ‘believers’, acting in what they think is the public interest and genuinely blinkered to the possibility that they might be wrong.

Aitken provides a refreshing, working example of what BBC reporters should be – accurate and fair-minded, impartial and honest, not imposing their own beliefs on their work.

Like journalist Melanie Phillips, he traces the origin of the issue to the left-wing’s reactionary hatred of Britain’s Judeo-Christian heritage – a hatred which increasingly unites even the most disparate of causes and victim groups. Aitken is brave enough to acknowledge that Christianity is the real foundation of everything that was once ‘great’ about Britain (including the BBC), and that no framework has yet been found to equal or replace it as the foundation of Britain’s national identity.

Meanwhile, still enjoying levels of cultural influence and a reputation for journalistic excellence that no other media group can command, ‘Auntie the apostate’ has despised her own heritage and is busy evangelising the masses with a new gospel.

There is no vitriol in Aitken’s analysis; he simply states that slanted, selective news coverage and the BBC’s near-total silence on the harmful consequences of liberal policies and laws, together with its undermining of conservative voices, constitute a gross dereliction of the Corporation’s duty. It is meant to open up controversial topics for full exposure and debate and now such topics are of extreme national importance. Therefore, the BBC has been directly complicit not only in the suppression of true debate, but in the deterioration of British society.

Thankfully, Aitken finishes on a positive note, reminding readers that no ideology or culture is immune from change or challenge.

For those wanting a more sophisticated philosophical exposition of leftist ideology, it won’t go deep enough – as per Aitken’s background, this is a journalistic commentary. However, it remains a very cathartic read – saying out loud everything you ever muttered about the Beeb – and will be accessible to all, regardless of belief, if obviously irksome for those who lean to the left.

1 ‘Liberal’ and ‘left-wing’ here refer to the particular strand of radical leftism, inspired by atheism, humanism and Marxism, that has come to dominate the mainstream media in the West.