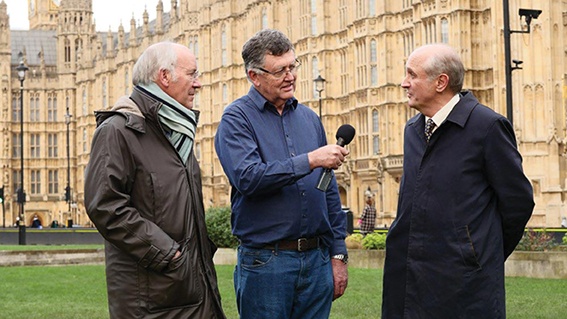 Meg, raised by lesbians, says, “My relationship with my ‘other mom’ was awkward…. I had a mom, a dad whom I ached for, and then I had her.  I hated the times she would try to parent me by offering me comfort or discipline. I accepted her only as my mom’s partner, not as a parent.  Later, when she and my mom split up, I felt relieved.  I felt sad for my mom, but I didn’t miss my ‘other mom’ despite the fact that she raised me as her own daughter.

“As I got older, I used attention from boys to try to fill the wound my missing father left.  I found

myself in two abusive relationships in college because I was looking for the love and approval of a man but I had no idea of how a good man should treat me …. We have to recognise that all children of same-sex parents are being raised in brokenness.  Something precious and irreplaceable has been taken from us … I was raised by same-sex parents because I was intentionally separated from my other biological parent and then told that ‘all that matters is love’ and ‘love makes a family.’  Love matters, but accepting and promoting same-sex parenting promotes the destruction of families, not the building of families.”

In my counselling work with those (men) wanting to leave homosexual practices, I come across people from an extraordinary variety of backgrounds and I’m very aware of just how much family, schooling and peers contribute to the sexual values we hold and to emerging sexual identities.

More and more children are being born today to same-sex couples.  We are simply presented with the fact of a child and an assertion that the parents have a human right to conceive in this way.  But there is a counter-argument that nobody has a right to conceive children, rather it is the other way round – all children have a right to a father and mother, wherever possible their biological parents.

One important contribution to this debate is from the children who have been raised by same-sex parents. Researchers in this field have usually asked the parents, rather than the children, how they are progressing.  Not surprisingly most parents – and most children in the presence of their parents – give a good report on how they are doing.

Today, however, for the first time, a sizeable cohort of such children are now adults and able to speak for themselves.  A book, ‘Jephthah’s Children’, by lead author Robert Oscar Lopez, gives an insight into this complex world.  Lopez, a professor at Southwestern Baptist Seminary in the USA, was raised by his mother and her lesbian partner; many of his co-authors, including Meg above, have had similarly challenging life experiences in childhood.  (Jephthah was a biblical character; his sad story is recorded in Judges 11.)

In his late 20s he went out of his way to get to know his father. “Father’s Day is always painful

because it is on this day that everyone around me shares stories and tells tales about this person in their lives, most often involving the tender years of childhood and adolescence.  I have a father but I don’t have those stories to tell, so I am torn.  Instead of narratives about being taught how to pitch a baseball or pep talks to stick up for myself against bullies, I have maudlin and pathetic stories about being a teenage freak, getting beat up, having nobody to turn to and defend me, feeling abandoned and alone, finding solace in male prostitution and hook-ups with lecherous gay men. My father became my father when I was 27.”

The book contains story after story of heartache – children growing up and wondering who their missing parent is and blaming their same-sex parents for intentionally putting their own desires first, raising questions as to whether they really love their child as much as they say.

One researcher who has studied the bigger picture, looking at the scientific research, is Walter Schumm, a professor at Kansas State university.  His book, ‘Same-Sex Parenting Research’, gives scientific support to Lopez’s book.  He challenges the mantra that there is ‘no difference’ between the experiences of children of same-sex parents and those of opposite-sex parents.  His book is not bedtime reading, having many references to statistical findings in research papers, but the general sense of what he is saying is clear – too many studies have followed the easy ‘no difference’ option.  He looks at such topics as family stability, sexual abuse of children by parents, sexual orientation of children of same-sex parents, mental health and consequences of same-sex marriage.

He says, “My assessment is that the research presented in this book has shredded any pretence that the dogma of ‘no difference’ is factually correct.” 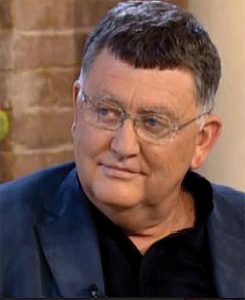