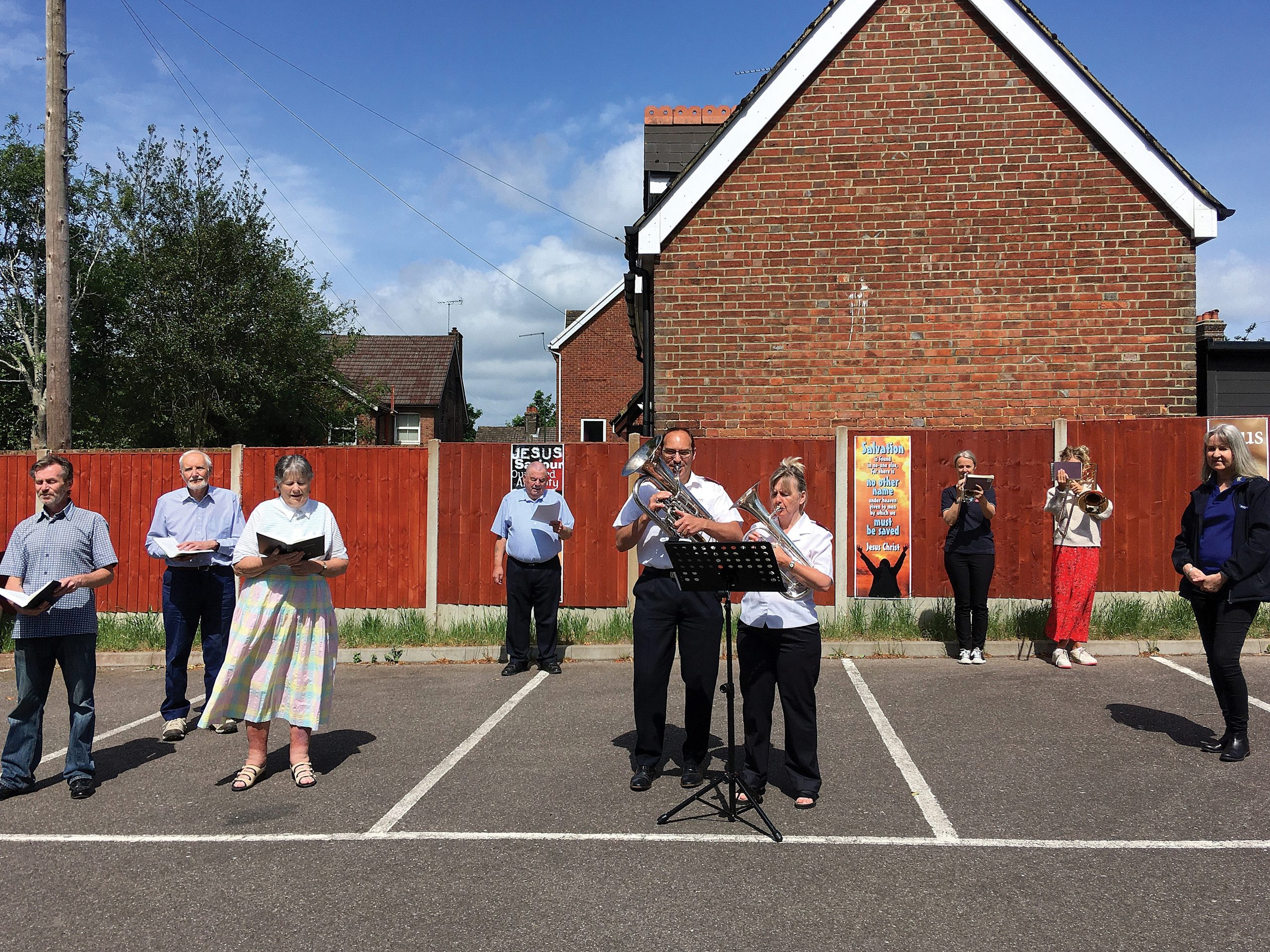 Meanwhile, churches are lumped in with leisure centres in the post-lockdown pecking order

Britain faces a debt burden that will be felt for at least a generation.

The £300bn debt racked up since the Covid-19 lockdown dwarfs Britain’s £39bn Brexit pay-off to the EU.

The idea that God has allowed or even sent this plague upon us is anathema to many churchgoers and church leaders. Yet after last December’s election, which saw the crushing defeat of a potentially
anti-Semitic government that would have blocked the people’s vote to leave the EU, I was hearing: “Unless you repent you will likewise perish.”

Churches remained closed from Mothering Sunday on 22 March through to Easter and Pentecost. Their reopening schedule was considered by the government to be on a par with opening leisure centres.

Unfortunately, our Church nationally was in such a sorry state that God could not find a reason in the UK Church to hold back his judgement.

If we believe this virus is a judgement from God, and God knows all things, we can say by extension, that God has shut every church building in this nation for corporate worship.

This cannot be underestimated! If we see this as a judgement of God, it really should make us shudder.

This will no doubt be a great time of sifting. Like every organisation, the finances of churches will be touched.

For many years, much of the Church in the UK and the West has been drifting into liberalism. Sin and judgement have been sidelined for acceptance and “judge not”.

Whereas Rev Billy Graham was welcomed over 60 years ago when he first came to these shores, and even our Queen sought out a private audience with him, his son, Franklin Graham, was treated like a hate preacher when he tried to preach the Gospel in Britain this summer.

To see sections of the Church stand with the venues that cancelled his meetings was very serious indeed. Now both arenas and churches are closed.

Is this the end of the Church in the UK? Of course not. Many continue online, perhaps preparing as the remnant Church for the days ahead.

We have not turned; we have not even asked the question

Why might this judgement have come to Britain? Over the years, God has already brought a certain amount of judgement;  it’s fallen on the beasts of the field and has been seen in the floods and several economic tremors.

This spring the nation has gone to extreme measures to save lives by imposing a nationwide lockdown. The government rightly talks about every death being a tragedy. But where is the compassion for the unborn, the most vulnerable and helpless in our society?

Every year, governments across the world fund the killing of 56 million babies, a similar number to those who died in World War Two.

When someone takes another life, we rightly seek justice. So when many of our young men were killing each other on London streets, we said, “This must stop, because we saw the bloodshed.”

Yet what has been the recent response to the ending of one million lives every five years in our nation? We sought to stop people praying outside clinics and have even forced abortion on Northern Ireland.

However, God’s mercy can be seen in this judgement. Globally, many abortion clinics have been closed during this pandemic. Planned Parenthood announced that 5,600 of their clinics across 64 countries have closed. Even if they were only performing ten abortions a day, that is 50,000 babies saved from abortion every day, massively eclipsing the numbers dying as a result of this virus.

More lives will be saved by this virus than killed

Some reports state that up to 49 million women and girls across the globe may no longer have access to family planning services (which would include access to abortion). Thus, ironically, more lives will be saved by this virus than killed.

But the British government suddenly allowed women to take abortion pills at home, despite Health Secretary Matt Hancock’s denial of these plans on 24 March.

And already, the newspapers have reported women suffering after aborting babies at home when they were past the legal limit. One baby was seven months old, four weeks past the limit.

May these revelations awaken people to the horror of abortion.

It seems God is also using the schools’ closure; there will be less time for the planned rollout of the deeply disturbing new Relationships and Sex Education lessons in England this September. May parents pay much closer attention to what their children are being taught.

And despite reports of increased domestic abuse, God has used this time to strengthen the family, with fewer opportunities for parents or teens to stray.

May affairs be ended, troubled marriages be restored and many more seek the deeper and more stable relationship found in marriage.

And 80 years after our nation flocked to pray for our soldiers stranded at Dunkirk, let us pray that the nation returns to her God-fearing heritage.