Amid the political turmoil and resignations over the EU divorce deal, one MP cited Britain’s “lack of leadership” and betrayal of British values in Asia’s case as an additional reason for his resignation. 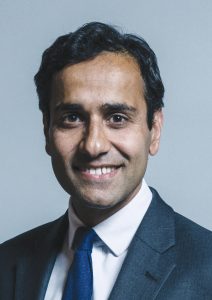 Rehman Chishti stepped down as Vice-Chairman of the Conservative Party and the Prime Minister’s Trade Envoy to Pakistan after 14 months in post.

In his resignation letter of 15 November, the pro-Brexit MP for Gillingham and Rainham said he had campaigned “passionately” on behalf of Asia Bibi with Bishop Michael Nazir-Ali since 2012.

A previous letter on behalf of Asia Bibi sent by Mr Chishti on 13 November had the support of 124 MPs and Lords, he said.