Jewish peer Lord Alan Sugar has said that if Labour leader Jeremy Corbyn becomes Prime Minister, it will be “the day Britain died”. 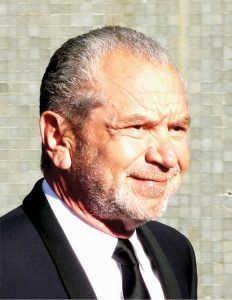 Speaking in a House of Lords debate on anti-Semitism, the Apprentice host and ex-football manager urged the UK government to “use all efforts to ensure” it didn’t happen.

Meanwhile an inquiry was launched into claims that a Corbyn aide – former Communist Party member and Hezbollah supporter Andrew Murray – had worked on the parliamentary estate for eight months without security clearance.

“It’s only anti-Semitic if a neo-Nazi pulls trigger”

What the world needs now is… the Father’s love