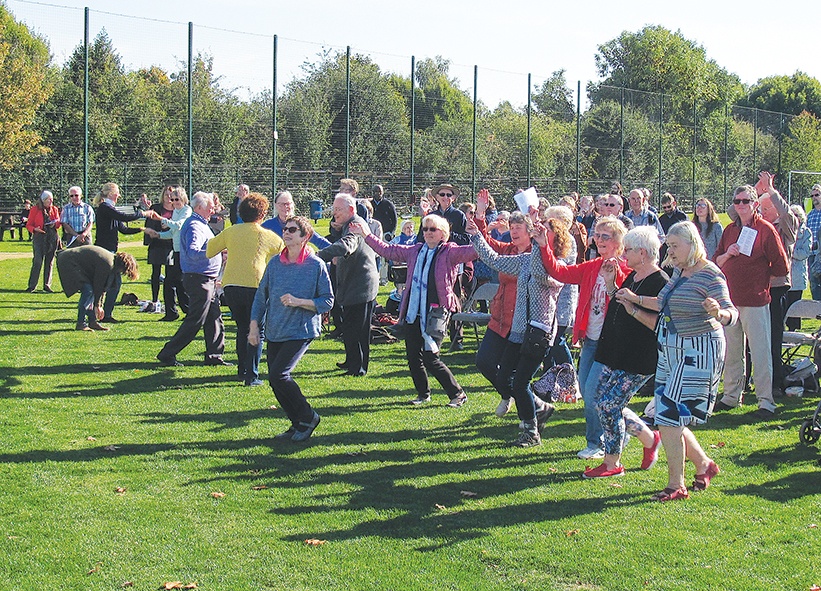 ‘As One’ prayer day, Coventry, 29 September, organised by Call The Nation To Prayer

Over the years many Christians have wondered when the prophetic words of nationwide revival from evangelists Smith Wigglesworth and Jean Darnall will be fulfilled.

In 1947 Smith Wigglesworth had prophesied: “When the Word and the Spirit come together, there will be the biggest move of the Holy Spirit that the nations, and indeed, the world have ever seen.”

These prophecies were in the minds of the team behind the Call the Nation to Prayer (CTNTP) initiative, who believed they had followed a trail of ‘clues’, leading to a unique prayer gathering in the heart of England in September.

Their ‘As One’ prayer gathering for church unity and revival saw a crowd of around 150 gather in Coventry Cathedral’s ruins in the morning to worship, pray and remember what God had done in the past through different church streams and denominations.

David Gilbey, Coordinator of CTNTP, commented: “Coventry is known around the world for peace, reconciliation and unity. In that atmosphere, coming together afresh, past differences and divisions were let go.”

Then an afternoon service was held in the sports park at Meriden – the village regarded for 500 years as the centre of England.

Here CTNTP’s founder, Peter Hill, symbolically joined two staffs held by Rev David Mayhew, former vicar of Holy Trinity Coventry, and John Yates of Clarion Call Ministries, with a crimson cord. This was a visual representation of the church streams historically emphasising the ‘Word’ and the ‘Spirit’ coming together, united by the blood of Jesus.

Peter Hill said, “It is my firm belief that we have entered a time when we are being impressed by the Holy Spirit, along with godly conviction, to come together ‘As One’.”

Participants danced during the worship time as an expression of love for God and finally broke into twos and threes to take communion (called simply ‘the bread and wine’ on the day).

Attendees also took home almost 4,000 copies of the
devotional reading ‘The Father’s Love Letter’ to give to friends and neighbours.

David Gilbey said: “All of this was underpinned with a desire to declare God’s heart of love to the individuals, families and communities which make up our nation.”

With thanks to Call The Nation To Prayer