Churchgoers gearing up to invite friends to church this June

Three million people in the UK are open to an invitation to church, according to research – but most Christians are too fearful to invite them, says Back to Church Sunday pioneer Michael Harvey. 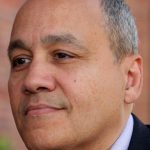 This is why he is launching the UK’s first National Weekend of Invitation from Friday 15 to Sunday 17 June, in response to what he calls “the churches’ greatest missed opportunity”. The Weekend will see thousands of church members stepping beyond the ‘fear barrier’ to invite friends and family to church events.

Thirty-six church leaders from as far as Durham and Manchester attended the London launch on 7 February.

The project is already bearing fruit in UK churches. “In the past few months we’ve seen our largest number of visitors to events. Most recently 37 people came to an Alpha Course,” said Jason Clark, Leader of Vineyard, London.

The idea is for individuals in the pews to invite their friends with a simple question “Would you like to come to church with me and afterwards why don’t we have Sunday lunch together?”  The key to success, say the organisers, is the personal invitation and attention.