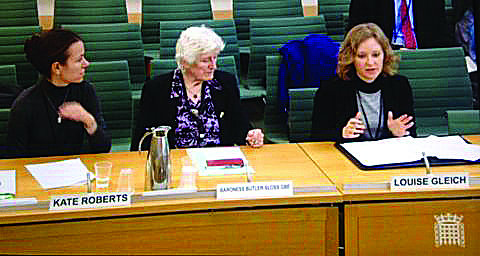 The Free For Good campaign was only launched in Parliament at the end of January, yet by 19 February over 550 MPs had been contacted by the public to urge them to support a new bill to support victims of modern slavery.

Currently slavery victims are supported for just two weeks once they escape their exploiters. The Modern Slavery (Victim Support) Bill would
offer them support for up to a year.

The campaign aims to pressurise the government to allow time to debate the bill in Parliament.

Christian pressure group CARE, one of the supporters of the campaign, points out the anomaly between the treatment of victims in Northen Ireland and Scotland, where they have a right to support, and the UK, where victims are given a mere fortnight of support.

Louise Gleich, CARE’s Senior Policy Officer on Human Trafficking, says: “Once they are formally identified as a victim of modern slavery, victims are given 14 days of support. However, after this short-term provision ends, many victims end up homeless, destitute and vulnerable to being re-trafficked. There’s no point in rescuing victims of slavery if gaps in our support system mean victims end up back in the hands of their traffickers.”

More information is available at freeforgood.org.uk