The prophetic significance of the European Crisis 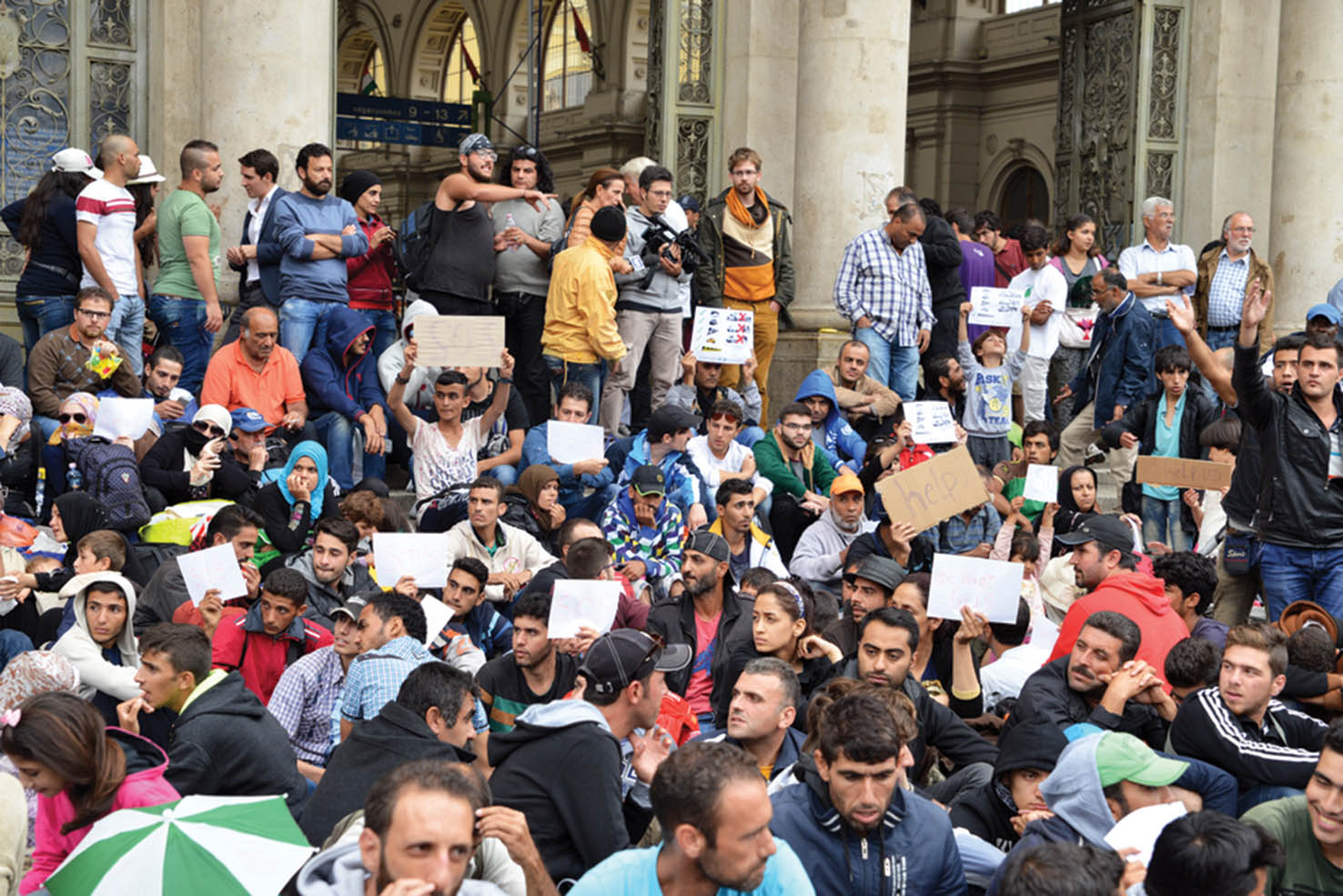 There are no signs of stemming the flow of migrants and refugees into Europe. Nearly half a million people have crossed the Mediterranean this year, and this is just a fraction of the millions who may be heading this way. But could there still be a part for Britain to play in God’s purposes?

EU LEADERS HAVE DECIDED TO “TACKLE THE DRAMATIC SITUATION AT OUR EXTERNAL BORDERS AND STRENGTHEN CONTROLS AT THOSE BORDERS.” That was at their 23 September meeting.

But Europe’s open door may soon be closed in face of the overwhelming tide, with the most vulnerable countries hastily recreating their borders. The ‘open border’ Schengen agreement languishes in the dust of thousands of weary migrants’ footprints.

Having triggered the large inflow of migrants, even Germany has finally realised that continuing to signal ‘welcome’ could have catastrophic effects. But EU leaders have struggled to agree a quota system, with fierce opposition from Eastern European nations which do not want an influx of Muslims into Christian countries.

It is indeed significant that the majority of the migrants are Muslims. Some 25 years ago in ‘Prophecy Today’ we published several articles by writers such as Clifford Denton, Lance Lambert, John Lafin, Patrick Sookhdeo and myself, who all perceived that the greatest threat to world peace was not from the Soviet Union but from militant Islam. This threat is now being intensified by news of IS’s plans to mingle half a million jihadists with the flow of migrants.

EU leaders are now agreeing to deal with the crisis by supporting Turkey, Jordan and Lebanon in coping with the 4 million Syrians already in their countries, and to help the 11 million displaced within Syria. Meanwhile, Russia’s military involvement in support of President Assad is causing further concern. On the sidelines, people in Israel are watching the developing situation with growing anxiety. So what’s going on? Is there any word from the Lord about these volatile times?

Shaking of the nations

Jesus said his Second Coming would be heralded by a “shaking of the nations”. This is prophesied several times in Scripture, notably Isaiah 2 and 24 (also Haggai 2, Hebrews 12, Matthew 24, Mark 13 and Luke 21). Jesus taught that even the heavens would be shaken (Luke 21:26), warning that “Nation will rise against nation, and kingdom against kingdom” (Matthew 24:7). He foretold persecution of believers and a great increase in wickedness.

The late, esteemed Bible teacher Lance Lambert gave two interviews for ‘Prophecy Today’ in 1988 concerning the future of Israel, which we have recently re-published because of their relevance to today’s crisis. Lance did not believe that solving the Syrian conflict would bring peace to the Middle East. He believed that after fighting each other, the Muslim nations would turn on Israel because their ultimate objective is to annihilate the Jewish state. He also said:

“I do feel that we have…passed irreversibly into the last phase of world history. We know this from Luke 21:24, where Jesus prophesies that the Jewish people will fall by the sword, be taken as captives into all the nations, and Jerusalem trampled on by foreigners ‘until the times of the Gentiles are fulfilled’.”

Are the ‘times of the Gentiles’ now fulfilled? There is no definitive answer but the prophesied ‘shaking of the nations’ certainly appears to be happening in our lifetime. Jesus said, “When these things begin to take place, stand up and lift up your heads, because your redemption is drawing near” (Luke 21:28).

Far from being nervous, we should be excited to see these things happening! But it is essential to study God’s word and listen to the Lord. We need to know what God requires of us. Could it be within God’s purposes, for instance, to bring large numbers of Muslims into Europe to release them from the spiritual darkness of Islam? It certainly gives Christians an opportunity to show the difference between Mohammed’s god and the God and Father of our Lord Jesus Christ.

Historically Britain has enjoyed a special place in God’s Gospel purposes. But does that place still exist for modern, ‘post-Christian’ Britain? The prophet Isaiah actually refers to Britain several times, particularly in the four ‘Servant Songs’ that speak of God’s Messianic purpose for global salvation.

Isaiah refers to “the islands” and links them with “the ends of the earth”; in those days the British islands were at the end of the known world. The final reference to ‘the islands’ is found in the last chapter, in the context of the final conflict in human history. It speaks of a sign being sent to “the distant islands…They will proclaim my glory among the nations” (Isaiah 66:19).

If we put this in the context of Jesus’s words about the end times, “There will be great distress, unequalled from the beginning of the world until now” (Matthew 24:21), we may expect a time of unparalleled international upheaval (my own interpretation is that this began with the 2010 ‘Arab Spring’, spreading across North Africa to link with the Middle East conflict). But if this is a right interpretation of Isaiah’s vision, Britain has a special part to play within God’s purposes.

Is there sufficient strength in our Judeo-Christian heritage for Britain to carry out its role of bringing God’s word into this situation? I believe the word of the Lord to Britain today is, “Not by might nor by power, but by my Spirit, says the Lord Almighty” (Zechariah 4:6). To this we must add Jesus’ words to his disciples to “watch and pray” (Matthew 26:41).