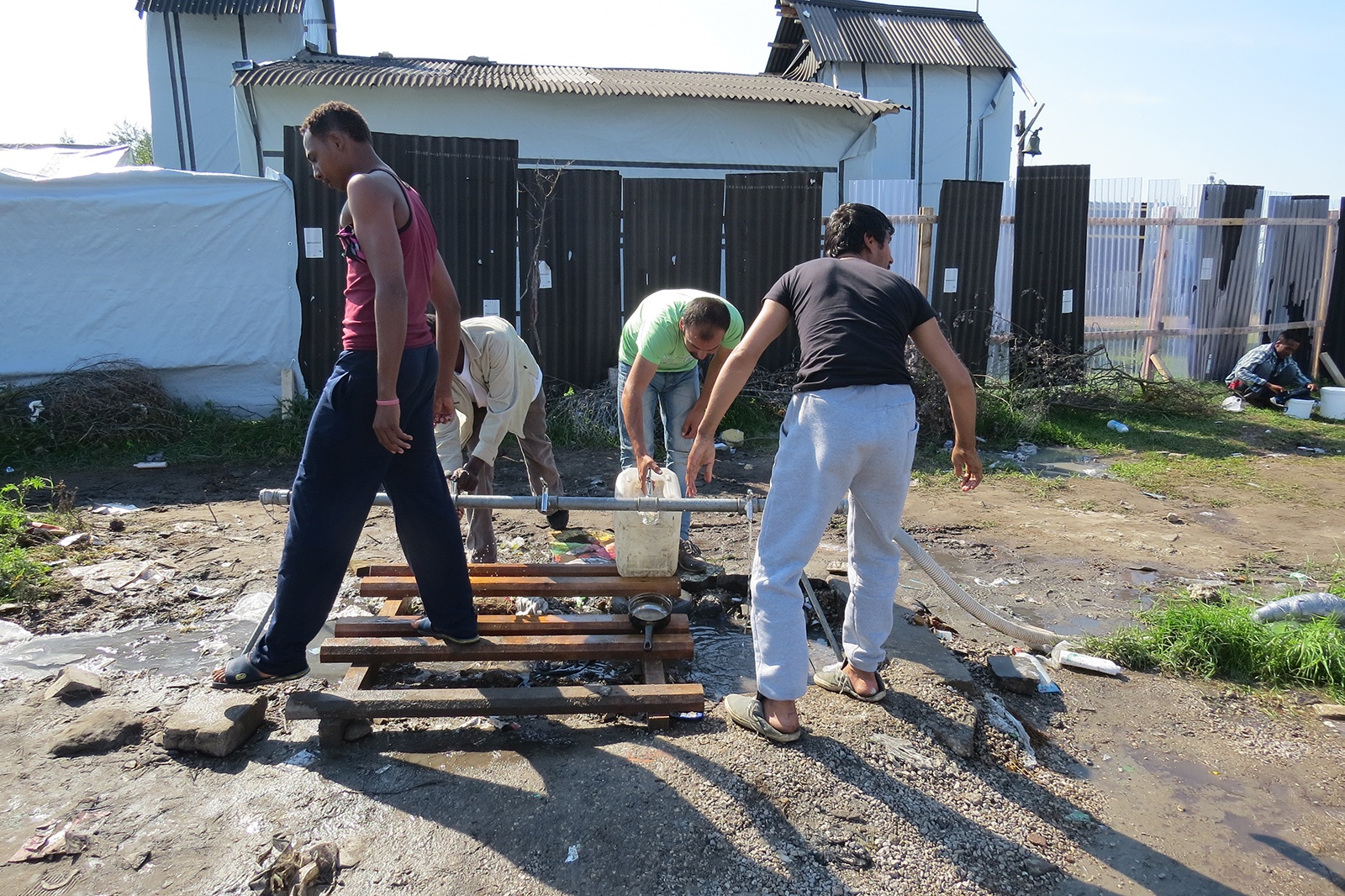 The enormous response of Christians to the call to aid the refugees in the Calais camp known as ‘The Jungle’ may be misconceived, says David Fox

When I visited the refugee camp on 17 September, one of the first things I saw at the entrance was a pile of burnt clothes and shoes.

I asked Madote an Eritrean lady sitting on the kerbside why these clothes had been burnt.

‘’It was done as a protest against the dozens of clothing donations that come here every day,” she said. ‘’We have no money or food and while we are grateful for summer clothes we have no need for them.”

Madote receives no allowance because her application for asylum is with the authorities in France and may take months to be even looked at.

Vans, cars and people arrive all day every day delivering inappropriate clothing lovingly given and collected by communities, but it is fuel and food that are in short supply. I approached four skilled refugee engineers who told me they had waited all day for a can of fuel to be delivered to operate a generator which would pump waste away from the fresh water supply.

They sat by a cheap generator attached to a pump. They had to raise the money, have a friend walk 2 miles to the garage and return with the petrol.

One of the engineers, a Syrian called Nizar, told me they had dug trenches to ensure that the waste from the latrines would not mix with the clean water and cause diseases such as dysentery and typhoid.

Due to the food shortage most of the refugees rely on the stew and bread which the authorities deliver at 5 00 pm. each day or food from the various aid agencies which serve the camp.

I witnessed a peaceful line up gathering at 4-30 at the point where the van would arrive.

Simon Rooksby, who operates ‘Computers for Charities’ in Hailsham, has been going to Calais even before the camp was moved closer to the port. He told HEART: ‘’It is all getting a bit chaotic…black marketeers in the camp are taking advantage; they are inflating prices on food which affects the weak and vulnerable.”

Simon has witnessed vans turning up and being met by 30 or 40 immigrants, who would pull the donations out of the vehicle and scurry away. His advice to would-be donors before loading a van for Calais, is to ‘’Calm down and appraise the situation.”

Peace in a make-shift sanctuary

I found that despite the chaos Christians have built a church from abandoned industrial wood and other thrown away materials and have opened the door to all refugees.

The church, named St Michael’s, is a place of peace and refuge and has regular prayers and services, and wonderful works of art can be found amongst the tented homes of the residents of the Jungle.