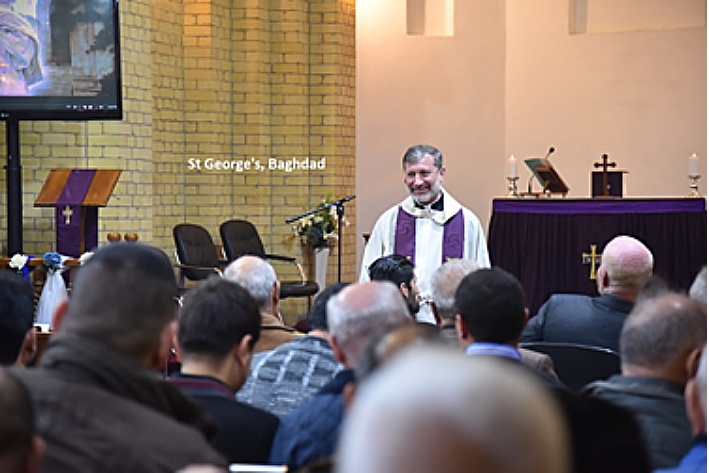 Faez Jirjees remembers this attack well. Despite the continuing risks faced by Christians in Iraq, he is now the only ordained Anglican vicar in the whole of Iraq, where he is Chaplain at St George’s, the church made famous by Canon Andrew White, the original ‘Vicar of Baghdad’. Due to health issues, Canon White is back in Britain, but still campaigns and urges prayer for his other ‘family’ in the Middle East.

Rev Jirjees visited the UK for the first time in seven years this September, on a trip organised by The Foundation for Relief and Reconciliation in the Middle East (FRRME), the organisation set up by Andrew White.

Alex Wentworth of FRRME told HEART, “Despite risks to his safety, Faez often leaves the secure compound of St George’s to meet with religious leaders from across the sectarian divide.

“Faez has been recognised by the Iraqi and British governments for his extraordinary reconciliation and humanitarian work.”