The beauty of Zion 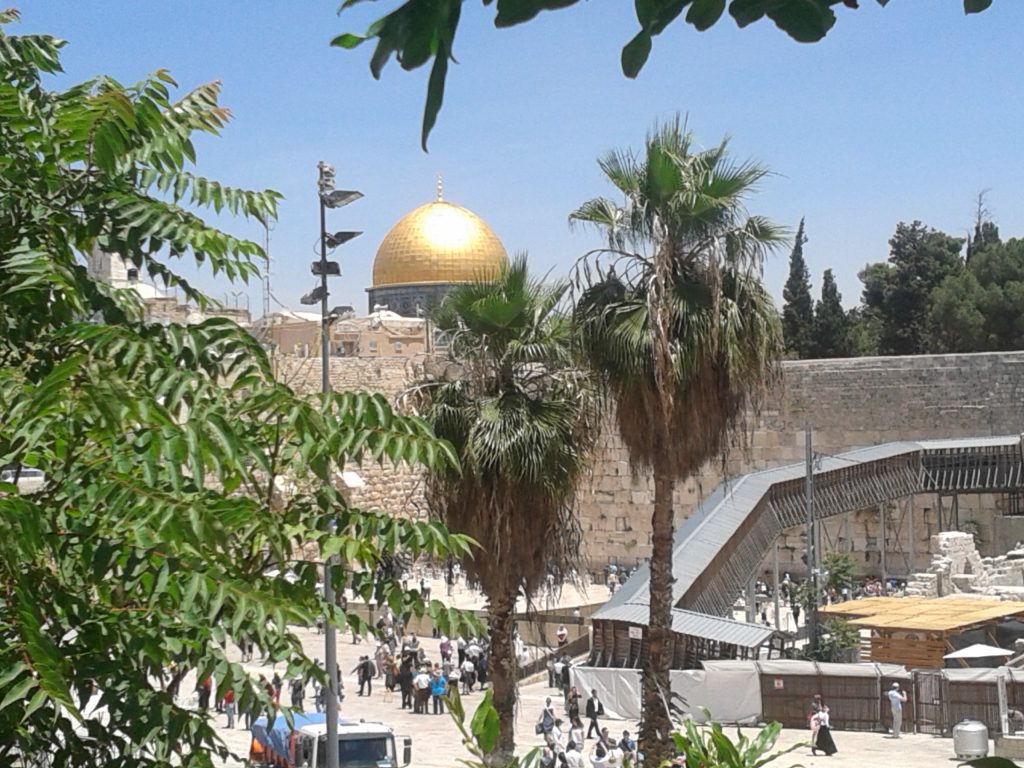 Zion, city of the Great King and joy of the whole earth (Psalm 48:1f)

As Jews across Europe come under increasing fire, and the scandal of anti-Semitism continues to wreak havoc in Britain’s Labour Party, there is an ever-present danger of misunderstanding as to what it’s all about.

Why have Jews, and Israel in particular, become the focus of so much vilification? And what on earth is Zionism, a catch-all word generally being used in a disparaging way by opponents of the Jewish state?

Among the many unsavoury allegations of anti-Jewish sentiment surrounding Opposition Leader Jeremy Corbyn, he was recently cited as having said in a 2013 speech that Zionists in the UK had “no sense of English irony”, which critics said implied they weren’t fully British.1

Quite apart from this being a nasty slur that is patently untrue – for British Jews have surely been the most loyal of minorities, contributing hugely to our success in so many fields, not least the economy – let’s put that aside for a moment in a bid to unpack what is meant by Zionism.
So it’s a form of insult for some – we get that – meant as a kind of synonym to describe a ‘racist’ people accused of stealing Palestinian land. But the reality is very different, and we need to rescue this skewed meaning from common use.

In truth, Zionism is among the most noble, holy concepts found in the English language (or any language) and those who take up its cause should be justly proud of doing so. For it is essentially a biblical concept of the place where we go up to meet with God to worship him.

Specifically, it refers to Jerusalem, God’s dwelling place on earth also known as the “city of the Great King” (Psalm 48.1f). It is a very special domain which God himself has chosen as a “resting place” (Psalm 132.13f). So to use it as a form of insult virtually amounts to blasphemy because it involves denigration of something sacred to the Creator.

In the time of Jesus, Jews were expected to make a special pilgrimage to attend three major feasts a year – all in Jerusalem – when they would sing about going “up to Zion”. The Book of Psalms is liberally strewn with joyful expressions of the holy wonder of these regular journeys. The city is built on mountains, including Mt Zion, at an elevation of nearly 3,000ft, which thus requires a stiff climb of some 4,000ft within the space of just 30 miles from the Dead Sea – which, at 1,200ft below (normal) sea level, is the lowest point on earth.

Zion describes the city of Jerusalem (Isaiah 40.9) and the nation of Israel as a whole (Zechariah 9.13, Isaiah 60.14). And it is a place God loves (Psalm 87.2f), having first assumed significance when King David brought the Ark of the Covenant into the stronghold of ‘Zion’, also named the ‘City of David’.

Similarly, Zionism is a longing expressed by Jews dispersed around the world for a return to their ancient land, encapsulated in the late 19thcentury by Theodor Herzl and his Zionist movement that propelled the initial waves of Jewish immigration to the Holy Land. For Jews everywhere, it is like returning ‘home’, even if (as in most cases) their ancestors have been exiled for 2,000 years. It is a divinely appointed location, and Jews have a divine right to live there.

And so Zion, as a homeland for the Jewish people, has also come to describe their right to self-determination in the re-established state of Israel. After all, Jews have prayed towards Jerusalem for thousands of years. Even the Western church, which has somewhat lost sight of its Hebraic roots, has traditionally built its altars facing east – towards Jerusalem!

But there are also Christian Zionists, who support Israel’s right to exist and make every effort to help them in any way they can, including sourcing the documents and finance to enable persecuted Jews to make ‘aliyah’ by becoming Israeli citizens.

So, more broadly speaking, Zionism is also an expression of longing by Gentiles who yearn for Emmanuel (God with us) to live among us, bringing love, joy and peace into our lives. This was clearly the sentiment behind William Blake’s patriotic British anthem Jerusalem, expressing the desire to bring heaven2 on earth to “England’s green and pleasant land” and sung with such gusto by thousands at the Last Night of the Proms in the Royal Albert Hall recently. Though the words are a little strange, seemingly wrapped up in a belief that the British are among the lost tribes of Israel and that Jesus actually visited these hallowed shores for which there is little evidence, it does surely echo something of a general longing for Christ to be among us.3

Christians United for Israel, noting the church’s “deafening” silence on the anti-Semitism scandal, points out that an attack on Zionism is also an attack on Christians.4

Remaining silent because of fears of engaging in what is deemed a ‘political’ controversy “could be one of the biggest mistakes by the church so far this century” because it is central to Christian faith and theology and “has consequences that may only be realised when the church becomes the next target of the same ‘flames of hatred’ that have reappeared throughout Europe”.5

In answer to the first question posed at the beginning of this article, well that’s a big subject that would best be tackled another day. But, in short, it is just because Jews are God’s chosen people that they are so reviled. It is a fit of jealousy on the part of all who rebel against God’s choice. But those who love God will love whoever he loves, especially Israel, “the apple of his eye” (see Zechariah 2.8).

1Metro, 31st August 2018
2Churches have long used Jerusalem as a metaphor for heaven.
3Blake’s poem, since put to music by Sir Hubert Parry, is apparently inspired by the apocryphal story that Jesus travelled to England in his youth, accompanied by his wealthy uncle Joseph of Arimathea. (Wikipedia)
4Christians United for Israel, 4th September 2018
5Ibid

Slaughter of the innocents