A Declaration of War 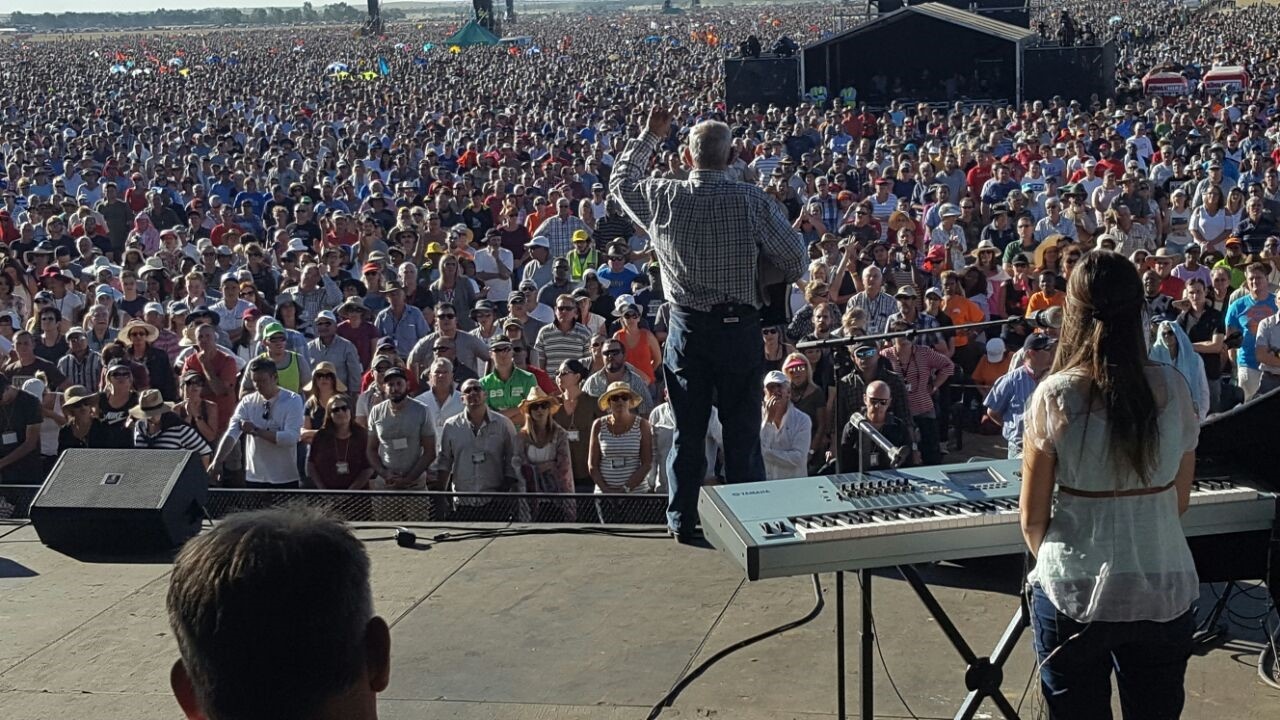 It’s time to take back territory from the enemy

As Jews everywhere marked their holiest time of the year seeking forgiveness of one another and of God1, they are experiencing unprecedented hatred around the world.

But a Zulu king has come to their defence, challenging the status quo of a South African government apparently steeped in anti-Semitism.2

At the same time millions of South African Christians – many of whom are strong supporters of Israel – are expected soon to descend on Pretoria, the country’s administrative capital, to continue praying against corruption and immorality in the nation.

As it happens, a call for Christians to prepare and pray for revival is increasingly being heard even in the UK, regarded now by some as practically virgin territory for the good news of Jesus – capable not only of transforming individuals and communities, but whole nations too.

All of this is very encouraging, but the South African situation in particular reflects the indelible link I believe exists between Jewish aspirations and revival.

The reason we are experiencing such a vicious attack on our Judeo-Christian foundations in the West is because…well, our foundations are Judeo-Christian. The Christian faith is firmly built upon its Judaic roots, without which it would never have blossomed nor continue to bear fruit. In fact, a church cut off from the nourishing sap of the ‘olive tree’ that is Israel will surely wither and die (see Romans 11.17).

So when the church begins once more to defend the Jewish people, as they should have been doing all along, blessing will start flowing again and revival could well ensue as we re-dig the wells of our faithful forefathers like Wesley, Whitfield and Wilberforce.

There’s clearly still all too little evidence of this in Britain, but in South Africa, the Zulu king of the Mthethwa tribe, a Christian, has come out in strong support of Israel following a visit to the Jewish state, adding: “The Jews are not going to suffer under our watch…We need to begin to vote according to our heritage as Christians.”3(The Zulus are the country’s largest tribe, thus having great potential for positively influencing the make-up of the South African Parliament, currently led by the anti-Israel African National Congress).

Expressing gratitude for being able to visit Israel on the bi-centenary of a royal ancestor’s death, the King said: “I understand there are people who have an interest in saying that there is apartheid, but without coming here, they simply feed on the media…I came to lend my voice of support that as a believer myself, I can’t keep quiet. I will mobilise Christians all over the world to support, because this place (Israel) is our tangible and intangible heritage site.”4

But South Africa’s Christian leaders are realists; they know their country is in trouble. Farmer-evangelist Angus Buchan, who called for a third It’s Timeprayer gathering on October 27 following previous meetings in Bloemfontein and Cape Town attended by a total of nearly two million people, says: “If God doesn’t intervene in South Africa, we could be on the brink of a civil war.”5
Yet prayers answered since the earlier two gatherings include the downfall of an allegedly corrupt President, the strengthening of the currency, the best maize yield in years and one of the wettest winters in many years following a three-year drought in the Western Cape.

But are British Christians serious enough about the need for change here; do we realise how close we are to the abyss? Or are we going to stand by and do nothing while the Jewish people in our midst suffer gross indignities and disgraceful treatment at the hands of our main Opposition party which, in general over the past century, has had a creditable record of governance?
The news media has given huge coverage to the ongoing scandal of anti-Semitic tendencies among our leading politicians and many of our Jewish friends are now seriously planning to leave the country – people who, for generations, have contributed enormously to our national pride and productivity, and without whom we would be sorely bereft.

But our pulpits remain largely silent. Does this not ring alarm bells? Have we still not learnt from history? Will we walk by on the other side of the road, ignoring the wounded victim of robbers, and do nothing? Will we ape the church in Germany which, for the most part, made no protest against Hitler?

Why is it that so many of us close our eyes and ears pretending the Jewish cause has nothing to do with us? And yet we owe them everything – our Bible, our civilization, and Jesus himself, the Jewish Messiah who, in his great mercy, also reached out to us Gentiles as he died to set us free from sin and condemnation (see Romans 15.27).

As King Mthethwa said: “It is clear that we need God… and it’s the God of Israel. That is the heritage we have been left with.”6

Here in Britain we have plunged to such depths of insanity that a senior policeman has become the subject of an internal investigation for encouraging his colleagues to be above reproach – or “whiter than white” as he unfortunately put it – in carrying out their inquiries. He now faces the sack for

alleged racist language and the inquiry is expected to take up to a year.7
Ironically, the officer is attached to the Metropolitan (London) force’s anti-corruption squad. But what could be more corrupt than embarking on such a waste of police time and resources as we face the constant threat of terror attacks?

It’s about as farcical as the conclusion to Lewis Carroll’s Alice in Wonderland, when Alice is called to give evidence at the trial of the Knave of Hearts, accused of stealing the Queen’s tarts. Her Majesty announces: “Sentence first – verdict afterwards.” And when Alice objects in the strongest terms, the Queen orders: “Off with her head!”

By which time, fortunately, Alice realises they are nothing but a pack of cards and wakes up from her strange dream.8

Lewis Carroll would not have had to be nearly so imaginative if he were writing for children today (the book was published in 1876). As fellow journalist Richard Littlejohn of the Daily Mail often puts it, you couldn’t make it up.

Borrowing Angus Buchan’s call-to-prayer catchphrase, It’s Time to wake up from our dream and pronounce a sentence of death on the odious politically-correct world of secular-humanism. Yes, let’s take a leaf from the farmer-evangelist’s harvest manual and say, It’s Time to take back territory from the God-haters and restore Christ, upon the foundations of which our great country was built, to his rightful place among us.

As the old hymn says, “On Christ the solid rock I stand, all other ground is sinking sand.”