The answer to climate change anxiety 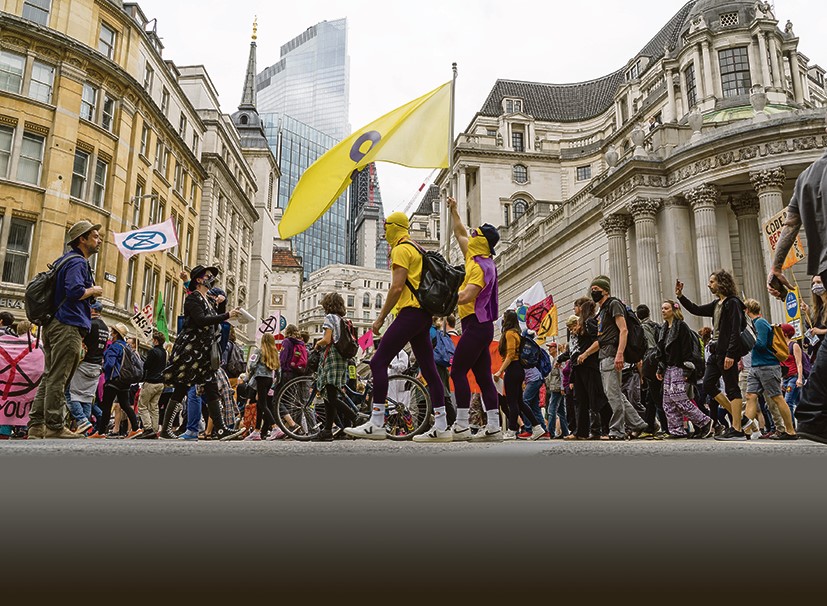 Modern paganism teaches that ‘Mother Nature’ functions independently of any divine involvement, but Scripture repeatedly refers to God’s control over the weather

In the last 18 months we have seen our society gripped by fear over Covid-19.

This has been stimulated by government pronouncements and advertising, and by the messages being conveyed day after day in the media.

This fear of a virus has come on top of the already-existing and ever-increasing fear of climate change.

Many young people in particular are apparently full of anxiety about the future of the planet.1

A survey of young adults aged 18 to 23 found that 67 per cent of them suffered adverse mental health issues to one degree or another because of climate change anxiety (reported by the American Psychiatric Association in October 2020).2

This sad prevalence of so much fear in the Western world is of course a result of nations casting off the authority of the Bible, which plainly teaches that fluctuations in the climate are an aspect of the providence of the Creator God. People fear climate change precisely because they do not fear the God of all Creation.

God is in control

Through the prophet Jeremiah the nation of Judah was denounced explicitly for failing to fear the God who ordains all weather conditions, and who blesses them by providing the harvest each year: “They do not say in their heart, ‘Let us now fear the Lord our God, who gives rain, both the former and the latter, in its season. He reserves for us the appointed weeks of the harvest’” (Jeremiah 5:24).

Scripture is replete with references to the Lord’s control over the elements. Paul preached in the city of Lystra: “(God) did not leave himself without witness, in that he did good, gave us rain from heaven and fruitful seasons, filling our hearts with food and gladness” (Acts 14:17).

Scientists, politicians and the media are all telling us that the world is facing an existential crisis due to global warming – which is especially related, we are informed, to the burning of fossil fuels.

For example, on 10 August the Daily Mail ran an article headlined, ‘Code red humanity: World must wake up’. Other newspapers had similar headlines, responding to a recently issued IPCC report linking climate change to heatwaves and droughts, and more especially to flash flooding in Germany and wildfires in Greece.

The report states that the rise in global sea levels is now irreversible and that it will carry on for hundreds of years. The world must act with urgency because every tonne of CO2 prevented from being released into the atmosphere will make a difference.

How discerning Christians need to be over this matter! The earth’s temperatures have in fact continually varied throughout history, doing so in situations where there was no corresponding change in man-made CO2 emissions.

In fact, a major factor in determining global temperatures is our sun. The amount of solar radiation which the earth experiences constantly varies in God’s providence because of “sunspots and faculae that change with time on the sun’s surface”.3

Every 11 years the number of sunspots increases and later declines.4 Thus sunspot activity explains, for example, the advent of the medieval warm period, which lasted from about 900 AD to 1300 AD. During these centuries the Vikings were farming in Greenland5 and good grapes were being harvested in southern England.6

In our evangelism we must tell the unbelieving world, including many young people, that they must stop fearing climate change and start fearing the God who continually sustains his Creation. The Bible tells us that Christ is “upholding all things by the word of his power” (Hebrews 1:3).

We must challenge the modern paganism which teaches that ‘Mother Nature’ functions independently of any divine control. We need to remind the fearful around us of the power of our Lord, of whom the disciples said, “Who can this be, that even the wind and the sea obey him!” (Mark 4:41).

Indeed, we have a wonderful promise in God’s Word about the general constancy of the earth’s climate within the framework of seasonal variation: “While the earth remains, seedtime and harvest, cold and heat, winter and summer, and day and night shall not cease” (Genesis 8:22).

So God’s Word specifically tells us that coldness and winters will be with us as long as the world lasts. The earth, therefore, will not succumb to a continual pattern of ever-rising temperatures. This assurance, however, does not preclude the advent on many different occasions of adverse weather conditions, which are a continual aspect of God’s providential control of his
Creation.

The Gospel is the answer

The whole phenomenon of climate change anxiety is ultimately indicative of men’s failure to believe in the trinitarian God, who sustains all that he has created.

As Christians we desire to help those overwhelmed by fear. The Gospel is the only answer.

We must point men to the crucified Saviour through whom they can receive mercy and salvation, and we must further tell them that the same Saviour is also the eternal Creator God, who continually upholds the natural world around them. As they turn to him, their disproportionate fears of climate change (and of viruses) will then be removed.

Rev Peter Simpson is pastor of Penn Free Methodist Church. In his recent book, ‘When a Nation Prays’ (advertised in this paper), Pastor Simpson highlights the remarkable hand of the Lord in controlling the weather at the time of the Dunkirk evacuation in 1940. Reference is also made to the providential break in stormy weather conditions enabling the D-Day landings to proceed in 1944, and the Lord’s aid in ensuring that the nation remained fed during the war years. The harvest in 1942, for example, was one of the most abundant on record.