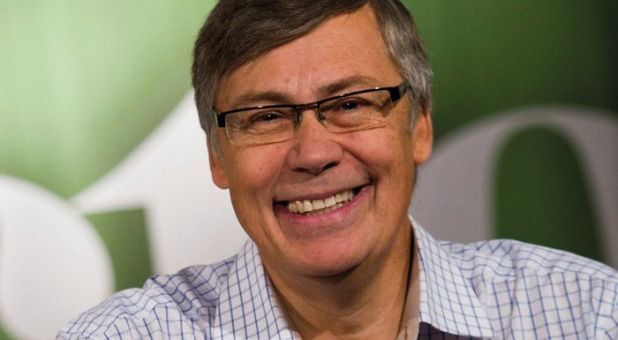 ULF EKMAN, THE WELL-KNOWN SWEDISH PASTOR AND WORD OF FAITH PREACHER, HAS ASTONISHED the Pentecostal and evangelical world by converting to Catholicism.

In a speech on 9 March announcing his resignation from the World of Life Church, which he and Birgitta have established over 30 years of ministry, he explained that this realisation had been developing over the last 15 years.

Helped especially to come to this point by the Roman Catholic Bishop Anders Arborelius and a Carmelite monk, Wildrid Stinissen, Mr Ekman, a former critic of Roman Catholicism, now says, “We realised how alive they are, how proficient and knowledgeable they are, how devoted they are and firm in their belief,” and claims that the Catechism is “the best book he has ever read.”

Born in 1950, Ulf Ekman was ordained in the Swedish Lutheran Church in 1979, becoming a university chaplain.  Following a brief period in the USA at the Rhema Bible Training Centre, he returned to Uppsala and founded the charismatic Word of Life Church in 1983.  The church in Uppsala grew to have 3,300 members and its own building, designed deliberately like an airport to encourage members to fly away on mission.

Word of Life had great influence internationally, especially in the USSR.  It has been estimated that between 250,000 – 500,000 people have been reached with the gospel by this church.  Closely associated with the Word of Faith movement, the teachings of the church were seen as radical and caused controversy in Sweden, even resulting in a bomb being thrown at the church.

Ulf Ekman also founded the largest Bible College in Scandinavia and the church had a Christian school and dreams of a university.  Mr Ekman resigned from the role of Senior Pastor in 2002 to concentrate on international ministry, spending time in Jerusalem where he started a study centre.  The fact that a new senior pastor, Joakim Lundqvist, has taken over as senior pastor also gives Ulf and Birgitta inner peace to move on, they told a Swedish newspaper.

The Ekmans’ decision seems to stem from a long standing yearning for church unity, from a series of incidents that the Ekmans believe were confirmations, and lastly from a specific prophecy received in February this year when Ulf Ekman was attending Kenneth Copeland’s Charismatic Evangelical Leadership Conference.  The conference had been addressed by Pope Francis via a video message.

One reaction from a board member of Word of Life Church was, “Well, we’ve suspected this for a long time.”

Sweden’s Evangelical Alliance praised the work of Mr Ekman but said that there were crucial dividing lines and  a number of issues over which the Evangelical Church and the Catholic Church disagree:  justification by faith, the relationship between scripture and tradition and the claim that the  Church led from Rome is the visible Body of Christ being some of these.  “One should not underestimate the pain and disillusion that this creates in many people today,” said Stefan Gustavsson, the General Secretary.