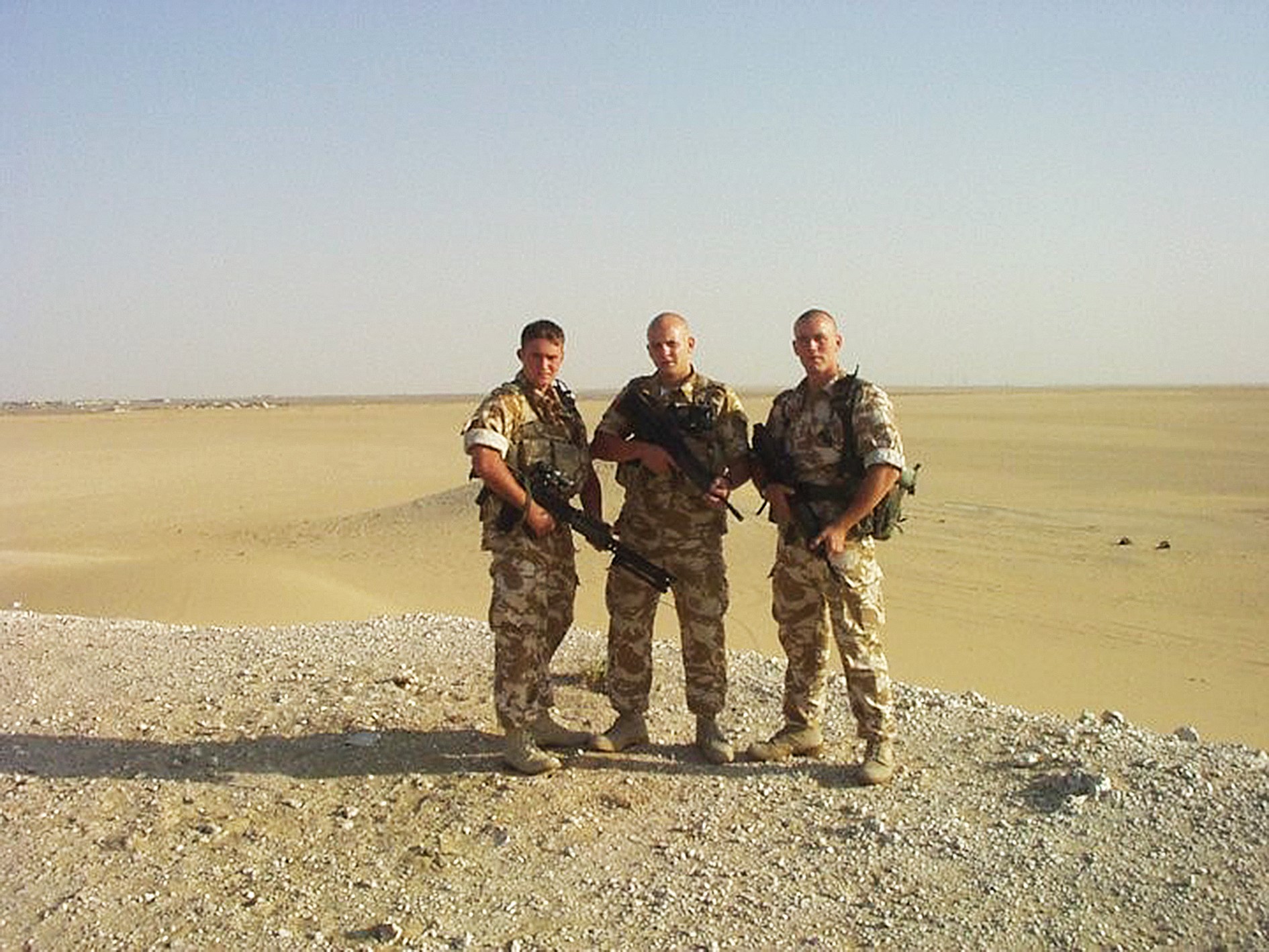 With war in Europe again, a new generation of soldiers is facing battle trauma

Here’s how one British soldier survived

Bruce McEwen survived the bombs and bullets of Belfast and Iraq, but when he was discharged from the military he faced a new battle that nearly took his life. It was only when he found Jesus that he found a new life worth living. Bruce tells HEART how he was set free from depression and alcoholism…

Being a soldier for me was everything; it was my very identity, my life. The military came first and my wife and marriage second.

But when I came back from my first tour in Iraq, I was not the same. I was unfaithful to my wife, became dependent on alcohol and made many silly, selfish choices.

Through a chain of events from leaving my wife to multiple relationships to serious drinking binges, I was on a path of self-destruction and trapped by the despair of depression. The internal grenade went off and I had a complete emotional and mental breakdown.

I was medically discharged from the military due to my broken state and serious attempts to take my own life.

I would hide behind the facade of being physically strong

Overnight I had gone from soldier to civilian and trying to fit into normal life was a battle. I would hide behind the facade of being physically strong, but truly I missed the structure and discipline of the regiment.

I missed the structure and discipline of the regiment

In fact, I was British Army born and bred; it was my identity. Born in Iserlohn British Military Hospital, Germany, into what you would call a typically dysfunctional British Forces family, I had followed my father into the RAF Regiment. I served over nine years as an infantry soldier and my job took me from the streets of Belfast to the desert of Iraq – when the trauma hit me.

The years after my discharge were a roller-coaster of trying to find myself. It took me through door security work, bodybuilding and truck driving to multiple relationships, all while battling despair, depression, suicidal thoughts and attempts on my own life.

I may have been out of the military and active service, but the war still raged on in my mind. The battle was for my soul and my sanity. A lot of days I was losing the battle badly. I hated who I was, what I had done and what I had become.

It was in 2009 when I was at my lowest and on the way out of this life for good that God got hold of me and stepped into my life when I had no desire for him.

I certainly wasn’t searching for religion or God

My wife took me to a modern church on an industrial estate near where we lived in Scotland. My only experiences of churches were of old traditional stone buildings and ministers who had the power to put you to sleep with their monotone voices. But this was completely unexpected. I certainly wasn’t searching for religion or God, yet I was open to see what this was all about.

He told us why Jesus had come to earth, why he went to the Cross and paid for all our sins and how he offers us forgiveness, acceptance and eternal life

Sitting there in my own thoughts, something came over me and I became extremely emotional for no reason. I felt wrapped up in a love and acceptance that I had never known before. For the first time in my life, I felt a belonging that was so new to me, beyond anything I could describe. After the music and singing, the pastor got up to preach. He preached like no preacher  I had ever heard before, and he had my full attention. He told us why Jesus had come to earth, why he went to the Cross and paid for all our sins and how he offers us forgiveness, acceptance and eternal life.

When the pastor finished, he asked if anyone wanted to come forward and receive Jesus’s invitation of forgiveness and salvation. Something inside me started to stir. It was as if my heart was encouraging me to go forward, but I wasn’t ready to – I was fearful.

On 4 October 2009 something happened to change me for ever

But after chatting with a couple called Roy and Ros who went to the church, Ros gave me one of her Bibles, and for the first time in my life I was truly keen to read it. That night I went home, opened that Bible and started to read. The following couple of weeks we both went to church meetings; something was really drawing me in and I couldn’t get enough of it. Then on 4 October 2009 something happened to change me for ever.

I was in church, listening to another powerful message, when suddenly I felt Jesus was talking directly to me, as if I was the only person in the room.

For the first time in my life, I felt a belonging

He was calling me by name to come to him and receive his acceptance, his forgiveness and his love for me. This time I went forward and gave my life to Jesus. The blinkers had been removed, and for the first time in my life I felt alive. I couldn’t describe the joy I was feeling inside, but I knew it was real.

I came to know that God loves me so much, no matter what I have done, and that through Jesus I am forgiven, loved, accepted and adopted as his child. I was offered another chance – a completely new life. I accepted Jesus’ offer of salvation so that I could come into relationship with Almighty God and call him Father and be his child.

Since giving my life to Jesus in 2009 it has not been an easy walk. Although it was my second wife who’d taken me to church, she didn’t become a Christian and our marriage fell apart. But despite all the stumbling and blunders I have made, God has been faithful and walked with me each step of the way.

God has given me Julie, a Christian woman who has been my wife now for ten years, and a stepson whom I love and treat as my own

I was freed from alcoholism and have been sober for over nine years. Through my journey with Jesus, he has restored to me what I lost and threw away.

I have two failed marriages behind me, a string of broken relationships, and the miscarriage of a child. But God has given me Julie, a Christian woman who has been my wife for ten years, and a stepson whom I love and treat as my own. God has also given me a good job; for the past eight years I’ve worked offshore as a steward on oil rigs.

In all my faults and failures, God has used me to reach out to other broken men, speaking of Jesus and what he has done in my life and what he can do in others’ lives if they will let him. Jesus has shown me what it is to love others unconditionally and what it is to be loved unconditionally. But most importantly, he is teaching me to be able to like and love myself again.

God has used me to reach out to other broken men

He took my old, bitter, hard heart of stone and gave me a new heart, a gentle heart – his heart which aches for the lost. I am free in his strength to let go of anger and offence, to be able to forgive others and be free of the guilt of my past and know I am truly forgiven.

I am now his soldier, fighting the good fight of faith 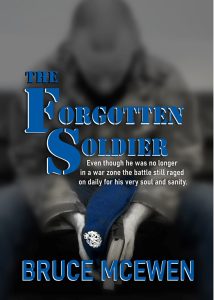 I am learning more and more each day of my identity as a child of God. I know one day I will step into eternity to be with Jesus for ever, but until then I am called to be here with the purpose of serving my Lord Jesus and sharing him with anyone who is prepared to listen.

I’m not perfect by any means, but I am forgiven. I am a work in progress. I am now his soldier, fighting the good fight of faith, pressing on for him.

If this message has impacted you in any way and you feel you would like to talk or know more about anything mentioned, please feel free to email Bruce at mcewenbruce@yahoo.co.uk or tel: 07824643082.

Bruce McEwen’s book, ‘The Forgotten Soldier’, is available on Amazon and Kindle.