Sex education: “too much, too young” 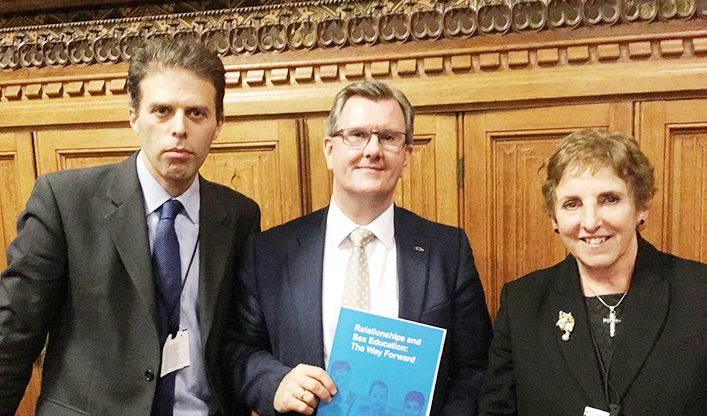 Concerned politicians believe sex education in schools is prematurely sexualising children – and it is set to get worse when the government makes these lessons compulsory in primary schools.

Facts of life in Britain today:

• sexting at an all-time high

• one-third of child abuse carried out by other children

• the highest number of teen pregnancies in Western Europe

Rev Rose said: “The problem is that RSE programmes up to now have been a disaster, not just in failing to protect children, but by actually contributing to – even causing – the very problems they’re supposed to stop. In fact, RSE appears to be prematurely sexualising children by giving them too much information, too young.”

VfJUK reports that the UK still has the highest teenage pregnancy rate in Western Europe – despite a recent drop. At the same time, doctors say teenage STIs are at an epidemic level, while even five-year-olds are reported to have accessed pornography, and sexting (texting sexualised images) is at a record high. Figures for child sexual abuse also show that one third of attacks are committed by other children.

Whatever the public response, the government has insisted that RSE will be mandatory – even in primary schools. Education Secretary Damian Hinds also intends to remove the
parental right to withdraw children from sex education, replacing it with just the right to request it – which the Head may or may not allow. Also, children will be regarded as able to make their own decision, which further undermines parental rights.

The public can still contribute to the online consultation, which is open until 7 November, and VfJUK is encouraging Christians to buy the report to give to their MP and distribute in churches.
It is available from their website: vfjuk.org.uk.