The Archbishop of Canterbury has called for rich Brits to pay billions more in tax to help the poor, who have been “receiving less than their fair share” for decades. 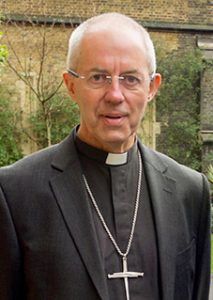 Justin Welby: calling for fairness to be put “at the heart of the economy”

Justin Welby’s proposals include hiking death taxes by £9 billion, increasing capital gains tax by £13 billion, and hitting tax-avoiding multi-nationals with an ‘Alternative Minimum Corporation Tax’ based on their estimated profits in the UK.

The ideas were released in a report that Mr Welby co-wrote for the left-leaning Institute for Public Policy Research. The extra cash would be used to increase the minimum wage and give £10,000 handouts to help young people get on the housing ladder.

Critics pointed out that if the wealthy are taxed more they will avoid paying or leave the country, reducing the funds available to help the poor, suggesting instead that the government should cut taxes for the lowest paid.

The Archbishop also hit the headlines for criticising Universal Credit at the TUC Congress in September.

Sex education: “too much, too young”